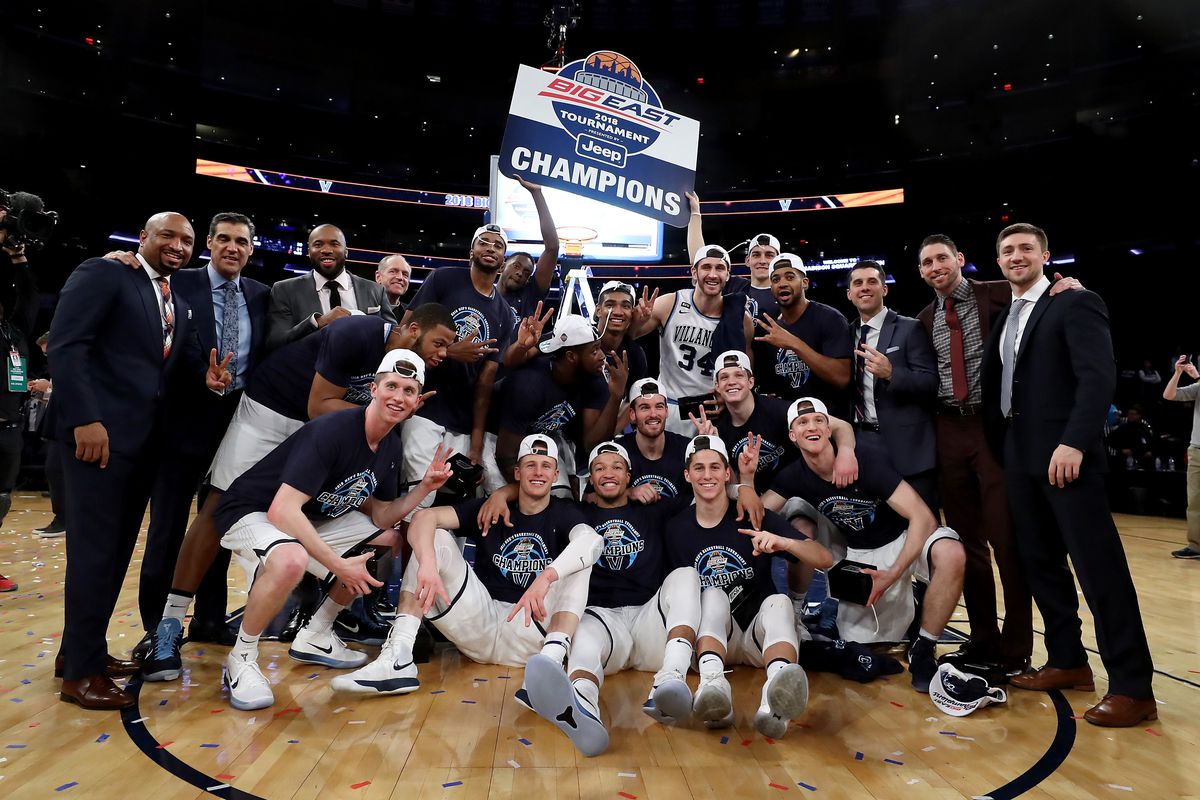 Last season, the Big East took a jump in the right direction.  While most media members shared the same thought that it was a young conference with Villanova as the only true contender, these ten teams thought otherwise.

Sure, Villanova was dominant, but Markus Howard and Marquette proved their worth on the national stage, while Myles Powell led a deep Seton Hall Pirate roster to upsets of ‘Nova, Marquette, and the Kentucky Wildcats.

During the offseason, the Big East got great news, as charter member UConn announced their intent to re-join the conference in 2020.  Although this won’t happen until a full calendar year, it is still fun to think about having the Huskies back where they belong.

The hype into this season is real.  Howard and Powell return, making it a true race to the top for the crown jewel in the Big East.  Xavier hopes to improve with Travis Steele now comfortable with his experienced roster.  Even DePaul looks in line for an improved season, as Charlie Moore just became eligible and Paul Reed looks to step up his already talented game even more.

Look, there’s a lot to like here.  Myles Powell is one of the most potent players in the country and will share the backcourt with a fellow senior guard.  This team also can go eleven – yes – eleven deep on ANY night.  Pair that with the fact that they have two 7-feet-2-inch centers who will both share time with three other kids 6-feet-10-inches or taller, and you have an experience, big team, with a top notch scoring option.

Jay Wright’s club isn’t the favorite for the first time in a while, but trust me, they will still be right on the national scene.  Collin Gillespie will have to prove that he can lead this younger team than Wright is used to.  However, if Saddiq Bey or Dhamir Cosby-Roundtree can elevate their games, this will be a 25 win team.

Travis Steele has the best chance of any Big East team to make a mark on ‘Nova and ‘The Hall’.  Quentin Goodin can score, Paul Scruggs can too, and Tyrique Jones is one of the toughest players in the conference to box out.  This team is a handful to defend.

Creighton has been a little slept on and not for good reason.  Ty-Shon Alexander and Davion Mintz are as good as a 1-2 combo in the country.  Markus Zagarowski can really play, and this team has decent big men, making them a tough out on any night.

If you thought Markus Howard took a lot of shots last season, wait til this year.  Coach Woj loses his best spot up shooters in the Hauser brothers, but the trio of Howard, Theo John, and Sacar Anim is still potent on both sides of the floor and will get this team back into the ‘Big Dance’ come March.

I’m a believer in Alpha Diallo.  If he can truly improve on his game, this is a Friars team that can potentially make a case for an NCAA Tournament bid.

Kamar Baldwin is a top notch player in this conference, which is what separates Lavall Jordan’s club from the bottom three.  With that being said, this is still a team that is not ready to compete for a Big East Championship.

Jessie Govan is a big loss on a team that relies on its’ big men, has a former center as its’ coach, and doesn’t have a great option to play the five.  If Omer Yurtseven can play to his potential at NC State, this could change, but there isn’t much to like about this roster.

Charlie Moore’s eligibility was a big part of this ranking, and if Paul Reed improves, this team could win close to nine games in Big East play.

A new coach in Mike Anderson, the loss of Shamorie Ponds, and just overall turmoil in the Queens doesn’t bode well.  St. John’s will struggle in 2019/20.