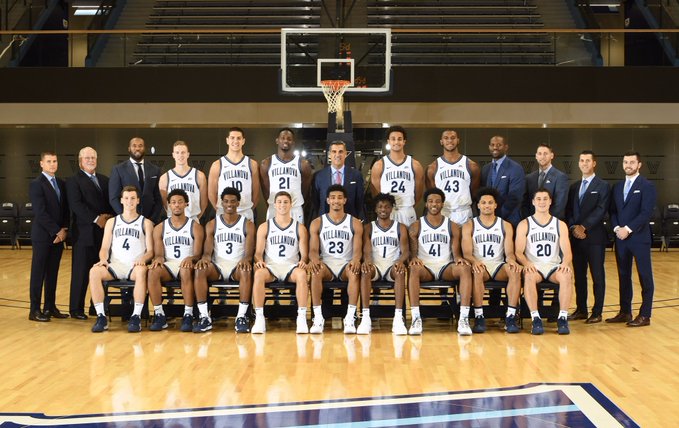 Jermaine Samuels. Samuels will have to play big for Villanova to be successful. With his ability to defend in the post and also spread the floor on offense he is a dangerous weapon for the Wildcats. If Samuels can stay consistent and out of foul trouble they are guaranteed a gritty leader on the floor.

Villanova may be living out the days of old, living by a roster with no household name. Kyle Boone of CBS Sports has Bryan Antoine as the 18th overall pick in the 2020 NBA Draft. Others see Jeremiah Robinson-Earl as high as the 9th overall on the board. One thing is certain, the Wildcats will spend this season as a team and avoid the star-studded season from a year ago. The Wildcats look to be adding by subtracting after the departure of Phil Booth and Eric Paschall.

Collin Gillespie will be the outright leader of the team who coach Jay Wright hopes can also fill the stat sheet. Gilespie averaged 10.9 points and 2.8 assists last season and returns as the team’s highest returning scorer.  Gilespie will be able to help spread the floor and returners Cole Swider, Dhamir Cosby-Roundtree, Jermaine Samuels, and Saddiq Bey will all provide the Vilnova tough mentality to prepare these young stars for the season. Samuels and Bey should provide much of the team’s success as both slowly and progressively improved throughout last year. The question will be if these three can handle being the big man on campus? A five-man freshman class will provide quality minutes and a spark for the Wildcats as well. Villanova enrolls the fifth overall class according to 247 Sports. Jeremiah Robinson-Earl and Bryan Antoine are both five-star recruits ranked 16th and 17th respectively. Robinson-Earl will fight for minutes with the heavy-laden forwards the Wildcats have and may even see some time at center with Villanova offering a smaller lineup. Bryan Antoine should be an instant boost when he returns from shoulder surgery and Justin Moore looks to play his way into the starting lineup. One also can’t forget to mention Chris Arcidiacono the younger brother of Ryan Arcidiacano who led Villanova to a National Title in 2016.

The Wildcats will do much of the same as they spread the floor, share the ball, and rely on the hot shooter of the night. The defense was not as strong as usual last season but expect this team to defend with a sense of urgency. With the lack of a heavy favorite star, Villanova will bring back what Jay Wright does best, team basketball.