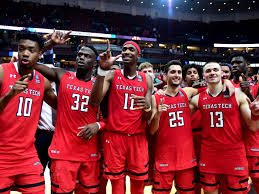 Chris Beard’s Texas Tech Red Raiders are now one win away from raising the National Championship trophy. The Red Raiders top rated defense once again proved its’ worth in a 61-51 grind it out victory over Michigan State Saturday night in Minneapolis.

The Red Raiders were led by junior Matt Mooney, who scored a game high 22 points on 8-for-16 shooting, making 4-of-8 of his 3-point attempts. Mooney controlled the pace all night on offense and was able to take advantage of his match-up against a smaller Cassius Winston.

Texas Tech entered the locker room leading 23-21, holding the Spartans to their lowest offensive scoring half of the season. After a Cassius Winston layup cut the Red Raider lead to 19-18 with 7:37 left in the first half, the Spartans were held scoreless for over six minutes, not making another field goal until Winston hit a three-pointer with 1:09 left.

Tech star Jarrett Culver was held to just one point in the first half after going 0-for-6 to start the game, but finished the contest with 10 points, making important baskets down the stretch.

In the second half, the Red Raiders jumped out to a 12 point lead with 11:18 left after a Matt Mooney three gave Texas Tech a 45-33 advantage.

The Spartans fought back per usual, and found themselves only down one with 2:55 left, after an Aaron Henry layup cut the Tech lead to 52-51. On the following offensive possession for Texas Tech, Jarrett Culver hit a runner to increase the Tech lead back to three, and from there the Red Raiders were able to pull away.

With the win, Texas Tech will face top-seeded Virginia Monday night in the title game. Tip off is set for right around 9:20 p.m. ET.