Recapping Day One of the Elite Eight: Texas Tech and Virginia Advance 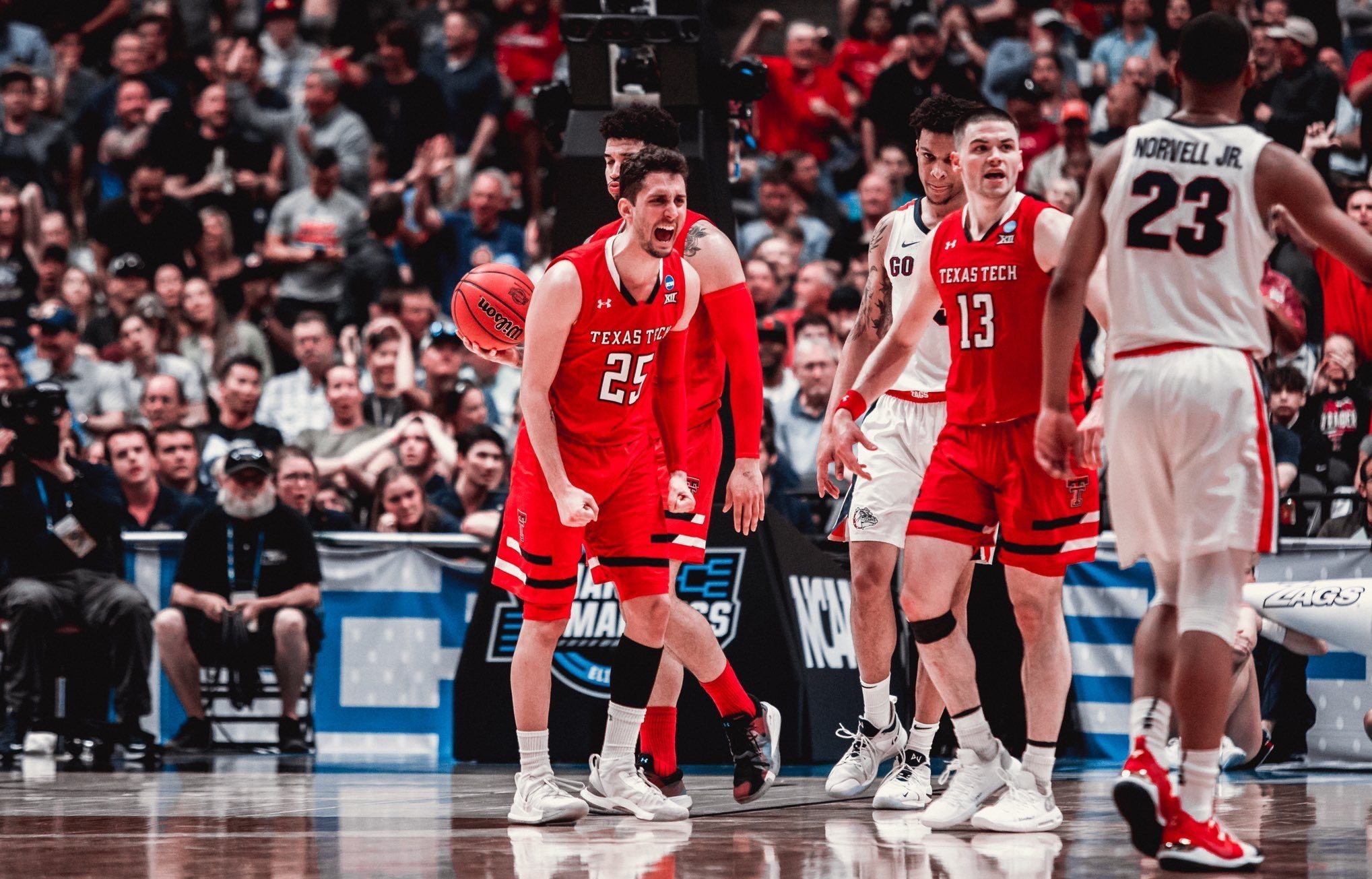 Resiliency! Arguably the best day of the tournament so far all defined by resilience. Texas Tech, Gonzaga, Purdue, and Virginia showed the world that they meant business but sadly only two could move on to the Final Four.

In the early match up #1 Gonzaga took on #3 Texas Tech. Tempo was the name of the game. The Texas Tech Red Raiders, known for their defense, wanted to slow things down. Wanted to make things difficult in the half court for Gonzaga while still being able to run their offense. Gonzaga, on the other hand, wanted to push the ball and run the court. They were looking to take quick shots before the Red Raiders had a chance to set their defense to make it difficult to score.

Both controlled the tempo for parts of the game. A meticulous lethargic pace would soon quicken into a thoughtless energetic burst. Gonzaga would then hold the advantage and looked their best firing at will with no defense to stop them and no time to think. However, Texas Tech answered every single time. Both teams would get out and run and make consecutive three-pointers and Gonzaga couldn’t get any separation from the pesky Red Raiders. For a majority of the game, Texas Tech did exactly what they wanted. They forced Gonzaga into 16 turnovers. They made the Bulldogs play in the half court. But most importantly they held the best offense in college basketball to 69 points, 19 below their average.

Neck and neck throughout, Texas Tech just did a little more. Their resilience was undeniable. Gonzaga would open up a slight lead only to see Texas Tech make the play it needed to hold off the Bulldogs from extending that lead further. Soon enough it was Texas Tech who held the lead holding off run after run by Gonzaga to regain control of the game. Twice Davide Moretti made a three-point basket after the Bulldogs cut the lead down to one possession. Then to seal the game Tariq Owens blocked an attempt from three, tracked down the loose ball and sent Red Raider nation into a frenzy as the Red Raiders knocked off Gonzaga 75-69.

With all the excitement from the first game of the night, Purdue and Virginia did not disappoint. Purdue came out of the gate firing at will and hitting shot after shot opening up a ten point lead in the first half. But like Texas Tech, Virginia had their own finding of inner resilience as they fought their way back to trail by one at the half.

Carsen Edwards was inhuman for Purdue. Edwards finished with 42 points and made ten three-pointers as Virginia had no answer for the Boilermaker’s point guard. Ty Jerome and Kyle Guy however, were willing to tag team an effort to match Edward’s performance. Virginia turned their ten point deficit into a nine point lead in the second half. Purdue however, always had an answer, Carsen Edwards. After trailing big it was back and forth trading baskets and trading the lead for the final four minutes of regulation.

After an amazing performance, Edwards banked in a three with 1:11 to play giving the Boilermakers a two-point lead. With 0:17 left Purdue extended that lead to three with a free throw by Ryan Cline. Up three and Virginia’s ball Purdue decided to foul and put Virginia on the line. Ty Jerome made the first and then purposefully missed the second. The ball was tapped out all the way down the court picked up by Virginia’s Kihei Clark who quickly made a long pass up the court to Mamadi Diakite whose floater left his hand as time expired. Swish! Tie game and overtime. After exerting so much in regulation Purdue seemed to be deflated but still was resilient throughout. Down one with time running out Carsen Edward missed a three point attempt and the foul game began. A turnover on Purdue sealed their fate as Virginia advanced to the Final Four 80-75.