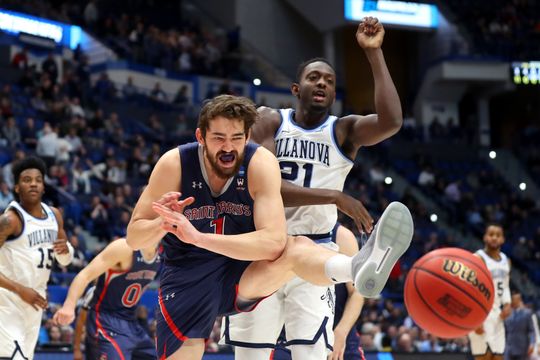 Saint Mary’s earned the #11 seed in the NCAA tournament by taking down Gonzaga in the WCC tournamnet but was unable to do do the same to the Big East champions. In a low scoring afair Malik Fitts and Jordan Ford led the way for the Gaels with 13 each. The Gaels played well shooting 41.8% from the feild but were unable to put pressure on the Villanova defense as they only atempted six free throws and only trapped Villnova into commiting seven fouls in the entire games.

As well as Villanova played on defense they exceeded their performance on the offensive side as they shot 49% from the field as a team and 40% from behind the arc. Phil Booth led the way for the Wildcats with 20 as he took control of leadership role for the Wildcats and showed his performance in the tournament. Villanova’s second star was Eric Paschall who added 14 points.

Saint Mary’s led after the first half but Villanova kept the pressure on and took the lead in the second and was not willing to relinquish the lead. Villanova played a slow methodical pace and was able to keep Saint Mary’s out of transition.

While Saint Mary’s season comes to an end they should be proud of what they were able to accomplish for the season.

Villanova will move on to the round of 32 for the seventh straight season and will play the winner of the Purdue Old Dominion game on Saturday, March 23.