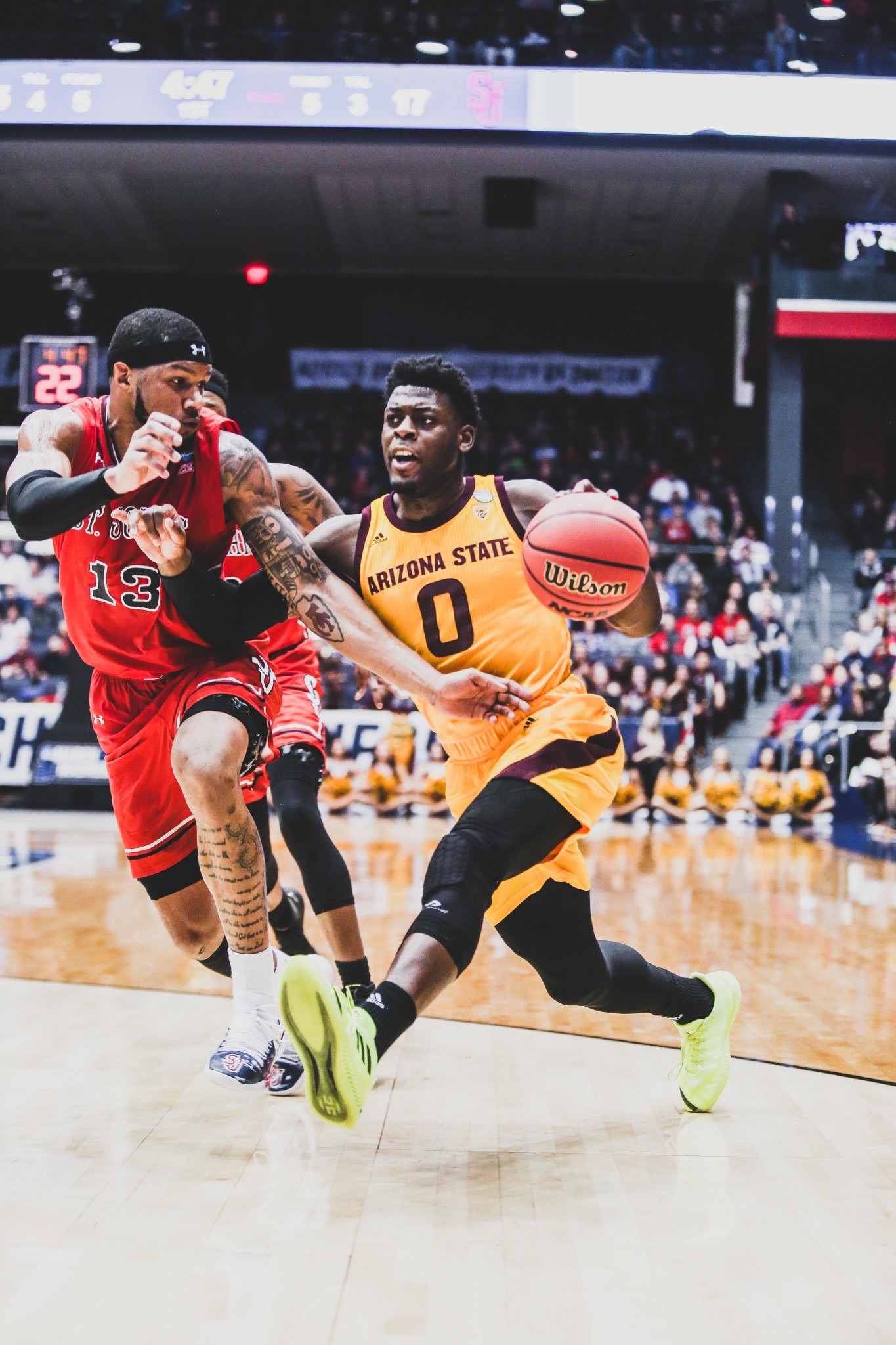 Luguentz Dort led the way for the Sun Devils with 21 while Zylan Cheatham added 14 in a game where Arizona State won the battle of ugly play. The Sun Devils as a team turned the ball over 21 times and gave up 16 offensive rebounds but were able to force St. John’s into 16 of their own while keeping the Red Storm off guard and forcing St. John’s into bad shots and holding the Red Storm to 31.9% from the field.

St. John’s high hope for the season has now ended with a bitter taste. After a 14-1 start to the season the Red Storm finished the season 7-12 and after earning a birth to the NCAA tournament for the first time since 2015 saw their season end in the First Four. The Red Storm were held scoreless for multiple droughts throughout the game and despite making a few runs to cut their 18 point deficit down to seven the Sun Devils were too much in the end. Shamoire Ponds led the way with 25 for the Red Storm shooting only 8-20 from the field. LJ Figueroa added 19 but the Red Storm shot poorly all over and shot themselves in the foot as they shot 13-23 (56.5%) from the charity stripe.

The game will be played Friday, March 22 at 4 EST.