Tigers Get Past Bulldogs 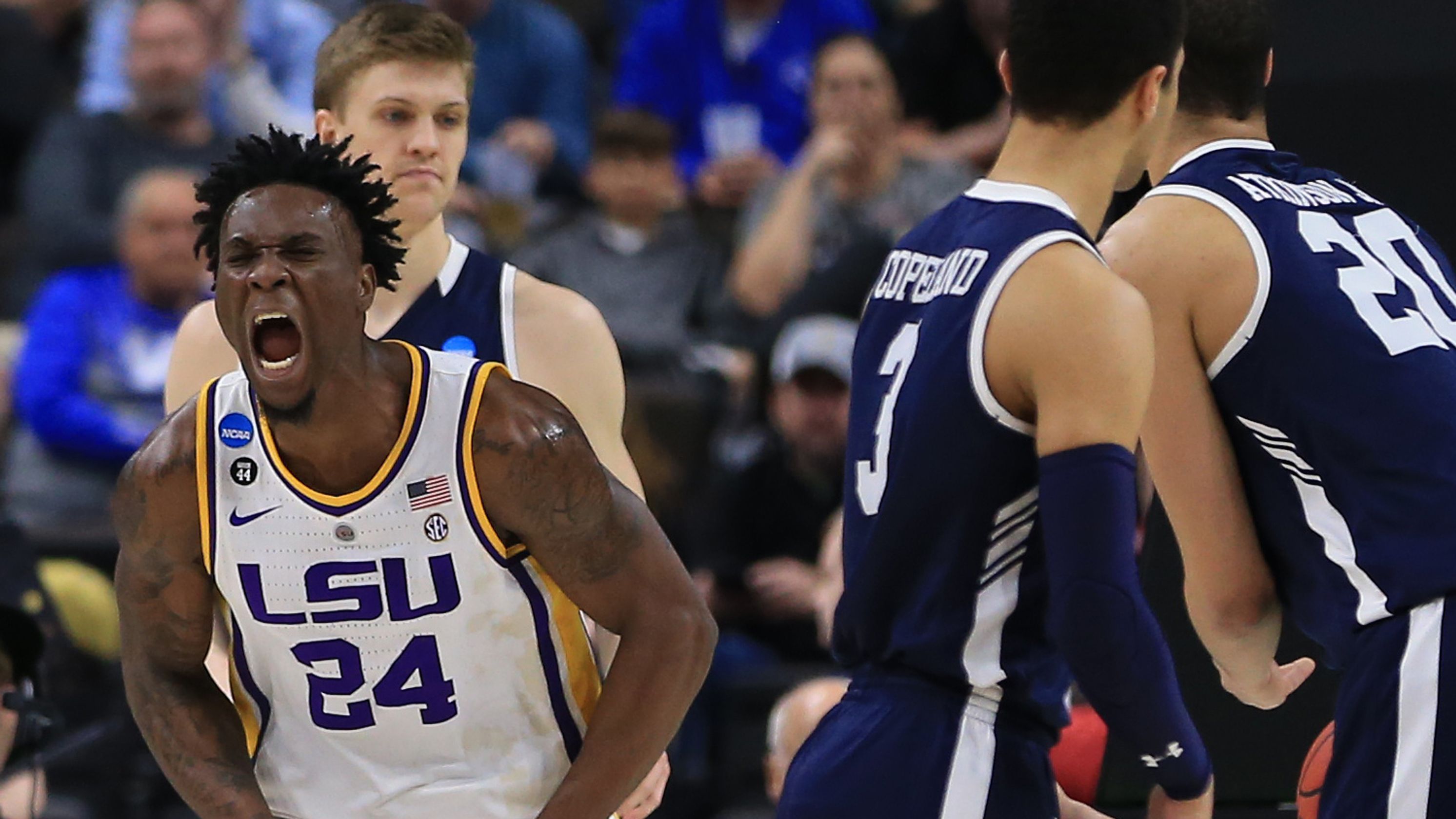 The LSU Tigers might not be smarter than the Yale Bulldogs, but they are way more athletic and talented. Skylar Mayes, Naz Reid, Kavell Bigby-Williams, and Tremont Waters helped push the #3 seed Tigers to a win over a smart and relentless #14 seed Yale Bulldogs team. Each of those players mentioned put up double figure points and contributed 58 of the Tigers 79 points. LSU opened the game as 7 points favorites with the over/under at 158. The Tigers started the game off with a 9-0 run, until Yale settled into the game and started to make threes. Midway through the first half, the Bulldogs were only down 5, until the Tigers made a run and extended their lead to 16 at half leading 45-29. Yale was able to come back by hitting 3’s and playing turnover free basketball. The Bulldogs made it interesting late by bringing the game to within 4 points, but their comeback wasn’t enough as LSU was able to hold on for the win and avoid an early exit with the final score being 79-74. The Tigers will face #6 Maryland in next round as the try and continue their quest for a championship.