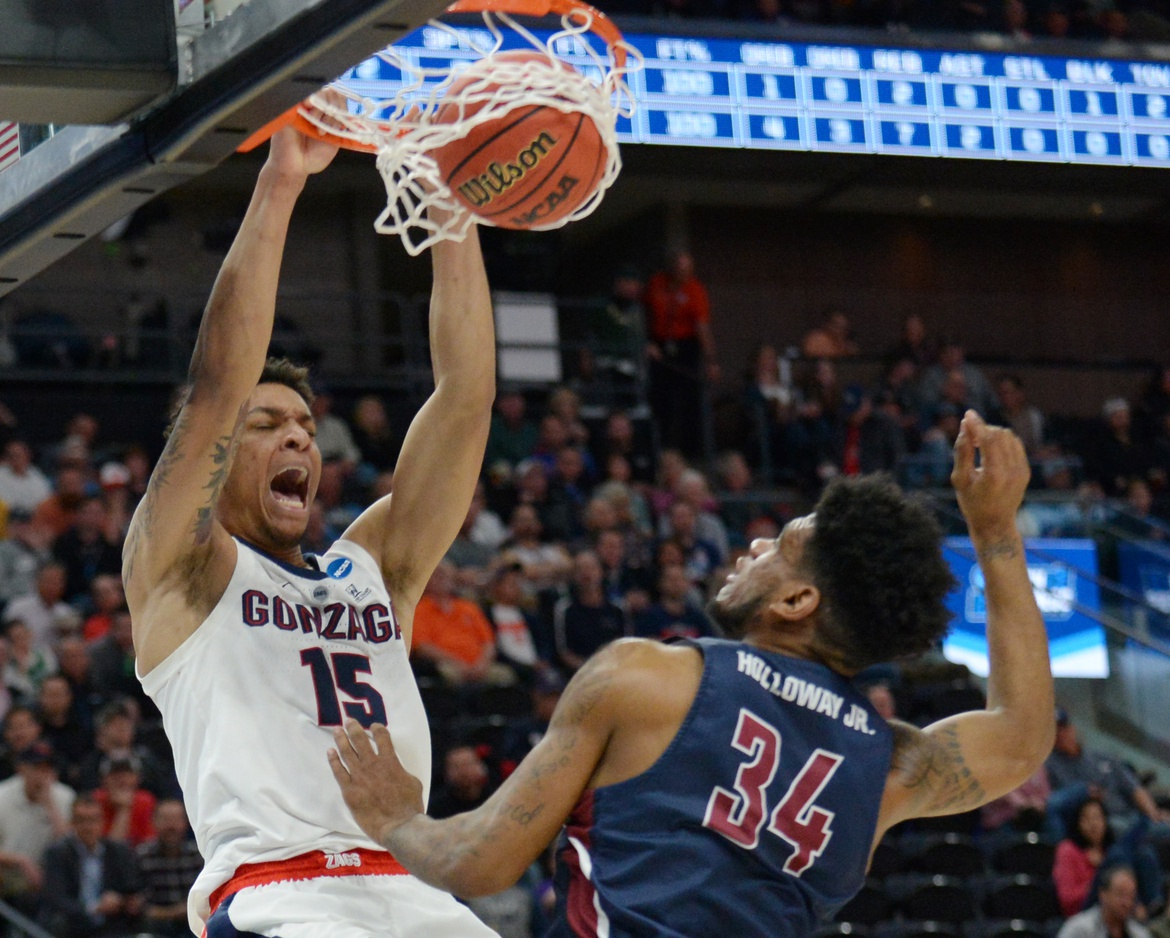 The game that was over before it ever started. The #1 seed Gonzaga Bulldogs beat up on the #16 seed Fairleigh Dickson Knights and frankly the game was never close. Gonzaga opened the game as 28.5 point favorites and made it their goal to cover the spread. The over/under was posted at 153. The Bulldogs started off strong and never let the Knights into the game. They were making every shot and made their lead 53-17 at halftime. Usually when you only score 17 points in a half, you don’t win the game. But especially when you are playing against the top see in the west region. Rui Hachimura lead all scorers with 21 points along with 8 rebounds. Gonzaga was able to spread the love with 9 different players scoring and 5 of them getting in double figures. The final score was 87-49 with Gonzaga coming out on top, covering the spread, and hitting the over. Next up for Gonzaga will be the winner of the Syracuse vs Baylor game.