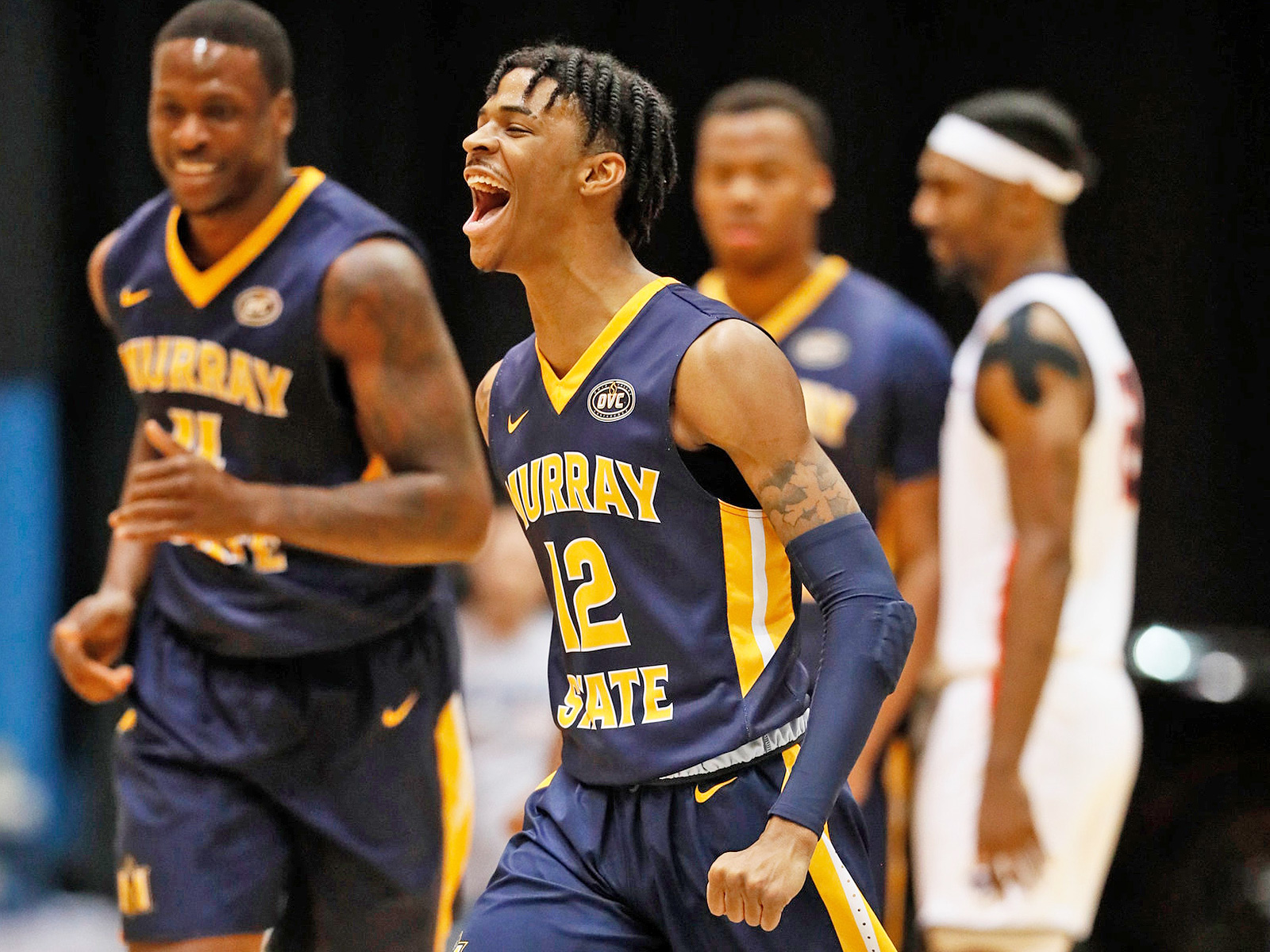 As the First Four tips tonight in Dayton, the 2019 NCAA Tournament is upon us.

Here are the top 5 first round match-ups to watch:

An East region first round match-up, as the automatic qualifier from the A-10 Saint Louis meets a hungry Virginia Tech team. The Hokies have had a very under the radar year that included signature victories over Purdue, Washington and Duke. Senior guard Justin Robinson will be back, as the Hokies went 7-5 with Robinson sidelined after starting 17-3 with him in the lineup.

St. Louis on the other hand, was arguably the most talented team in the A-10, but finished 6th in the regular season. Tramaine Isabell (Missouri transfer), Javon Bess (Michigan State transfer) and Jordan Goodwin (Former ESPN Top 100 Recruit) all average double figures and lead the charge for the Billikens.

It is worth noting, these two teams met in the 2K Classic a season ago, with the Billikens winning 77-71. With the majority of both rosters back from a season ago, I think the Hokies will do just enough to survive and advance. Like the Billikens to keep this one close as their defense ranks 27th in efficiency (according to KenPom), and although Robinson is back, conditioning could be an issue for a player who missed the last 12 games.

At 30-4 the New Mexico State Aggies have as much confidence as any mid-major going into the big dance. Winners of 19 straight, the Aggies are led by Terrell Brown and AJ Harris. The Aggies are a fairly balanced team, as 6 players average at least 7.5 points per game. In last years tournament, the Aggies were also a 12 seed and fell to 5th seeded Clemson 79-68 in round one.

We saw the potential Bruce Pearl’s Tiger squad has, as the Tigers won the SEC Tournament as the 5 seed with wins over South Carolina, Florida, and Tennessee. The Tigers live and die by the three, something that could be a cause for concern for any team traveling to play on a neutral court. As long as Bryce Brown and Jared Harper don’t get fazed by the moment, the Tigers should be able to fend off the upset minded Aggies. Should be a good one in Salt Lake City.

Another 5-12 match up, as the Wisconsin Badgers try to slow down the red-hot Oregon Ducks. As a team that was not projected to make the Big Dance a week ago, Dana Altman and the Ducks put on a clinic in Sin City, defeating Utah, Arizona State, and Washington en route to a Pac-12 Tournament Championship.

The Ducks are no stranger to March, as they made the 2017 Final Four, a run led by Tyler Dorsey and Jordan Bell. Another player on that 2017 team who was probably forgotten, Payton Pritchard. Pritchard was only a freshman when the Ducks lost to the eventual national champion North Carolina in the Final Four, and Pritchard is back in the tourney ready to make some noise. The Ducks have as much talent as any team in the Big Dance, as 5-star freshman Louis King will be a very tough guard for the Badgers.

Wisconsin just needs to play their brand of basketball, slow tempo, protect the basketball, and defend without fouling. Although the Ducks have superior talent, the Badgers give many teams fits come March, and if the Ducks aren’t careful, their Cinderella type finish to the season may end with a first round loss to Ethan Happ and the Badgers.

Another very intriguing first round match-up, as Eric Musselman’s Nevada Wolf-pack try to make another run in the big dance. They will have to go through Mike White’s Gators, a team coming off a solid performance in the SEC Tournament, which included a win over top seeded LSU at the buzzer.

The Gators have the size and athleticism to match up with the Wolf-pack, but can they make consistent shots? With KeVaughn Allen and Jalen Hudson, the Gators are capable of out shooting anyone, but something tells me Jordan Caroline and the Martin twins will have something to say about that. The Wolf-pack have the makings of a potential sleeper team in the West region, and if they are able to take care of the Gators in round one, watch out.

Rounding out this list, the top match-up in the first round features two of the most fun players to watch in college basketball: Ja Morant and Markus Howard. After finishing the season losers of 5 of their last 6, the Golden Eagles are looking to quiet all the critics saying they won’t make it past Ja and the Racers.

Personally, I think this Murray State team is a bit overrated, as they needed a last second shot by Morant to beat Jacksonville State in the semi-finals of the OVC tournament. Their championship victory over Belmont was also impressive, but the Bruins do rank 127th in defensive efficiency (according to KenPom), while the Golden Eagles rank 35th. The last time the Golden Eagles made the big dance in 2017, they lost to the eventual Final Four team from their region, South Carolina. In a game Woj and the Golden Eagles have prepared a few days for, they should be able to fend off Ja and the Racers.