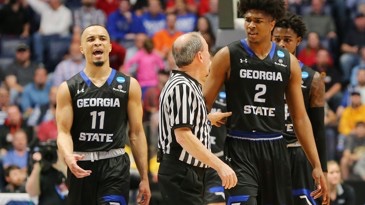 Georgia State punched its ticket to the big dance with a 73-64 win over UT Arlington in the Sun Belt title game. Malik Benlevi’s 16 points brings the Panthers to their second straight tournament victory and NCAA Tournament berth.

After falling behind early, Ron Hunter and company gained an eight point lead with 4 minutes to play in the first half. After cutting the lead to 1, UT Arlington brought the game to within 5 at the break.

The favorited Panthers began the second half strong, going on a 7-0 run to grab a 43-31 lead. The Mavericks shrunk the lead to as little as 4, but it was too late, as Georgia State converted on late game free throws to punch its ticket to March Madness.

Georgia State will wait to hear its seeding later tonight, as Rom Hunter looks to send favorited teams home early from the field.