Oregon steals a spot in the tournament, upsetting Washington in the Pac 12 Final 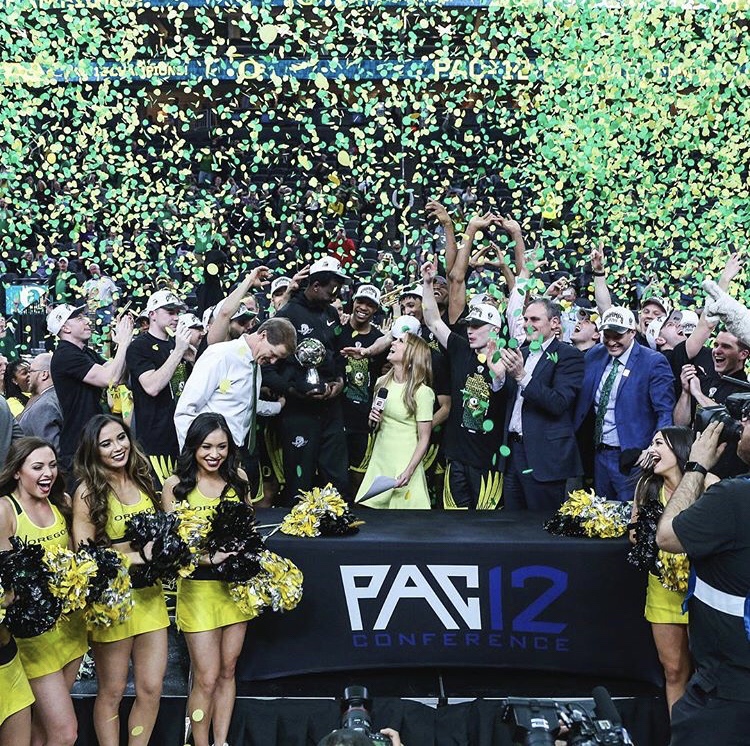 At the beginning of the season, Oregon winning the Pac 12 seemed like a no brainer. Many people, including myself picked them to win then, but the season took a turn for the worst after star center Bol Bol was injured and was forced to miss almost the whole season. The Ducks then proceeded to lose to easy teams in non conference, and struggled to a 10-8 record in Pac 12 play, good enough for 6th best in the worst Power 5 conference.

The beauty of March is the many upsets and close games, and Oregon made sure to get their share of both, overcoming the odds to defeat Washington in the Pac 12 final and secure a spot in the NCAA tournament.

The first half was a very close one, with neither team able to pull away from the other. Oregon led most of the half, but never by more than one or two possessions. At the half, Oregon led by just two, and it seemed like anyone’s game there.

The second half was a whole different story, it was all Oregon from the start. They went on an 18-4 run to take a commanding 16 point lead with 10 minutes to go. The only good thing to happen to Washington was a steal by Matisse Thybulle, which made him the all time steals leader in the Pac 12, passing Gary Payton. Besides that, it was all downhill for the Huskies, who seemed lost for the whole second half before losing by 20.

Peyton Pritchard, the Pac 12 tournament MVP, had a big final, scoring 20 points while shooting 7-9 from the field. He also added 6 rebounds and 7 assists. Louis King and Paul White added 15 and 14 points to the scoring total. For Washington, they didn’t have a single double digit scorer, which is never a key to a victory. Jaylen Nowell and Thybulle both struggled, combining for only 12 points on 4-15 shooting.

Oregon is a very hot team right now, and have more upsets on their mind. They are projected to enter the tournament as an 11 seed, and could very easily pull off a first round upset. For Washington, they should be watching Bracketology very closely today. They didn’t beat a single team projected to play in the tournament, and the selection committee may not be too kind to them for that reason. While they should be safe to play in the tournament, don’t be surprised if they’re seeded lower than expected.

That wraps up an abysmal season from the Pac 12. All eyes are on next year, which is supposed to be a big year for the Pac 12 and a step in the right direction for the conference that used to be called the conference of champions.