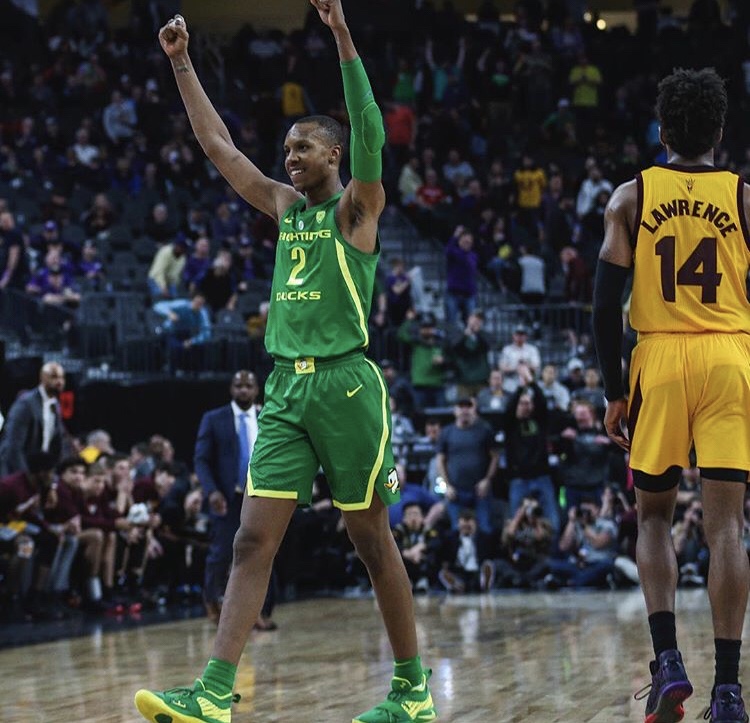 It was an exciting day in the Pac 12 semifinals, with 4 teams coming into the day all hoping to win the tournament and earn an automatic bid. The two games, Washington vs Colorado, and Oregon vs Arizona State were both very close, with one even needing extra minutes to find a result. There were two teams in the end who came out victorious and advanced to the final.

The first game of the day was Washington vs Colorado, which turned out to be much closer than people expected. Colorado, who were considered the underdogs in this one, actually controlled the first half, and led by 6 at halftime. Guard Tyler Bey ran the offense for Colorado, and did a great job controlling the tempo and giving this Colorado team the early advantage. Unfortunately for Colorado, they couldn’t get any scoring from the rest of the team, and that caught up to them in the second half. Bet was the only Colorado player to finish in double digits, scoring 22 points. This allowed Washington to come back with some big buckets from the two headed monster of Jaylen Nowell and Matisse Thybulle. Washington started to pull away around the mid point of the second half, taking an 11 point lead with 7 minutes left after a Noah Dickerson layup, and held on after that. This marks the end of a successful season for Colorado, who were just short of a chance at making the tournament.

In the later game, there was a lot more excitement. Oregon came out strong, jumping out to a 17-5 lead early and keeping a lead until halftime. They led 35-28, an impressive offensive performance by a team who needed an extra push to best this ASU team. The second half was a much different story, with the excellent coaching of Bobby Hurley and the great all around play from players like Lu Dort, Remy Martin, and Zylan Chatham. They completely turned around the game, and led by as much as 7 with 4 and a half minutes to go. Oregon wouldn’t accept defeat; the combination of Peyton Pritchard and Egan Amin kept this game from getting out of their control, and a three by Amin with 1:33 left in the game forced it into overtime. In the overtime period, Oregon came out as the team wanting it more, going on a 9-1 run to take an 8 point lead with 3 minutes to go. ASU fought back, cutting the lead to 3 with a minute to go. After a Paul White missed three, ASU had a chance to tie it up, but Lu Dort came up short on the game tying three and Oregon pulled off the upset to keep their tournament hopes alive.

Washington is currently projected as an 8 seed, and with a win in the final, they will hope to jump up to a 7 seed and play a worse team in the first round. If Oregon wins, they steal a spot in the tournament, which can knock out a bubble team and cause a lot of drama. This game holds a lot of implications for both teams, and should be a very fun one. The final is Saturday at 10:30 PM ET, so after what should be an exciting ACC final, make sure to tune into this game.