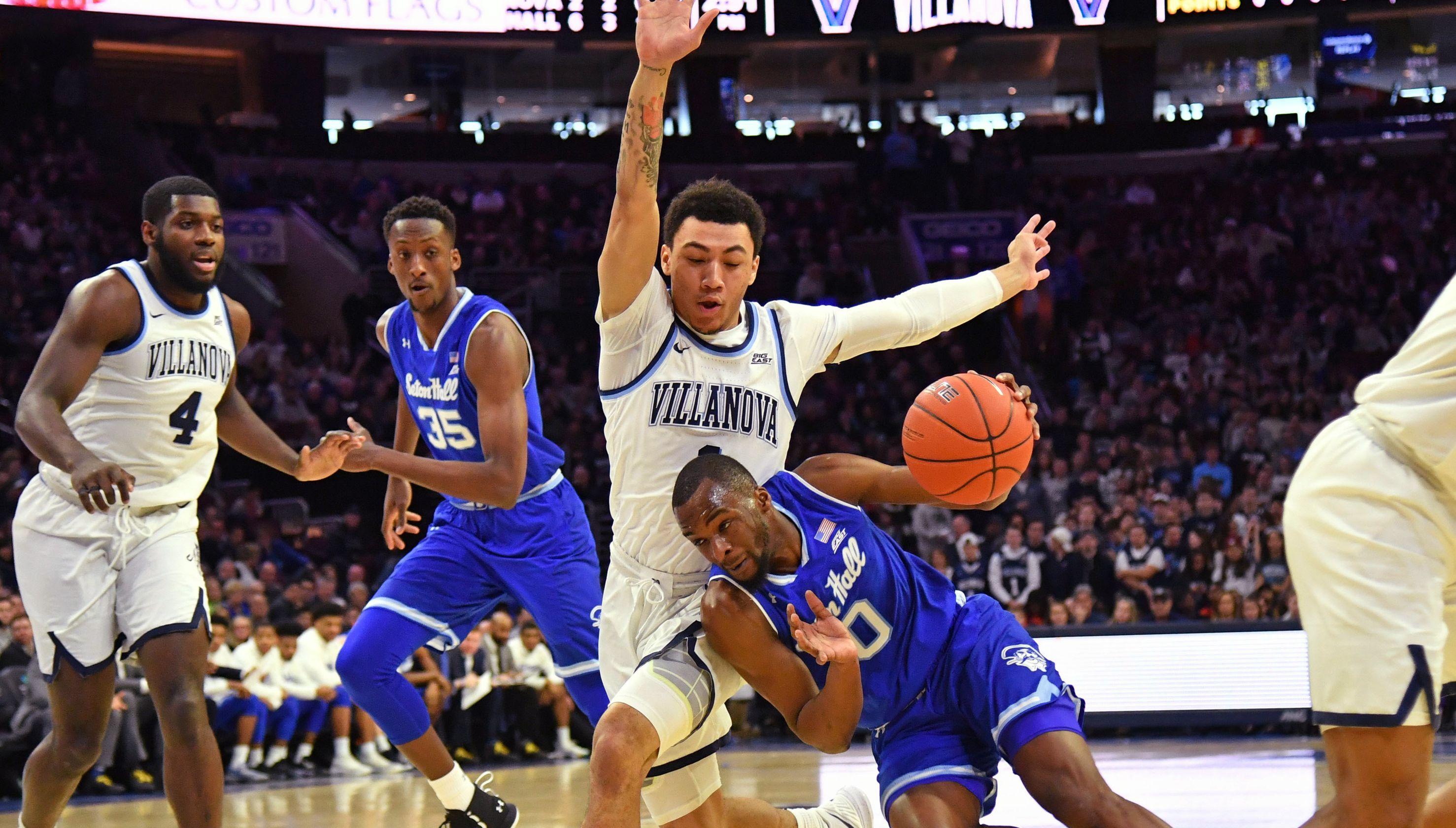 New York, New York. Madison Square Garden. Basketball’s most famous arena. The Big East Finals between the Villanova Wildcats and Seton Hall Pirates. Villanova is searching for their fourth Big East tournament title in the last five years and their third straight while Seton Hall looks to get back on top of the Big East for their first tournament title since 2016. Phil Booth and Eric Paschall look to lead the way for the Wildcats while the star-studded Myles Powell of Seton Hall has other thoughts.

Cool, calm, and collected! Villanova never looked to be in danger, they looked as if to handle everything thrown at them. Make a mistake, and they would dust themselves off and make the right play on the next possession. The methodical pace favored the Wildcats from start to finish and even when the Pirates were able to cause chaos the Wildcats took the punch and found a way to get things back to the way they want it. Seton Hall made run after run, they regained the lead time after time. But, after every lead change or run by the Pirates the Wildcats would answer. Seton Hall, however, always remained in the fight.

In the final minutes, Villanova started to get flustered and the chaos that the Pitares thrive on presented struggles for the Wildcats. They pressured the ball, they forced turnovers and eventually cut the lead to one with 0:15.5 remaining. But as time expired Villanova found a way as Myles Powell’s three-pointer at the end of regulation went off the back of the iron and the Pirates desperation was over as Villanova’s threepeat became a reality as Villanova won the game 74-72.

Myles Powell led the way for the Pirates with 25 and Anthony Nelson was big off the bench as he finished with 12. The Pirates forced 14 turnovers but gave too many second-chance opportunities to the Wildcats. Villanova got exactly what it needed from its stars to win the game as Eric Paschall led the way with 17. Phil Booth and Sediq Bey added 16 and Jermaine Samuels finished with 12.