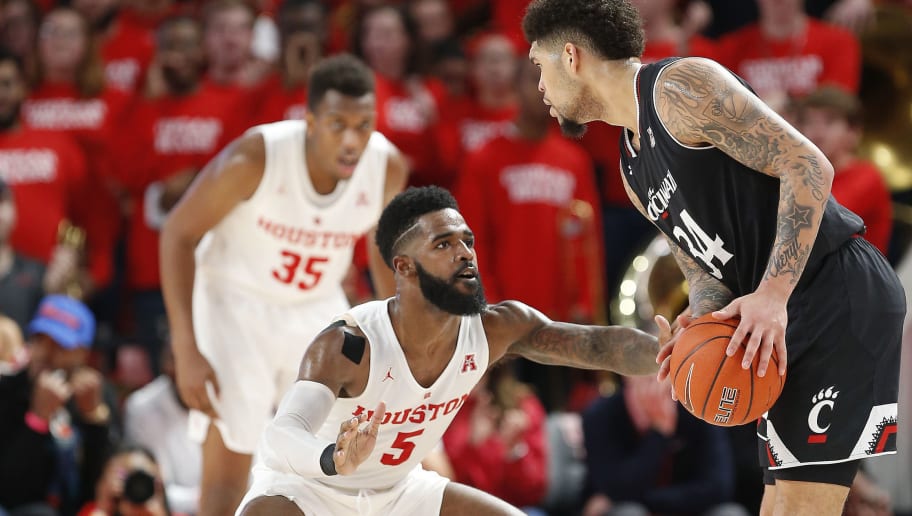 It was senior day in Cincinnati, Ohio as #12 Houston Cougars played #20 Cincinnati Bearcats looking for a chance to lock up the American Athletic Conference (AAC) regular season title and the #1 seed for conference tournament. The game opened up with Cincinnati as the 2.5 favorites and the over/under set at 128 points. Cincinnati started the game off strong going to work in the post with junior guard Jarron Cumberland and junior center Nysier Brooks. Cincinnati jumped out to an 8 point lead, but Houston was out to spoil Cincinnati’s senior day. Houston got right back into the game and for every basket Cincinnati made, Houston had an answer.

At halftime, this game looked like it was going to be back and forth with the game coming down to a last second shot. Then halfway into the second half around the 12 minute mark, Kelvin Sampson’s adjustments propelled Houston to take the lead and never look back. Houston shot 64.2% from 3 in the second half, while Cincinnati struggled the whole game from deep shooting 6/21 for a 28.6%. In general, it is very hard to stay in a game when you only make six 3 pointers and it showed today. Houston ended up spoiling Cincinnati’s senior day winning 85-69. Houston’s leading scorer throughout the season, Corey Davis Jr. had 31 points along with 6 assists and 2 rebounds. Houston also got a strong helping hand off the bench from Nate Hilton with 16 points. Houston has secured the #1 seed in the AAC tournament and Cincinnati is the #2 seed. Both teams have secured a first round bye and will wait to see who they will play.