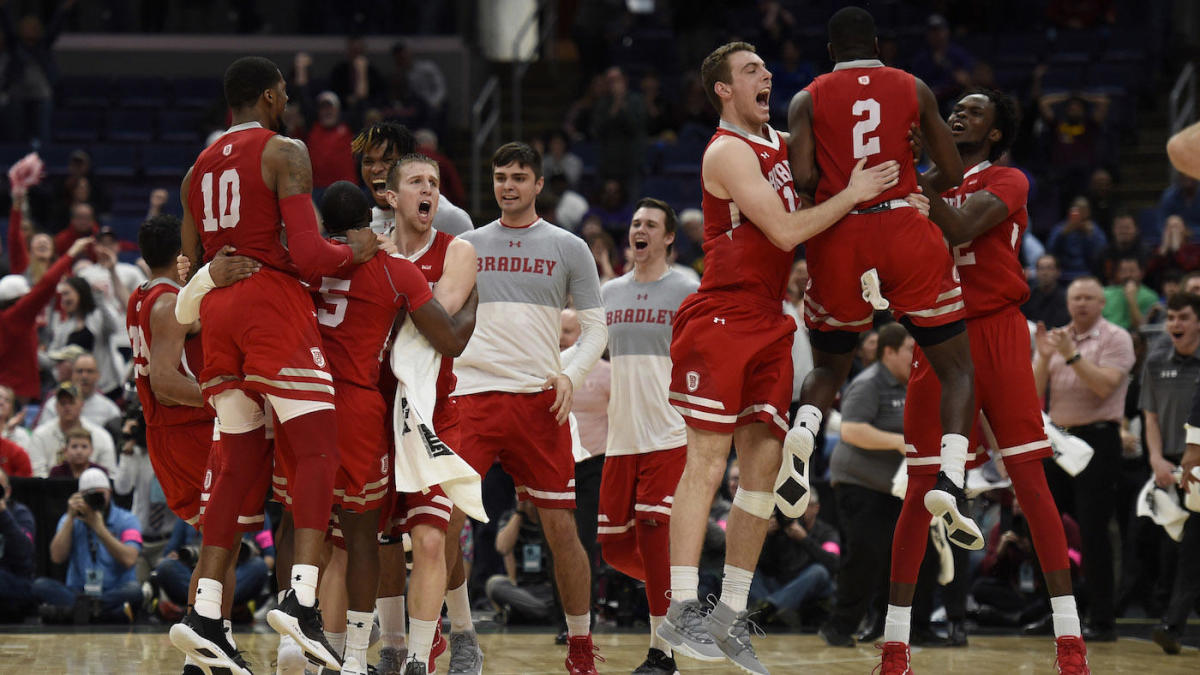 An unlikely match up in the Championship game of the Missouri Valley tournament as #6 Northern Iowa took on #5 Bradley.

Heading into the championship bout the two teams split their two regular season meeting both winning on the road and are evenly matched heading into the game to determine the Missouri Valley representative in the 2019 NCAA tournament.

After jumping out to an early 14-2 lead Northern Iowa allowed Bradley to slowly claw their way back into the game trailing by three before the Panthers turned up their defensive intensity and extended their lead to 27-15 at the half.

Increasing their pressure in the second half the panthers jumped out to a 16 point lead. A timeout by Bradley started to turn things around for the Braves as they went on an 8-0 run cutting the lead to eight and flipping the momentum in the stadium in favor of the Braves. After a timeout by Northern Iowa the momentum continued to build for the Braves as they extended their run to 12-0 to trim the lead to four before Northern Iowa got back into the scoring column on a layup by AJ Green.

Back and forth action from there continued as the teams traded baskets, Northern Iowa maintaining a 3-6 point lead at the under 8 media timeout with UNI leading 46-41. As tension in the Enterprise Center raised so did the level of play on both sides as neither team could gain a big advantage heading into the final minutes of the game. A three by Darrell Brown with 4:44 left to play cut Northern Iowa’s lead to two and forcing Ben Jacobson to call a timeout to hold off the momentum of Bradley.

Bradley took their first lead of the half with another three by Dwayne Lautier-Ogunleye followed by a quick basket by Wyatt Lohaus to allow Northern Iowa to regain a 50-49 lead. With 2:15 left and the final media timeout stopping play.

After a foul on Northern Iowa with 1:58 remaining a questionable dead ball technical foul was called on Northern Iowa. Bradley knocked in all four free throws and took their biggest lead of the afternoon at 53-50. Bradley made a layup extending their lead to five but Northern Iowa was not to be outdone as Luke McDonnell hit a layup of his own keeping the Panthers in reach of the Missouri Valley Championship.

Northern Iowa regained possession down by one with 0:20.8 remaining on the clock and a missed jumper by AJ Green and the ball falling out of bounds gave the ball back to Bradley with 0:2.4 remaining. Lautier-Ogunleye stepped to the line for two shots and calmly knocked them both in. 2.4 seconds reaming down by three Nothern Iowa’s ball. A three by Wyatt Lohaus at the buzzer went off the backboard as time expired and Bradley completed the 18 point comeback punching their ticket into the Big Dance.