Williamson-less Blue Devils get revenge on the Orange 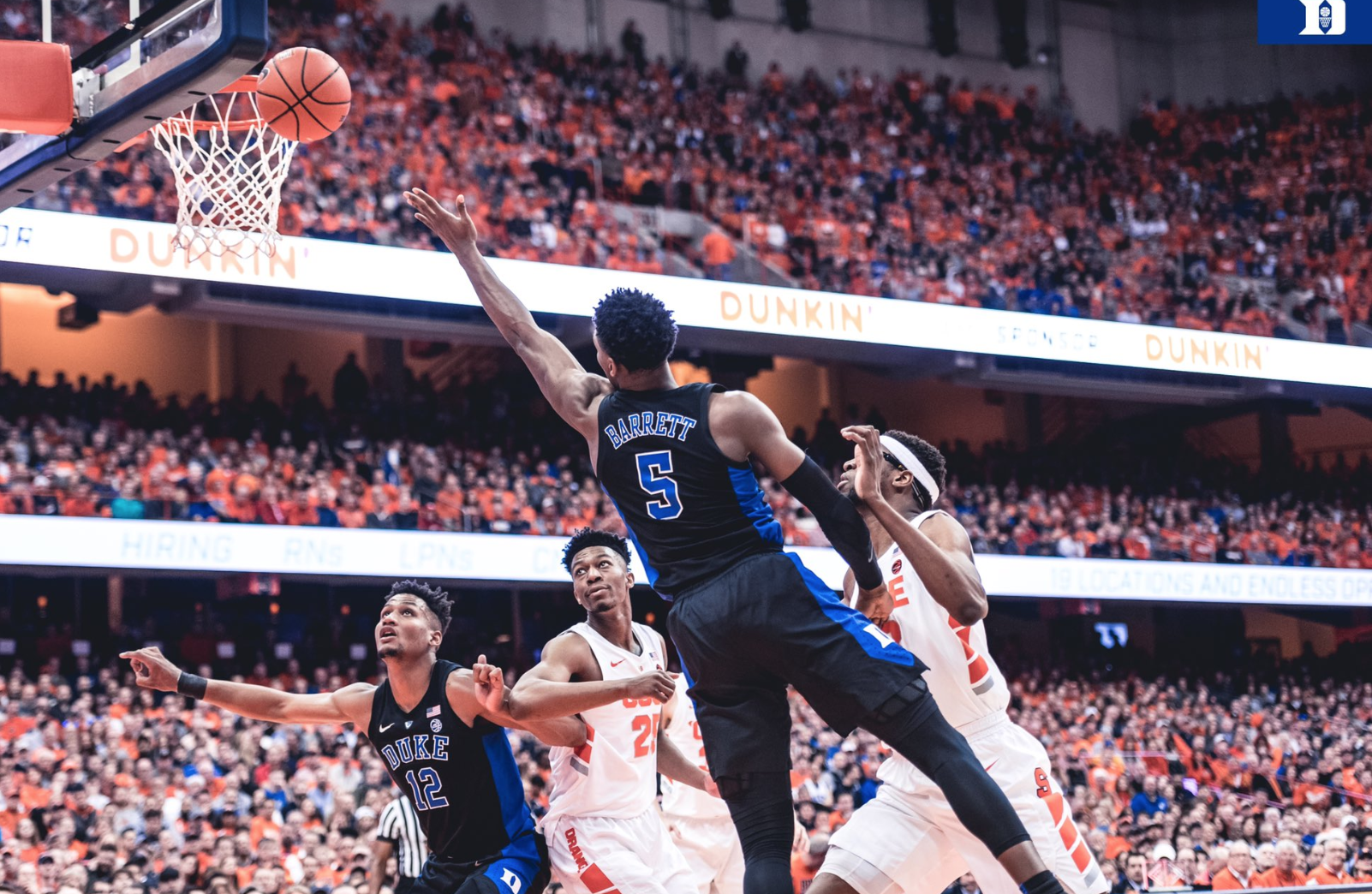 The Carrier Dome was sold out for Duke versus Syracuse, but the Blue Devils wanted to play spoiler. Duke defeated Syracuse 75-65 thanks to 30 from RJ Barrett and 20 from Alex O’Connell.

Both teams held a moment of silence prior to the game for Jorge Jimenez who was struck and killed Wednesday evening.

Duke announced that Zion Williamson would sit out for the game due to the mild knee sprain he suffered against North Carolina. Duke had their struggles early but came out on top to stay atop the ACC in a 3-way tie with Virginia and North Carolina.

Syracuse started the game off hot and held a solid lead heading into the locker rooms, 34-29. Late into the second half, RJ Barrett stunned the defender and hit an open 3 to give the Blue Devils a 5 point lead and it only got bigger. Duke finished the game on a 17-9 run to leave the Carrier Dome with a massive bounce-back win.

RJ Barret shot an incredible 14-20, putting up 30 points and 7 rebounds. Alex O’Connell earned his first start and logged 20 points. Tyus Battle led the Orange with 16 points, but shot 4-17 and was limited to push the tempo on offense as he recorded 4 fouls.

Both teams play next on Tuesday, February 26th. Duke will head to Blacksburg, Virginia to play Virginia Tech and Syracuse takes a road trip to Chapel Hill to battle against UNC.