Tennessee or Kentucky… who wins? 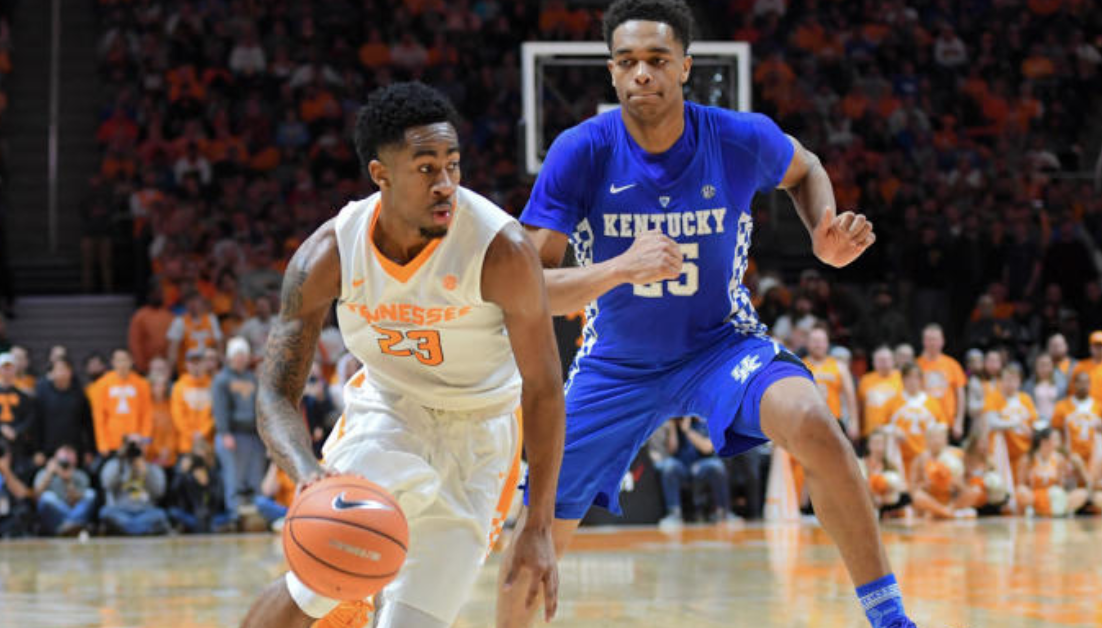 The #1 Volunteers head to Rupp Arena to face off against SEC rival the #5 Wildcats. Tennessee, trying to hold on to the #1 rank and SEC leadership, Kentucky needs to knock off the #1 team if they want to be the SEC regular season champs.

Kentucky lost Tuesday at home against the LSU Tigers on a controversial tip-in at the buzzer. Hoping to regain their momentum and not fall any further, Kentucky needs to remind the college basketball world that they are still a powerhouse.

Tennessee has been on a roll and hasn’t lost since November 23 against Kansas. Currently ranked #1 in the country, they are leaders of the SEC conference and can taste a regular season champion title.

What both teams need to do:

Kentucky needs to shut down the 1-2 combo of Grant Williams and Admiral Schofield. One of the best duos in the game today, they have helped propel Tennessee to their school-record 19 game win streak. If Kentucky can slow down Schofield’s shot, or get Grant Williams in foul trouble, it can help the Wildcats immensely.

Tennessee needs to continue playing their game as they have. They can’t worry about the outcome of the game, they need to play with the vicious attack and pressure defense that they have. The Vols haven’t played a top-tier team since Gonzaga, and if that gets in their head, they could lose their winning streak.

We obviously know that John Calipari is one of the best coaches in college basketball. He rarely loses consecutive games at Rupp Arena; and he won’t. Calipari has been in situations like this before and he knows how to stop a championship-contender team. It will be a close game, without a doubt, but the Wildcats storm the court after defeating the #1 Tennessee Volunteers.