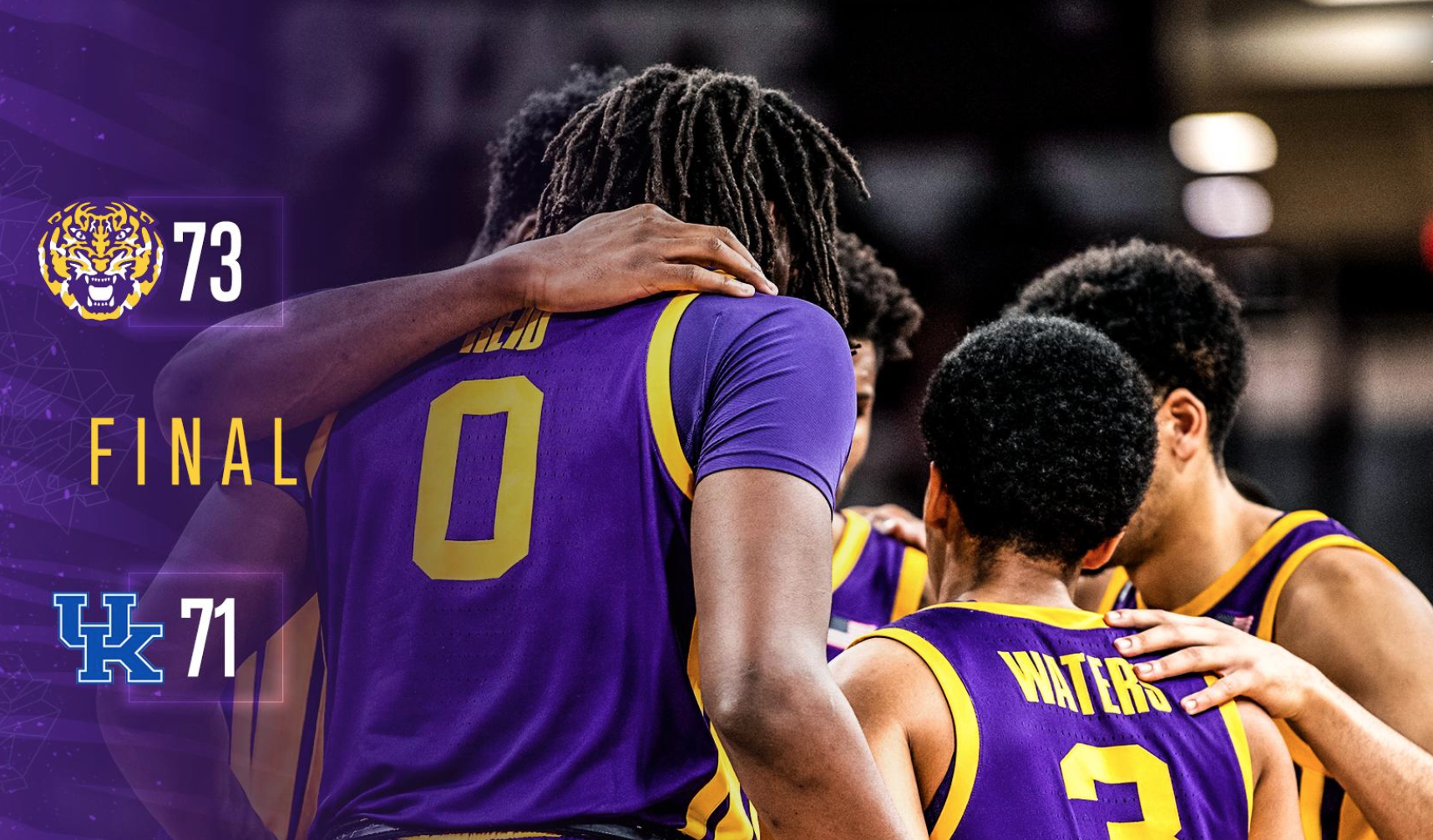 The #19 LSU Tigers went into Rupp Arena and shocked the #5 Kentucky Wildcats 73-71 thanks to a last second tip-in by Kavell Bigby-Williams.

Kentucky held the largest lead of the game, 9 points, heading into the locker room. There was no clear winner throughout the course of the game until the sound of the final buzzer.

Neither team shot incredibly well, but it was a big night from the free throw line. LSU went 19-22 from the charity stripe and Kentucky shot 16-23. PJ Washington, Keldon Johnson, and Tyler Herro of Kentucky combined for 48 points; but 2 of LSU guard Kevell Bigby-Williams’s 5 were what decided the game.

A controversial call was made when the game-winner went in. The ball was above the cylinder, labeling it as ball interference on LSU. But, college basketball rules say that you cannot call a game on goaltending or a ball interference.

LSU walks away with sole possession of 2nd place in the SEC behind #1 Tennessee. Kentucky is now 1.5 games behind Tennessee and 9-2 in conference play.

The Tigers travels to Athens, Georgia to face off against the Bulldogs Saturday.

The Wildcats host the Tennessee Volunteers on February 16th, hoping to bounce back and knock off the #1 team in the country.