Top Mid-Majors to Make a Run in March 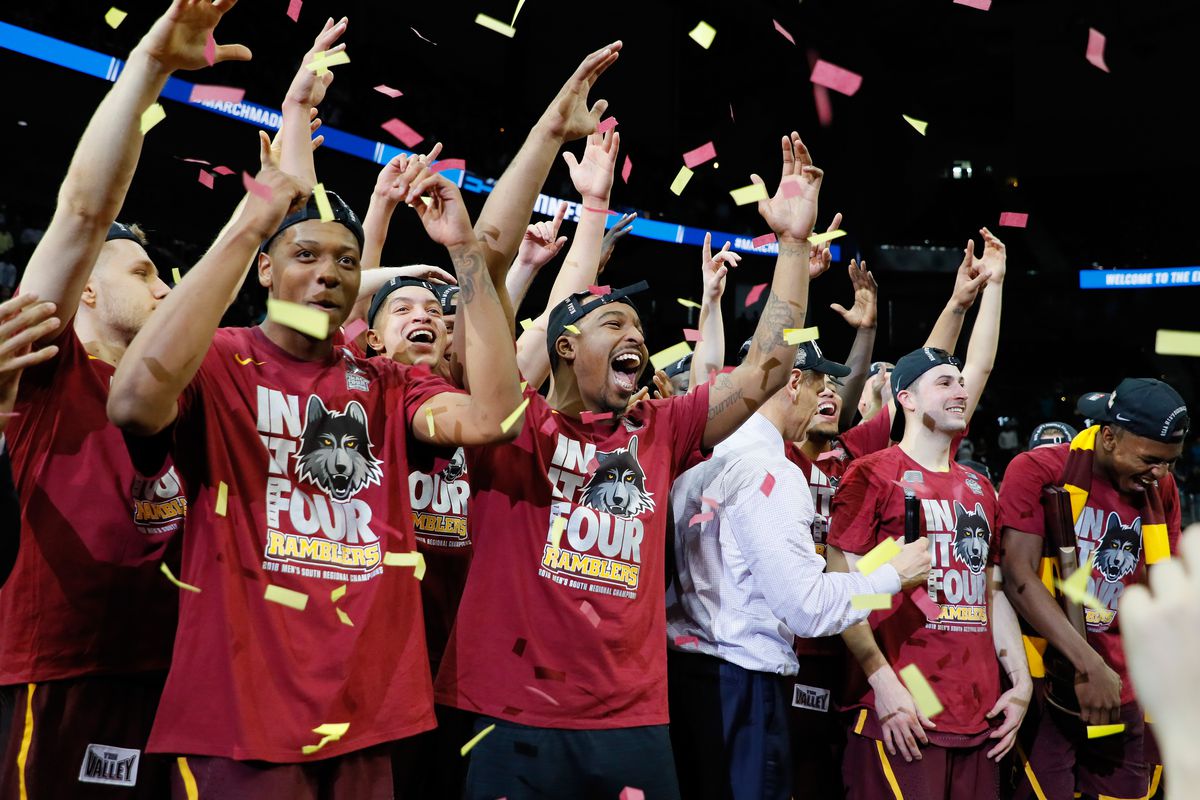 March Madness brings the nation together every year. Alumni and faithful fans cheer with excitement hoping there team can make the big dance and even better be that unexpected team who can make a run in the NCAA tournament having the entire nation cheer for them as they make that run. In 2018, we saw three technical mid-majors make some noise in March. Loyola-Chicago knock in clutch shot after shot as they advanced all the way to the Final Four with the one and only Sister Jean. Nevada made the Sweet 16 before they fell to Loyola and the ever talented Gonzaga (still a mid-major by definition) also made a run to the Sweet Sixteen. Buffalo and Marshall ignited the fans with big upsets in the first round but none were bigger than UMBC becoming the first #16 seed to beat a #1 as they completely dominated the overall top seed, Virginia, from start to finish. Every year, we have our champion who is remembered for being great, but it’s the mid-majors that make the headlines as they force people all over to tear up there brackets as they were able to accomplish the unexpected.

With the season dwindling down, we are only a short 38 days away from Selection Sunday and it’s never to early to start to wonder who that Loyola will be this year so let’s take a look at the top 10 mid-major programs that have the best chance to make some noise in March.

Gonzaga and Nevada by true definition are mid-major programs. However, both teams have been ranked in the AP top 10 all season long. Gonzaga has been to 20 straight NCAA tournaments and made the Sweet Sixteen nine times in the last 20 years. Nevada more so fits the mid-major category but with there talent and already amazing season both squads are already projected to make a run in this years tournament and both have a true shot to make the Final Four.

The Aggies of New Mexico State have been a powerhouse in the WAC and every season seems to go through Las Cruces, New Mexico. The Aggies are currently ranked 57th at KenPom and hold an 18-4 record. New Mexico State’s three point loss at Kansas showed that they are a team ready to fight and have the potential to pull out a massive victory in March. The Aggies will need to win the WAC tournament in order to be a threat.

Like New Mexico State the Vermont Catemounts will only be a team that can find it’s glass slipper if they can win the American East tournament. Vermont is ranked 68 at KenPom and currently sit at 18-5. Vermont has been a team to be cautious about about for the past ten years but have struggled to make the big dance. The Catemounts are 131- 29 in conference the last ten years but have only made the NCAA tournament three times during that span. This season Vermont played tough at Kansas and Louisville and showed they they will be no easy out in March.

Georgia State may not look like a potential Cinderella on paper but the team has the talent and potential to make some noise. The Panthers are currently 16-7 and ranked 130 at KenPom, but they do hold a road win over a tournament team in Alabama. Winning at Alabama shows that this team is poised to make a run.

The Aggies are in position to hep the Mountain West to get two teams into the NCAA tournament. Utah State is currently 18-5 and ranked 39 at KenPom. They have a neutral court win over Saint Mary’s and took Arizona State down to the wire. Utah State has a roster that is mature and look to make things happen in March, but first they must hop to get past Nevada or earn a win or two that can propel them into the NCAA tournament.

The Dons have hit a rough patch as of late but if they can sneak into the WCC tournament final and take home the championship then be on the lookout. At 17-6, 45 at KenPom, the Dons have played Buffalo and Gonzaga extremely tough and claim a win over Saint Mary’s. The WCC has one team in the tournament for sure and if the league is able to get a second team in San Francisco is clearly a front runner.

Belmont is one of the few mid-major programs who are in position to earn an at large bid into the NCAA tournament. The Bruins are 18-4, 60 at KenPom, and have two wins over Lipscomb as well as a road victory over UCLA. Belmont is led by Dylan Windler who was recently named to the Julius Erving Award watch list for best small forward in college basketball. Windler has the talent to lead his team deep into March so be warned now for the Belmont Bruins.

One of two teams from the Southern Conference to make this list, Greensboro is also a mid-major team that looks like they have the potential to make the NCAA tournament as an at large. The Spartans are 21-3 and ranked 88 at KenPom. They played tough at LSU and Kentucky and there only other loss is to Wofford. They are ranked 52 in the NET rankings and have exactly what it takes to be a bracket buster.

Lipscomb earned it’s first ever trip to the NCAA tournament last season and are on a roll this year as they have moved up to 26 in the KenPom rankings. They are 19-4, ranked 31 in the NET and lost to Louisville on the road by only four points. As a team that is ready to make some noise they will have a chance to make the NCAA tournament even if they fall in the Atlantic Sun tournament.

The Terriers of Wofford are 20-4 their losses came at the hands of Kansas, North Carolina, Oklahoma, and Mississippi State. They rank 31 at KenPom and 29 in the NET. They are led by Fletcher Magee and are a team of upperclassmen who are hungry for more. The Southern Conference is extremely strong this season and has the possibility of being a two bid league and Wofford looks to be one of the teams.

Last but certainly not least the Buffalo Bulls are a team that wouldn’t be a surprise to make the Sweet Sixteen but are also a team that could even make a run to the Elite Eight. Buffalo is 19-3 and ranked 24 at KenPom. They have road wins over West Virginia and Syracuse and have done a great deal of handling everyone’s best punch in the MAC. Buffalo looks to be a team that will make the tournament no matter what and will not be a favorable match up for any team in the same bracket as them.