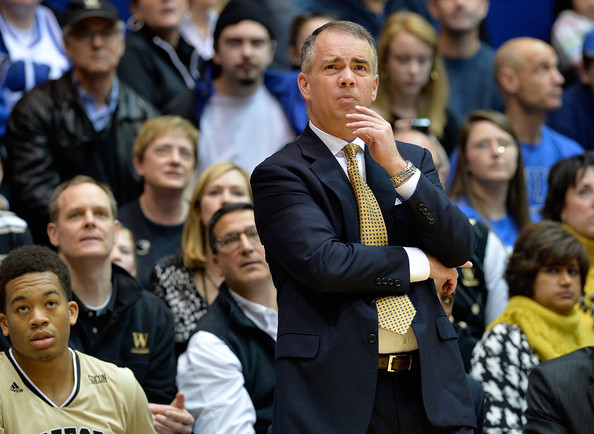 I had the privilege of talking to Wofford’s head coach Mike Young. Young has led his team to a 19-4 record and 11-0 in conference play. He is on pace to make the NCAA tournament once again and possibly make a run. Here is what he had to say when I asked him about his team and his personal experience with the team.

The first question I asked was about the success they have had this season and the reasons for it. One reason he gave is that his team is more experienced. He also mentioned their players do their jobs; the guards can shoot and the bigs can score in the paint. While the defense isn’t top tier, Coach Young feels as if they’vd proved dramatically in that area. The team is also rebounding at a very high level, not letting the opposing team get any offensive rebounds and getting second chance opportunities for themselves on the offensive end.

Next, I asked about their star player Fletcher Mcgee and his shooting impact. Coach Young loves his ability to get out of traffic and get a shot, which can also lead to less traffic in the paint and more offensive rebounds. Coach described him as a “dynamic guy”, a very high honor for a player.

My next question was the difference between last year’s team which went 21-13 and missed the tournament and this years who are currently 19-4 and well on their way to a tournament bid. He said the team is bigger and stronger and more experienced, but also gave credit to last year’s team, who defeated North Carolina and three shots at the buzzer against conference teams. The team felt “unfufilled” after not making the tournament last year and play every night with more intensity in hope of making it this year.

Coach Young has been the Wofford head coach for 17 years, and has been part of the program for 30. I asked what he enjoys so much about the program. He says he saw something a long time ago with this program and how far they can go and he felt that he could get them to be an elite mid- major team. Wofford also installed a new facility last year and Coach Young called it the “finest mid-level facility that you will see in the country.” He said there are many teams that would kill to have their place, just to emphasize how incredible this new facility is.

My last question was what is his favorite memory at Wofford so far. He said the tournaments or the championships. He called March Madness the greatest tournament on earth and there’s nothing liked that experience for the coach and the players.