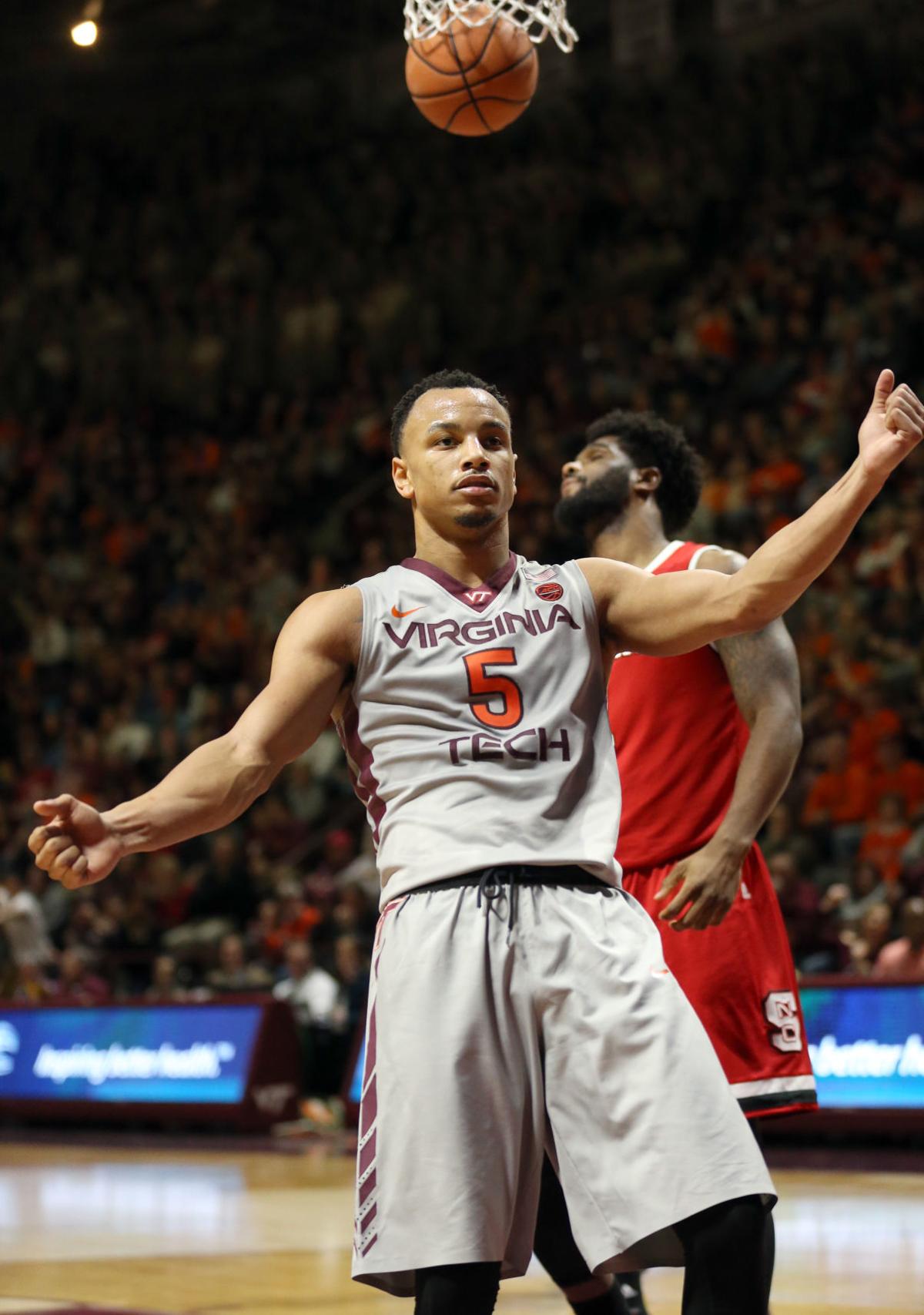 Justin Robinson was injured in a game last Wednesday against Miami and is said to be out indefinitely as the season continues. The Hokies are 1-0 without him with an ugly win at NC State, where they held the Wolfpack to 24 points. The Hokies still however managed 47 themselves. With Robinson out the already short bench becomes even shorter as the eight man lineup Coach Williams uses will be down to seven until Robinson is able to return. Robinson is the team leader in assists (5.4 APG) and is second on the team in scoring (13.4 PPG) but the Senior brings so much more to the team not seen on the stat sheet.

Robinson is without question the team leader and floor general for the Hokies. Virginia Tech is one of only seven teams in the country who shoot better than 50% from the field. Without Robinson against NC State that was down to 35.6%. The Hokies are second in the country shooting 46.2% from behind the arc. at NC State they shot only 33.3%.

It is without question that as long as Robinson is injured and not himself the Hokies become an entirely different team. The question is can the Hokies still find a way to be competitive and compete for not only an ACC title but a trip past the Sweet 16.

They’re isn’t much time to figure things out for the Hokies as they have another top 25 match-up when they face off with Louisville on February, 4. The good news is there is still plenty of talent on this roster where there season shouldn’t have a drastic change. Virginia Tech has been a team that can compete with anyone this season as they shoot the three ball extremely well. However, much of those shots were created by Robinson. Without Robinson in the line up it will come down to whether or not the Hokies can continue to shoot well from behind the arc.

The talent is still there for the Hokies and the potential can still be achieved. Nickeil Alexander-Walker is a potential lottery pick and Kerry Blackshear Jr. is a nightmare math-up for many big men. Ty Outlaw can shoot the ball extremely well but two questions still remains, How long will the Hokies be without Robinson? and Can the team still make a run in March?

In my honest opinion, no. Without Robinson Virginia Tech becomes more upset prone, they lose a factor that is so important on both ends of the court and someone who just can’t be replaced. The Hokies have already struggled against North Carolina and Virginia being blown out by both and showed that in one game without him that they also had a hard time despite the win. Robinson is a player who makes a team run, he is the engine for the Hokies and if the Hokies expect to make a deep run in March they better hope Robinson can return soon or someone else is ready to step up and be that leader that the team needs on the court.

One thought on “Can Virginia Tech Still Contend Without Robinson?”