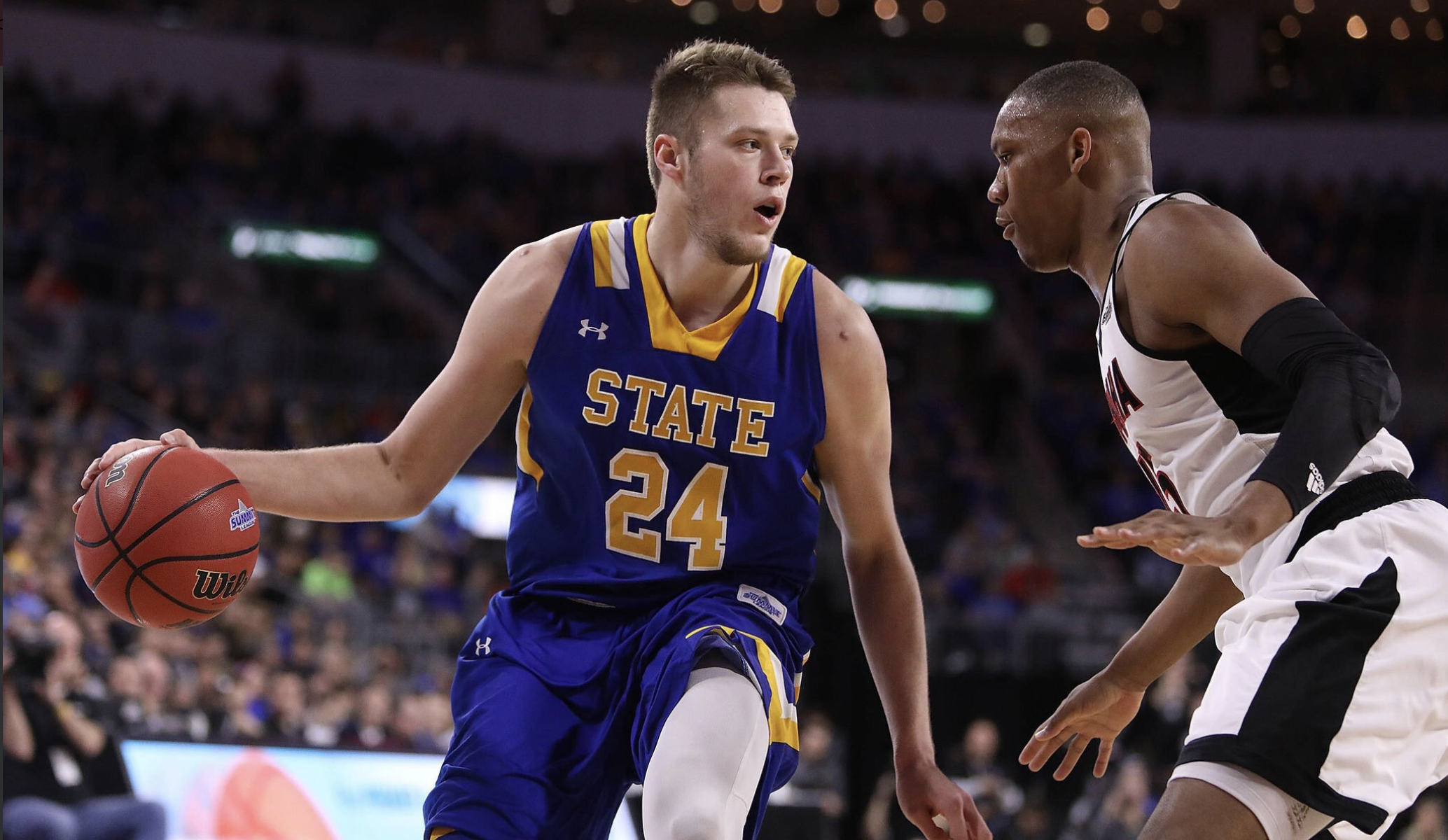 Jimmer Fredette, Doug Mcdermott, Tyler Hansbrough. You’ve heard these former star players in college basketball. But have you ever heard of Mike Daum? Daum, a star on the small Summit league team South Dakota State, is on pace to become a top ten college basketball player of all time, so why is nobody talking about him?

After being unranked and unrated in the 2014 class, Mike Daum committed to South Dakota State for the 2015-2016 season, and his freshman season he only started three games. Even though he wasn’t getting starting minutes, he still managed to score 15 points a game on 55% shooting along with 6 rebounds a game. After that impressive season, he has started every game since. The last three seasons he’s averaged at least 24 points a game, and has added double digit rebounds over the last two seasons.

To add on to his legendary career, if he reaches 3,000 points, he will become only the second player in college basketball history along with Lionel Simmons to score 3,000 points and grab 1,100 or more rebounds in a career. He is also on pace to finish top 10 in career field goals made since 1985-1986, and top 5 in free throws made.

So with these incredible achievements, why is no one talking about Mike Daum? He may not have tournament success because he attends a smaller basketball school, but he is quietly having one of the best careers we’ve ever seen. With possibly only 10-15 games left in his career, everyone should be cheering and following this historic player. We may not see a player with these achievements for many years, so enjoy it while it happens.