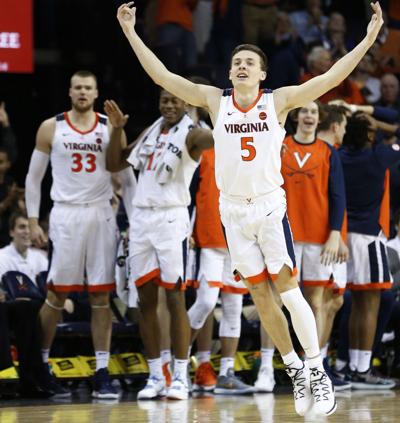 Virginia defeated Florida State in both teams ACC opener, 65-52. The wahoos were led to victory by Kyle Guy who posted 21 points.

Virginia was in control in most of this top 10 showdown, holding a lead throughout the second half. Guy scored 18 of his 21 in the first half, cashing in 5 three pointers. Braxton Key added 20 points for Virginia off the bench.

Florida State struggled mightily offensively, with their high scorer for the game, Phil Cofer, only scoring 9 points. 52 points is the lowest the Noles have scored this season and just the second time they failed to crack 70.

The final score does not reflect how dominate 4th ranked Virginia was. With 2:19 left to go, the Cavaliers held a 29 point lead before Florida State went on a 16-0 run with Virginia’s bench in the game.

Virginia preserves its undefeated record, improving 13-0 while gaining its first signature victory. The Cavs will visit Clemson on Wednesday in its first road conference test. Florida State picks up its second loss of the season and will look to bounce back on Wednesday when it hosts a subpar Miami squad.