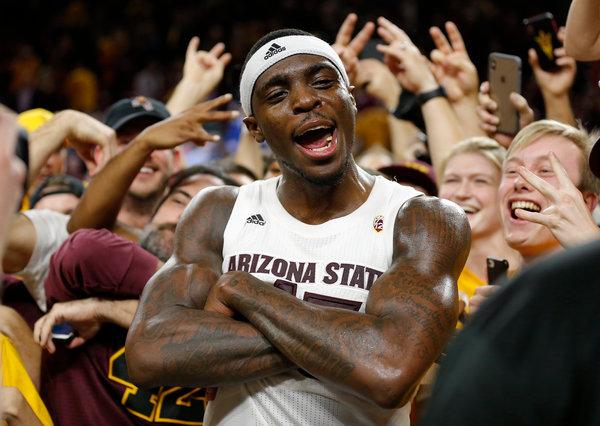 In the last weekend of non conference play for many teams, college basketball did not disappoint in Saturday’s action. There were upsets, near upsets, big plays, and nail biters. Overall, Saturday was a great day for college hoops fans.

The day began with Ohio State and UCLA in game 1 of the CBS sports classic, a game that Ohio State won, 80-66. Ohio State, led by CJ Jackson and Kaleb Wesson, outscored the Bruins by 11 in the second half en route to victory. Jackson posted 22 points and Wesson brought down 12 boards.

The action continued with the battle of the guards with Ja Morant and Murray State visiting Jared Harper and 7th ranked Auburn. Despite 25 and 7 from Morant, Auburn rode Harper’s double double (12 points, 10 assists) to bounce back from their loss to NC State earlier in the week, beating Murray State by 5.

Nevada took on Akron in what should have been an easy win for the Wolfpack. Akron stayed tough throughout the game and did not allow Nevada to be in command. However, getting 19 points and 10 assists from Caleb Martin, Nevada was able to hang on for a 68-62 win.

The nightcap of the CBS Sports Classic was a battle of blue bloods, with UNC and Kentucky facing off in a marquee matchup.  The Wildcats got out to a quick start, leading North Carolina by 9 at half. Kentucky was able to preserve that lead to win 80-72 behind a 21 point effort from Keldon Johnson.

The last game of Saturday was one of the best of the season, between Arizona State and Kansas. The Sun Devils were able to come back from a 9 point halftime deficit and overcame missed free throws late in the second half to pull off the upset, 80-76. Kansas was led by an outstanding performance by Dedric Lawson, who put up 30 points on 80% shooting. Arizona State put five players in double figures, with Rob Edwards leading the way. This was the third time a number one ranked team has lost this season and the second consecutive year that Kansas fell to Arizona State.