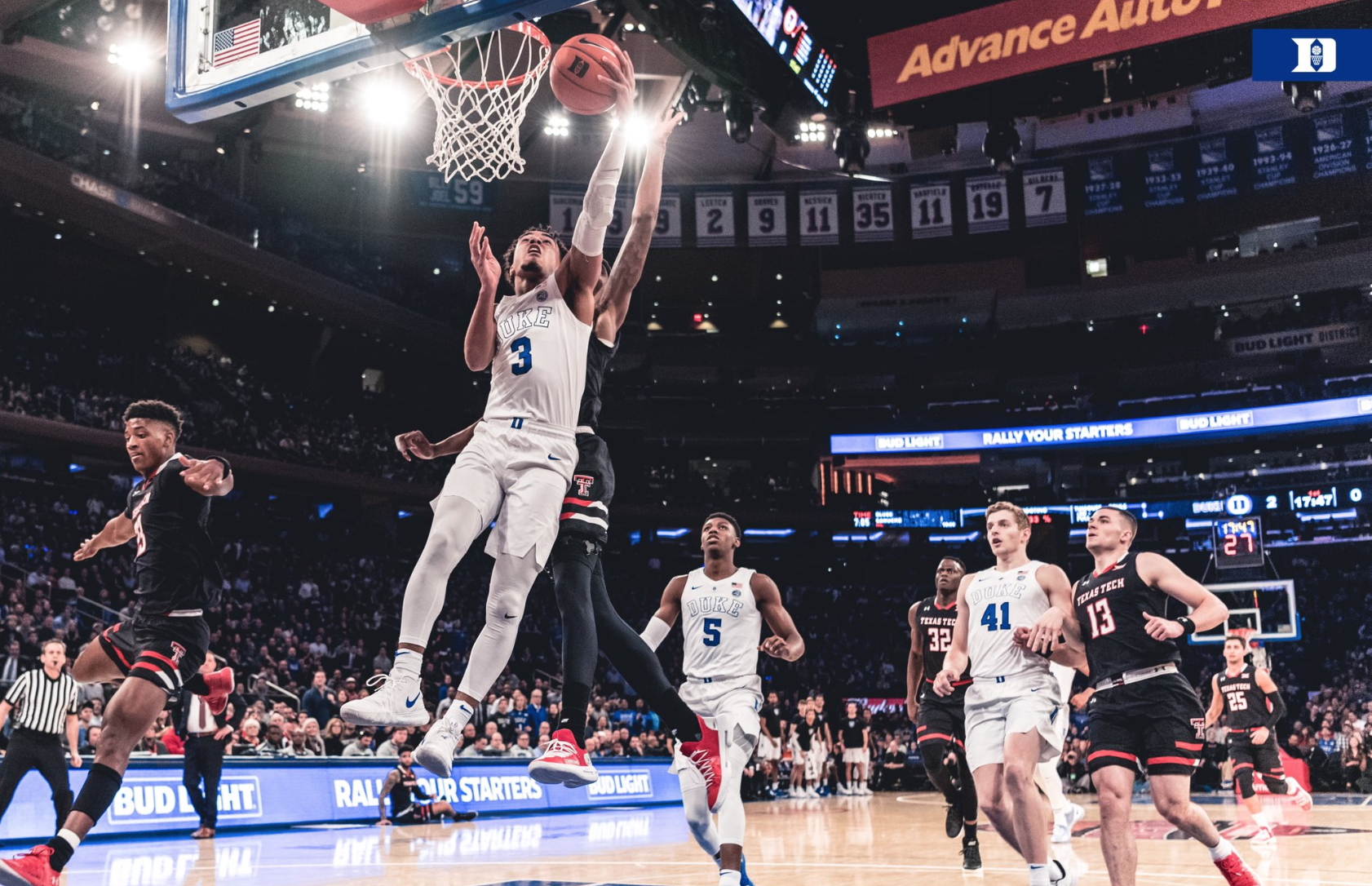 The Blue Devils came back from behind tonight to beat the Red Raiders 69-58 at Madison Square Garden.

In a game that had things we never expected; 42 combined turnovers, Duke going 3-20 from downtown, Texas Tech up at half… it turned out to be quite the game.

Duke came out to play early in NYC, starting the game on an 8-0 run. Following a timeout from Texas Tech coach, Chris Beard, the Blue Devils saw their lead diminish and soon, saw themselves behind. The Red Raiders stormed back and headed into the locker room with a 1 point lead, 29-28, over one of the most talented teams in the country.

Fast forward in the second half, Duke made its FIRST 3 pointer with 11 minutes left to tie the game at 45 a piece. From that moment on, the Blue Devils outscored Texas Tech 24-13.

Despite Jarrett Culver putting up 25 for the Red Raiders, Duke’s defense was another highlight. No one else on the team scored double digits and Duke had a total of 15 steals and 7 blocks.

Zion Williamson had a double-double (17pts 13reb) and RJ Barrett added 16 points. Tre Jones may not have lit up the scorers sheet (13pts), but his 6 steals strapped Duke in for another convincing dub.