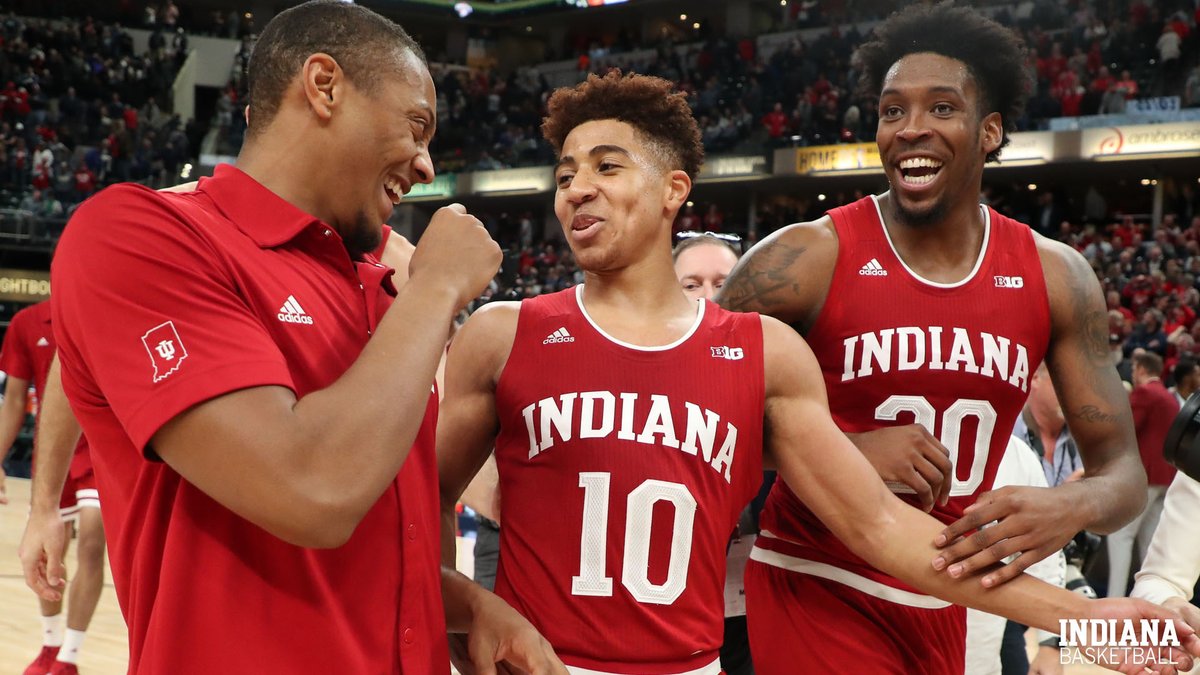 Well it wasn’t Hinkle Fieldhouse and Gene Hackman wasn’t coaching…. but Indiana and Butler put on a show worth the price of admission to a movie.

In a rivalry that has been mostly dominated by Indiana in years past (Indiana 22 – Butler 7), Butler showed up to Bankers Life Fieldhouse and showed everyone in attendance that the times have changed drastically in the last couple decades.

While Indiana is currently ranked among the top 25 in the nation, Butler showed all of Indiana that they definitely deserve to be there.

While only scoring 9 points for the game, Guard Rob Phinisee of the Hoosiers, in a moment of desperate urgency, heaved a 3 point shot that brought down the house in Indianapolis. Phinisee had to feel like Jimmy Chitwood as he hit the game winner and the Hoosiers left with an 81-78 win over the battling Butler Bulldogs.

The Bulldogs, led by 6’6 Sean McDermotts 22 points, showed why they may challenge the reigning champs of the conference, Villanova, for the throne in the Big East.

If time of possession with a lead were a stat, Butler would have won hands down. The Bulldogs led the Hoosiers for the majority of the game but when it mattered most Indiana took control.

Playing in the capital of the craziest basketball state in the nation (sorry Kentucky), the game between the Bulldogs and the Hoosiers had the feel of an NCAA Tournament game.

The Bulldogs time and time again seemed to work magic attacking and executing their offense around the perimeter to the interior but the Hoosiers never quit.

Led by their star Juwan Morgan and his 35 points, the 6’8 athletic freak from the Missouri Ozarks kept the Hoosiers on his back from start to finish.

Since the day Bobby Knight left, Indiana fans have been craving the day when some of that Hoosier magic would return to Bloomington. Hoosier fans thought those days had returned under Tom Crean when his Hoosiers upset the #1 ranked Kentucky Wildcats and John Calipari in Bloomington a few years ago.

Now with Archie Miller at the helm, the Indiana fans are hoping he is able to spark a revival of Hoosier Hysteria and lead Indiana back to the top of the Big 10 Conference among league leaders Michigan, Michigan State, Ohio State and Purdue.

With great victories such as this over qualities programs like their Indiana cousins from Butler, the return to Hoosier greatness should not be long for Indiana Basketball.

For Indiana fans to see the return of Hoosier Hysteria to Bloomington would not so as much be a return to greatness as it would be a return to a way of life.

If the game against Butler is any indication, those days may not be far away.