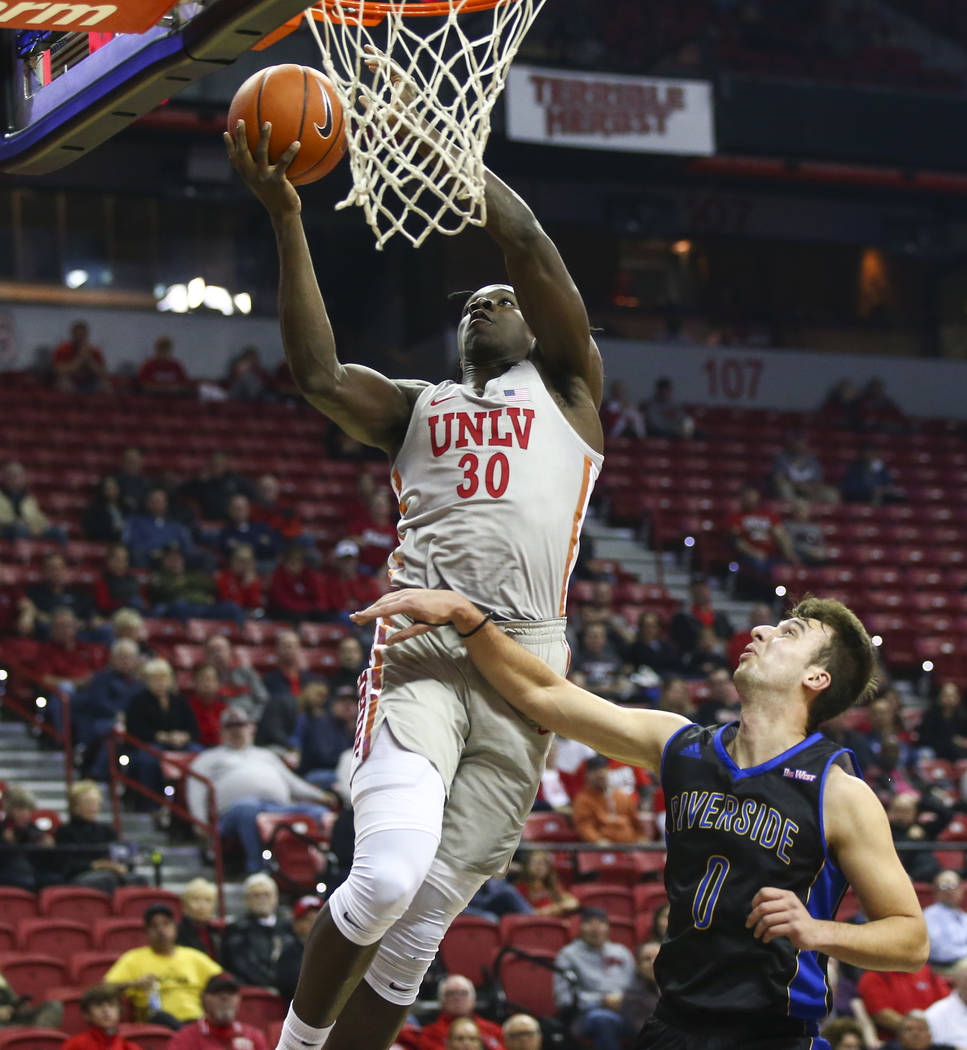 UNLV (1-1) was able to get their first win of the season when they hosted UC Riverside (0-3) on Tuesday night. The Runnin’ Rebels used a balanced attack as all 11 players contributed to the final score while shooting 46% from the field in their 72-51 victory.

UNLV started the game strong jumping out to an early 17-9 lead after going on a 13-5 run before the under 12 timeout in the first half. However, the Highlanders didn’t seemed phased as they responded with their own 14-5 run to take their only lead of the game 22-23. The Highlanders shot the three well in the first half shooting 46.2% on 6-13 shooting to keep them in the game. UNLV took the punch and unlike their season opener reacted well as they went from being down one with 5:28 to play in the half to opening up a 10 point lead at the break. The game was never close after that as the Highlanders only could cut the lead down to seven in the second half.

Dikymbe Martin led the way with 14 for UC Riverside and ended the game as the only Highlander to score in double figures. After shooting 46.2% from 3 in the first half the Runnin’ Rebels defense stifled the Highlanders holding them to 27.3% in the second half. The Highlanders couldn’t control the game or the pace and only found their way to to the charity stripe seven times.

With all 11 players for UNLV to see playing time score in the game they were a tough team to handle for the Highlanders. After playing only six minutes and not seeing the ball go through the basket in the Runnin’ Rebels season opening loss to Loyola Marymount on Saturday Bryce Hamilton led the way for UNLV with 16 points on a perfect 5-5 from the field including 3-3 form behind the arc. Trevell Beck also reached double figures with 11 as the bench outscored the starters with 41 points.

UNLV will look to continue moving forward as they now prepare for Oakland (1-2) to come to the Thomas & Mack Center on Friday night.