Wolverines Crush The ‘Cats in The Finn by 27 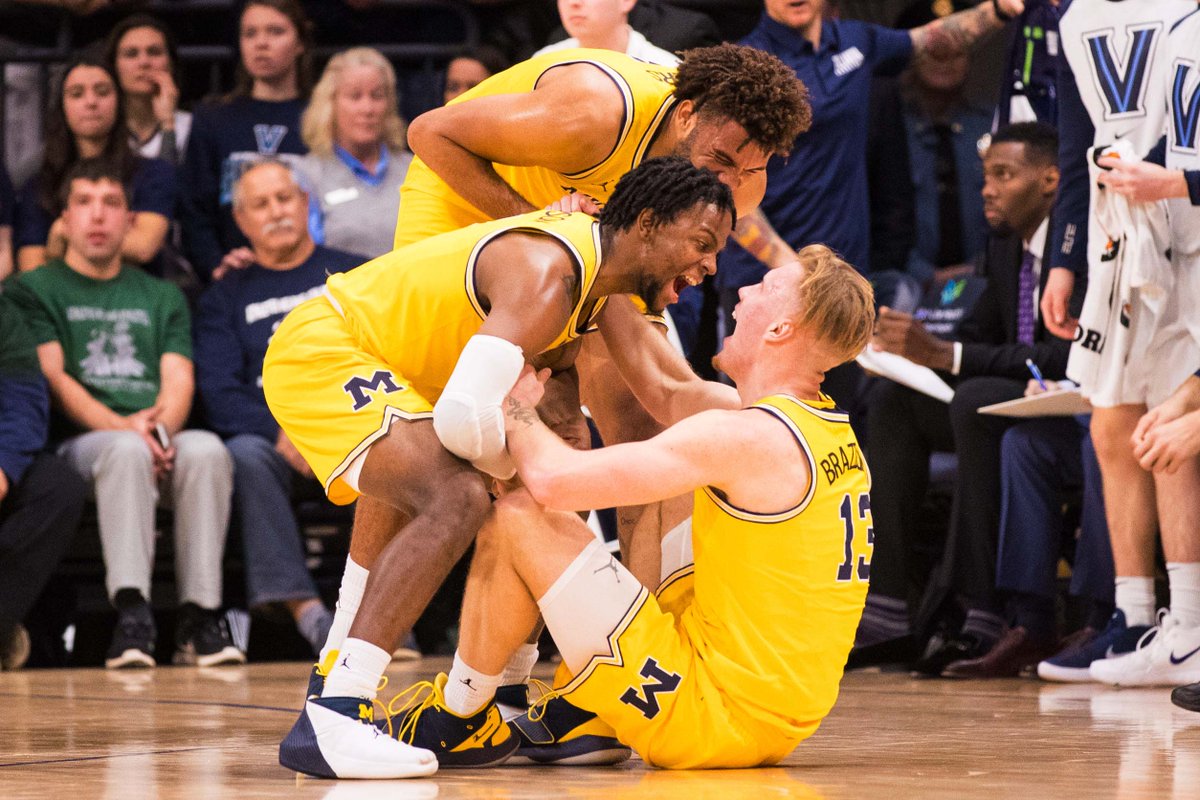 The Big Ten was served notice last night when the Michigan Wolverines went into Philly and showed the city which cats were the true beasts of the East by dismantling the #8 ranked Villanova Wildcats on their newly renovated home floor by 27 points 73-46.

Villanova, playing in their newly renovated 65 million dollar Finneran Pavilion, was totally dominated by the Wolverines in a game which was a rematch of the national championship game played back in April and which was won by the Wildcats.

Michigan must have had revenge on the mind from the start…… and John Beilein was the conductor as his team absolutely dominated Villanova on the boards, on the interior paint offensively and in transition. Villanova was dominated so bad in the first half that it would not have been surprising to have seen the Michigan waterboy pouring water on Villanova’s waterboy.

Granted Villanova did lose three players to the NBA who were of great importance last year but their loss showed up in large doses as Ignas Brazdeikis had 7 rebounds (3 offensive including a major offensive slam) and Charles Matthews made his presence felt leading the Wolverines with 19 points.

Eli Brooks, a 6’1 Pennsylvania sophomore himself, must have loved being back in his home state as he led the Wolverines offense very efficiently and effectively… making slick passes to his teammates as if he had done it his whole life.

No doubt Jay Wright will have a huge film session on the first half alone with his team after watching Michigan shoot out to a 44-17 lead in a half in which the Wolverines dominated the Wildcats on the boards and getting up the floor quickly in transition offense.  Many times the Wildcats were caught standing around defensively as the Michigan offense and its players movement without the ball made Villanova pay in spades.

Eric Paschall, a returning leader for the Wildcats, led the team with 10 points but was the only Wildcat in double figures.

The Big East, by its early returns, is already shaping up to be a conference that could be winner-take-all.  The Georgetown Hoyas, who lost to the Wildcats last year in a very competitive 26 point loss in the last contest between the two, has already beaten Big Ten league member Illinois in Champaign led by two dynamic freshmen guards in James Akingo and Mac McClung.

Its early in the year but look for The Big East to be one of the most competitive conferences in the country with some rivalries heating up to some of the levels not seen since the 1980’s.

As for the Wolverines, they aren’t worried about being as good as the days of the Fab 5 with Webber, Rose and Howard but geeeez…….. these cats did look fabulous indeed!