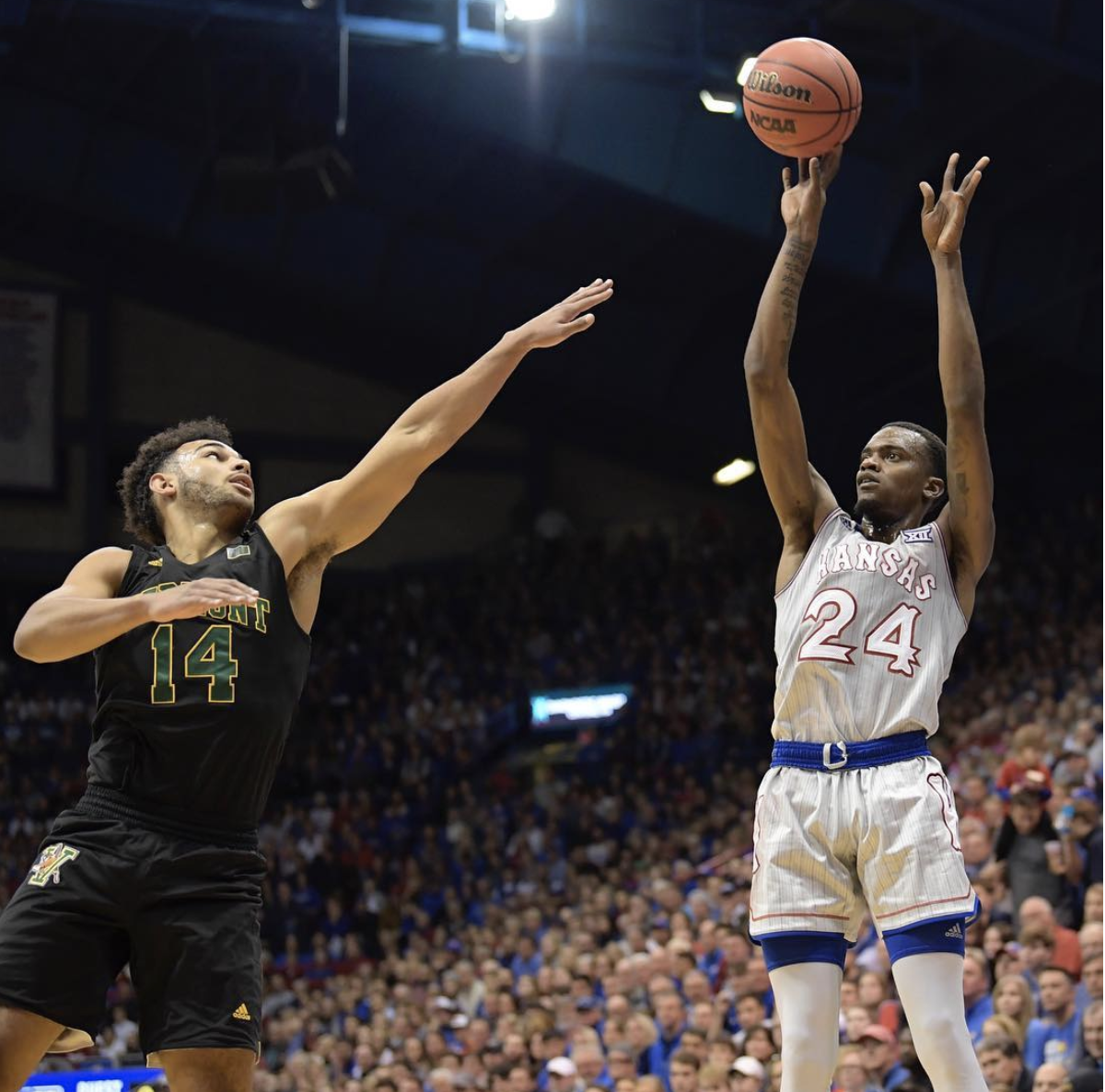 It was closer than expected, but Kansas was able to pull away thanks to a 32 point game from F Lagerald Vick. Both teams showed how talented they are, but Kansas was clearly the better team.

This game did not start out as expected. Vermont went on a 16-2 run, and jumped out to an 8 point lead, forcing HC Bill Self to call a timeout. Despite Vick scoring 16 in the first 14 minutes, KU still found themselves trailing 25-29 at the 6:38 mark thanks to 10 points apiece by Ernie Duncan and Anthony Lamb.

From there, Vermont had to learn the hard way why Kansas is so deadly at home, as the fans exploded and KU jumped out to a 4 point lead at half. Vermont seemed to have no answer to Udoka Azubuike, who refused to stop bullying in the paint, scoring 12. Both teams shot the ball very well; Vermont shot 50% and KU 52%.

The Doke- Vick show continued in the start of the second half, with the two of them combining to score 34 of the Jayhawks first 50 points. Vermont did what they could to keep it close, but Lagerald Vick was playing possessed, knocking down shot after shot.

With 7:45 left in the game, Charlie Moore hit a three pointer to take a 16 point lead, and the Jayhawks started to prove why they’re the number two team in the country.

Vermont refused to go away, going on an 10-0 run to cut the lead down to just 8. Vermont just didn’t have enough in the end, and the Jayhawks pulled away, coming away with a 84-68 victory.

The star of the show tonight was Lagerald Vick, who shot 12-14 from the field and 8-8 from three to lead all players with 32 points. Udoka Azubuike also had a big game, scoring 23 points and adding 10 rebounds. Dedric Lawson, a preseason All- American, was held to 0 points on 0-6 shooting.

Vermont was led by Anthony Lamb, who scored 24 for the Catamounts. They also got 17 points from Ernie Duncan.

Vermont Head Coach John Becker had high praise for Udoka Azubuike, calling him a “monster” and admitting “we had no one who could stop him”.

Lagerald Vick was very humble in the post game conference, saying he didn’t care whether he shot it or not, he was just doing what was best for the team. On this night, it’s a good thing he kept shooting, as he reached his career high and his first time scoring 30 in his college career.

A few takeaways from the game:

Kansas will look to stay undefeated Friday against La Lafayette. Vermont will get a much easier opponent in Lydon State on Wednesday.