Why you’ll see the Michigan Wolverines in the NCAA Championship Game. 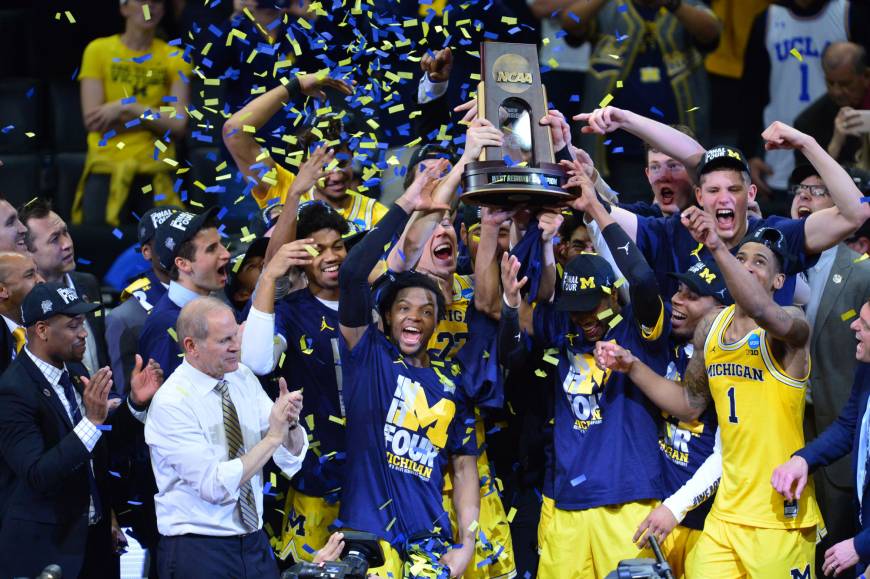 The Wolverines have a record of 32-7, 13-5 in conference. They’ve beaten Montana, Houston, and Texas A&M so far in March, and will face the cinderella team Loyola-Chicago tomorrow for a trip to the Final.

First off, Loyola-Chicago is THE Cinderella team. They haven’t been in the tournament since 1963 and have never reached this far (obviously). They’ve had their games where everyone sees them as a huge threat, yet some of their games have been buzzer beaters, prayed for by the one and only, Sister Jean. However, will the epic run for the Ramblers continue on Saturday? Well…

When you look at Michigan and how they’ve played this year, the first statistic that blows everyone’s mind is their defense. They are ranked 4th nationally in defensive efficiency. Everyone knows the saying “Defense wins Championships” and this is exactly how they are running through everyone in the tournament.

Not only is their defense outstanding, but their offense has been on a tear since the Big Ten Tournament. They are averaging 73 points per game since they took on Nebraska in the first round of the Big Ten tourney and shooting 46% from the field. Another key part to their offense is the 6’11 center, Joe Wagner. If he can stay out of foul trouble and cause havoc inside the paint, that opens up the three ball for Michigan who can make you suffer when their shooters are hot.

Don’t get me wrong, the run that the Loyola-Chicago Ramblers has been on led by Sister Jean is one I don’t want to see end here. It will for sure be a close game and will keep Michigan fans and Loyola-Chicago fans on their tippy toes… But, the Blue are tough on defense and can attack on offense if you’re sleeping.

The Wolverines head to the Title Game, beating The Ramblers by single digits.