Why Kansas will win it all 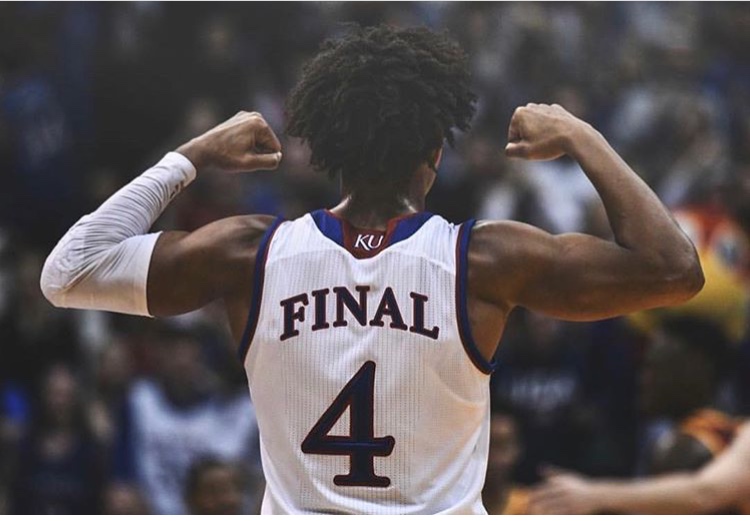 The Final 4 is among us. 4 teams have battled through tough opponents, buzzer beaters, and nonstop action the last month. On Saturday, Loyola- Chicago will take on Michigan and Kansas will take on Villanova, all looking to take one step closer to winning the National Championship. All 4 teams have a great chance to win, but this is why Kansas will be your 2017-2018 national champions.

It is hard to say there has been anyone hotter than Malik Newman right now. Newman played possessed on Sunday vs Duke. He’s averaging 22 points a game this tournament and over his last three games has shot 48% from three. He has been the most dominant player in this tournament so far, and it is hard to find a player who can guard or outscore him from either of the 3 remaining teams. If he can score 22-25 points in the next two games, which he has shown he can do, then good luck stopping this Jayhawk team.

Devonte Graham is the definition of college basketball’s iron man. In Big 12 play and the conference championship, he only missed 9 minutes total in a span of 17 games. When he is on the court, they are a much better team than when he is not, which is rarely the case. Graham’s ability to play most or all of the game will come in handy the next two games. When Jalen Brunson is not on the court, it will be difficult to stay on Graham, and in the finals, whoever they play will be tired from Saturday’s game and need more rest. Graham can produce at any time of the game, no matter how much rest he has, and that will be especially crucial towards the end of the game. Graham is the key to this Kansas team, and he will be able to take him to the championship in his senior season.

They know how to beat the Top teams

When Kansas was ranked a 1 seed in the tournament, many people were surprised, considering the only time they were ranked in the top 4 was the beginning of the season. The reason why they got this ranking was not because the committee liked them, it was because they had the most wins against Top 50 teams this season in Division 1. They have taken down highly ranked teams such as Duke, Kentucky, Texas Tech, West Virginia, and are actually 10-1 this season against the teams that made the Sweet 16. Villanova will definitely be the best team they have played this season, but they have shown time and time again they have what it takes to beat a top team. They have what it takes to knock down Villanova, then claim the championship against either Michigan or Loyola Chicago.

Feel Free to DM me on Twitter (@arielputerman) to debate this.