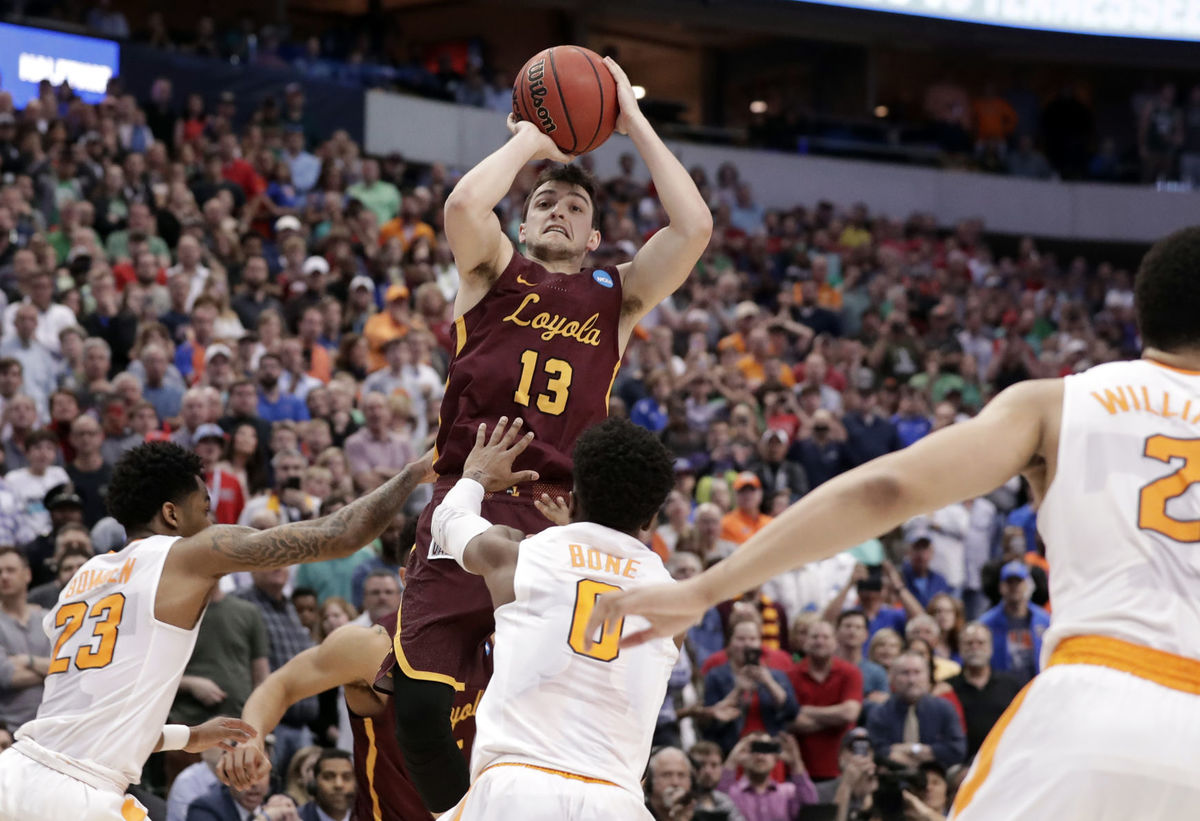 Sister Jean and the Ramblers upset the #3 seed Volunteers 63-62. A last second jump shot from Clayton Custer secured another unbelievable win against a stellar Tennessee team in the Round of 32.

Following their first round upset over Miami (FL), the Ramblers had no plan to stop there.

Tennessee got their motors going when they took a 15-6 lead early in the first half, but Loyola-Chicago wouldn’t give up. Once Loyola-Chicago secured a lead 23-22, they had the lead until the final 20 seconds when a prayer was answered and Clayton Custer’s jumper took a lucky bounce off the rim and gave the Ramblers the lead once again and shocked the entire country.

The Volunteers turned the ball over (ONLY) 7 times, but couldn’t capitalize on defense as everything was falling for Sister Jean and her basketball team. The Ramblers were 50% from the field and went 11-16 from the line, only allowing the Vols to get to the line 6 times throughout the entire game.

Loyola-Chicago will face off against the winner of Nevada v Cincinnati in the Sweet 16.