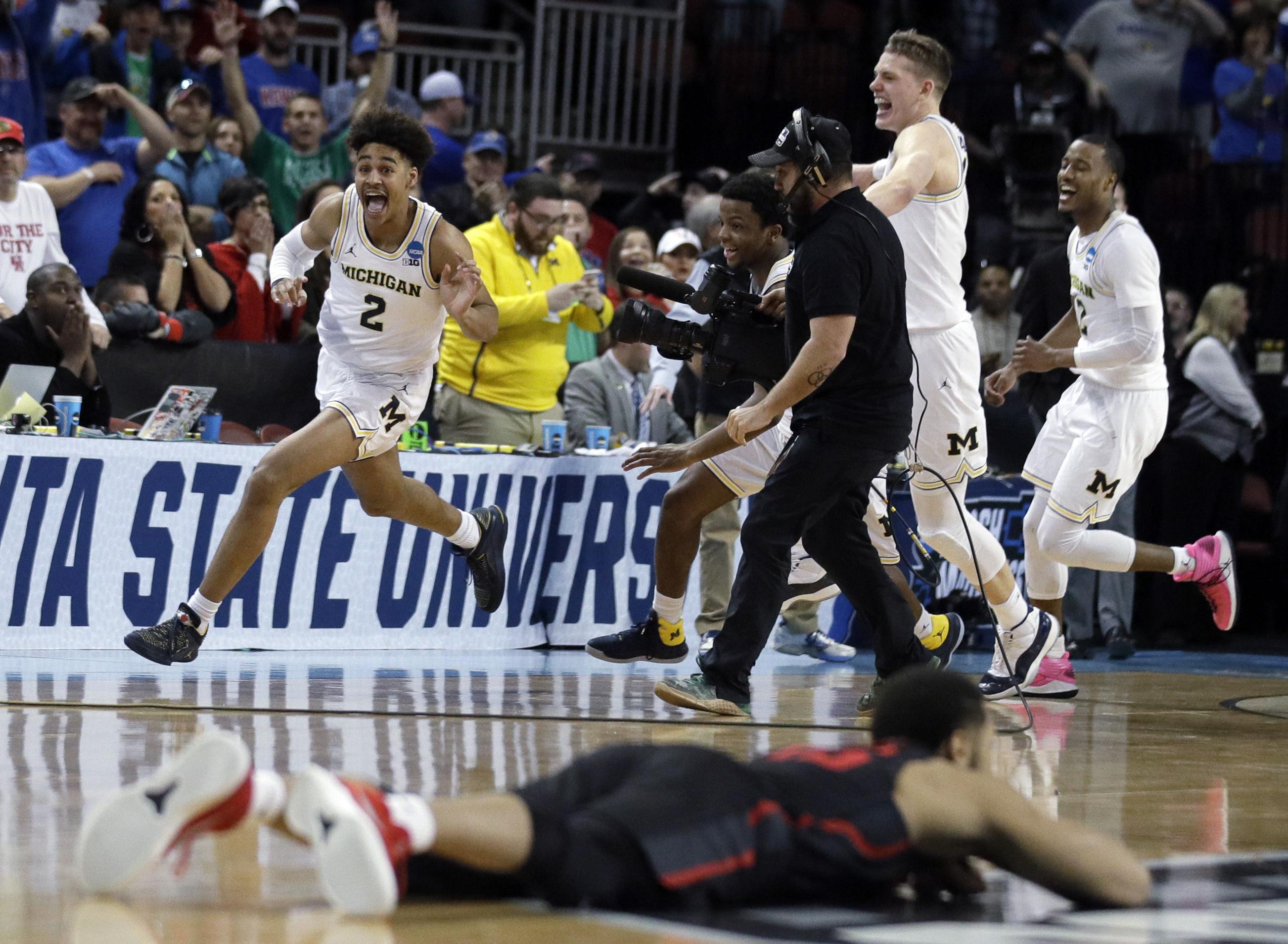 Michigan seemed like they had lost this back and forth game that had 17 lead changes and 12 ties.

Davis gave the Cougars the lead when he made two free throws with 44.1 seconds left, then pushed the advantage to 63-61 when he made the second of two more foul shots with 24.9 seconds to go.

Then, Abdur-Rahkman and Charles Matthews both missed shots at the other end for Michigan. Davis grabbed a rebound and held the ball before being sent to the foul line.

The senior forward missed both after going 8-9 from the line before this trip.

Then with 3 seconds left, Michigan chucked the ball to an open guard off an inbounds pass, took a few dribbles and passed it to Poole.

From there, Poole heaved up a contested deep 3 and drained it. One might even say he was hacked on the play and should have taken a free throw.

The ecstasy of victory, and the agony of defeat were evident once the shot fell as Michigan ran around the court and Houston players collapsed.

Abdur-Rahkman and Moe Wagner had key contributions by scoring 12 points each to lead Michigan, but the star of the game was Poole who’s shot earned a trip to the sweet sixteen.

The Wolverines locked in on Gray in the first half by applying major pressure and were able to hold him to 8 points on 2-11 shooting. He was visibly frustrated at times in the first half, but he was able to turn it around in the second half and played much better.

Rob Gray finished with 23 points and Davis finished with 17 for the sixth-seeded Cougars, who were trying to reach their first Sweet 16 since 1984.

Up next for Michigan is a matchup against North Carolina or Texas A&M.