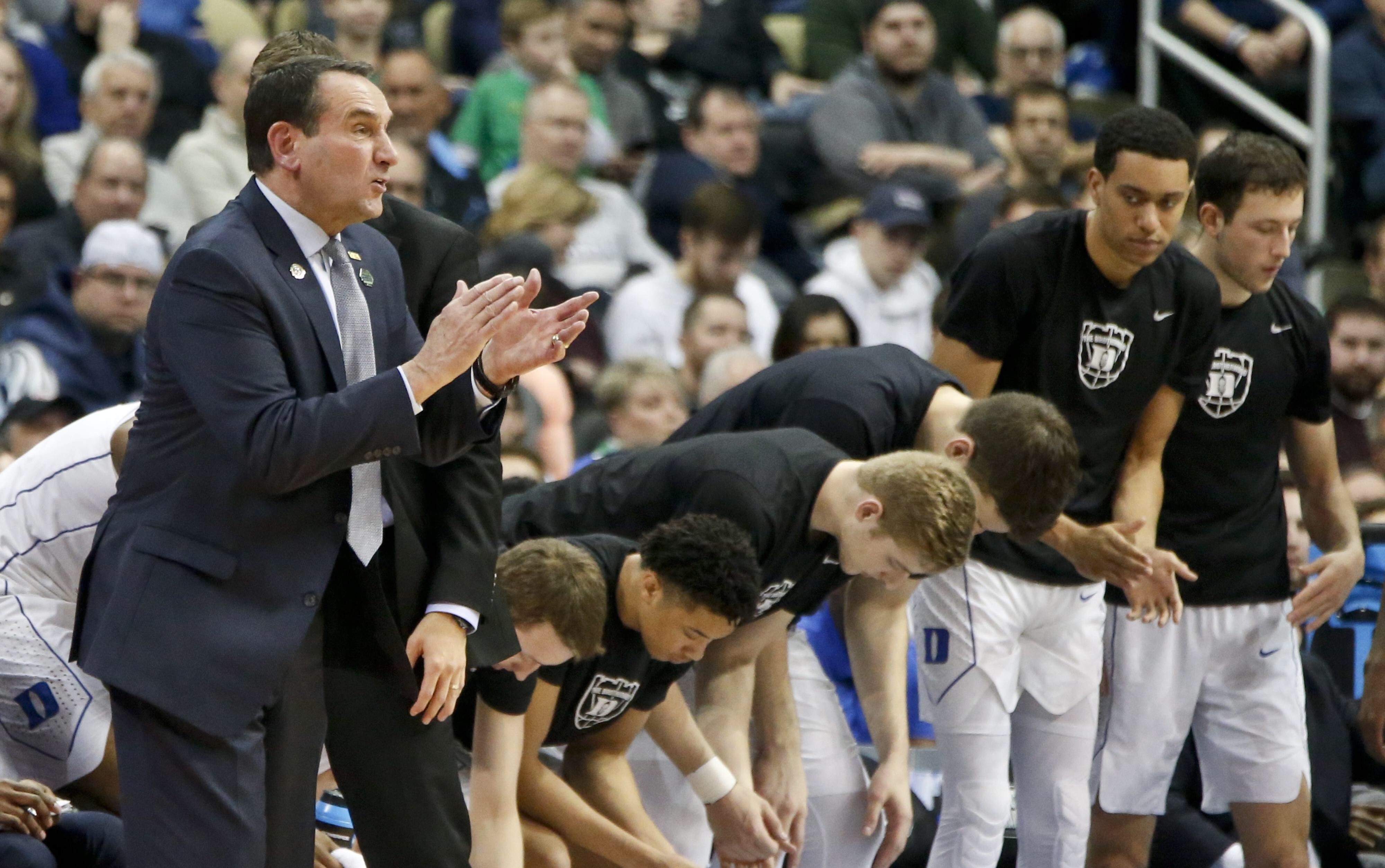 Duke easily beat Rhode Island this afternoon, 87-62, to advance to the sweet sixteen. Duke dominated this one, leading the Rams by double digits for the entire second half.

After falling behind by 5 early, Duke never gave Rhode Island a chance the rest of the game. The Blue Devils, trailing by 1 with 12:16 left, went on an 18-4 run to put the game out of reach from the Rams. Dukes win probability was above 70% the entire game.

Rhode Island really had no answer to Dukes overpowering athleticism. All five starters for the Blue Devils reached double figures, led by Marvin Bagley, who posted 22 points and 9 boards. E.C. Matthews had a game high 23 points for Rhody.

Not only did the win put Duke in the sweet sixteen, it also put hall of fame coach Mike Krzyzewski in sole possession of most wins in Division 1 basketball history, passing the late Tennessee women’s coach Pat Summit. Coach K commented after the game that Pat Summit “was as good a coach as there was.”

Duke now moves on to the sweet sixteen where they will face the winner of Michigan State and Syracuse. Duke faced Michigan State earlier in the season, a game where the Blue Devils prevailed, and a game that looked to be a future final four matchup. Rhode Island will go back home after their second straight NCAA Tournament appearance with at least one win and prepare to continue the streak into next season.