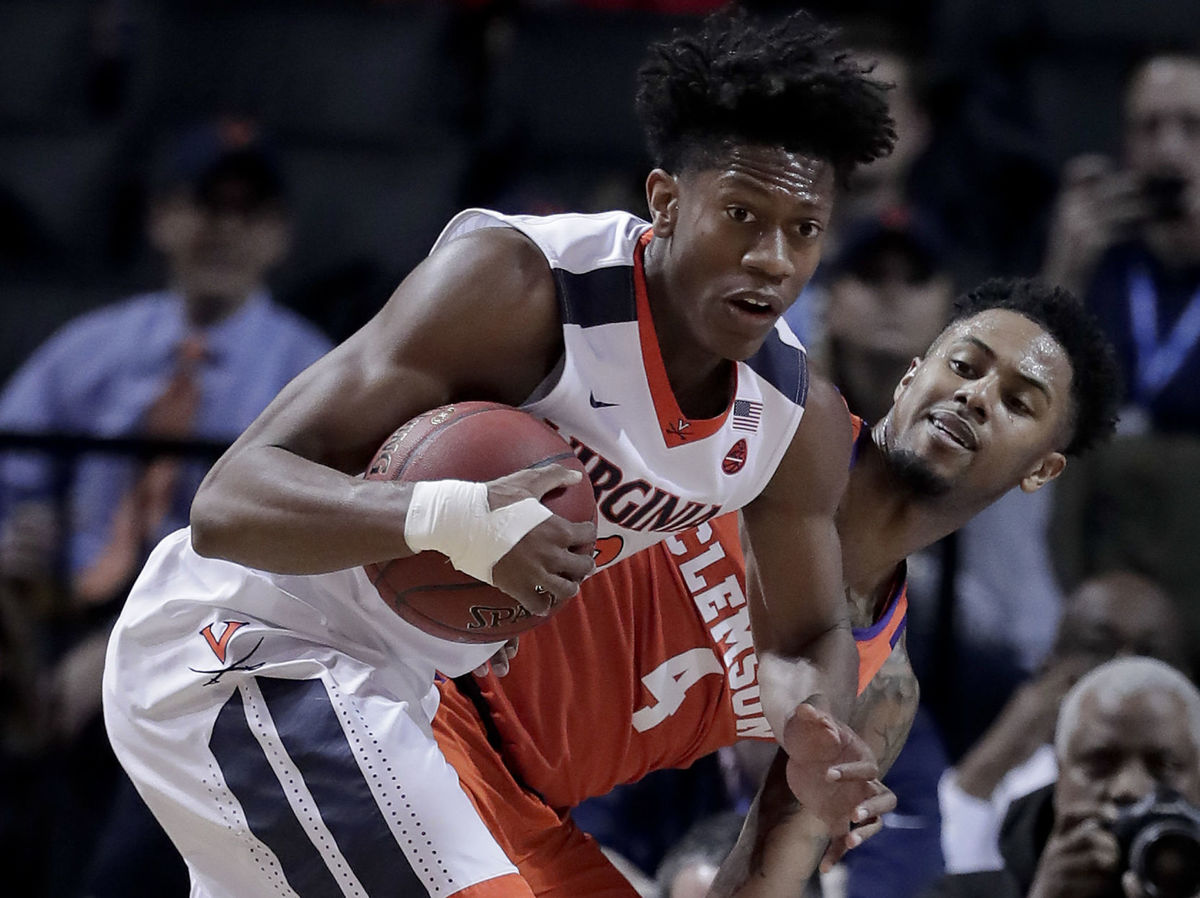 Virginia defeated Clemson, 64-58, to advance to the ACC tournament finals. The Cavaliers ended the first half on a 19-3 run, holding Clemson without a field goal for nine minutes, and never trailed in the second half.

Virginia fell behind to the Tigers 20-13 with 9:33 to go in the first half, but Tony Bennett’s first ranked team went on a run to take a commanding 32-23 lead into the break. Clemson cut the Cavalier lead to just five with 1:10 left, but free throws by senior Devon Hall iced the game for Virginia.

Sophomore Kyle Guy led the Wahoos  with 15 points, and junior center Jack Salt  tallied on eight rebounds and eight points in the win. Shelton Mitchell had a game high 18 points for the Tigers.

Tony Bennett’s team played yet another game at their pace and style, having just 61 possessions. The Cavaliers continue to justify their number one ranking and are looking more and more like the nations most consistent team and the safest pick in your brackets.

As for Clemson, they showed many positive signs in the loss. Shelton Mitchell continues to step up in Donte Grantham’s absence. In addition, Elijah Thomas put up 15 points from the front court. Clemson is starting to regain momentum going into college basketballs premier event.

Virginia moves on to the ACC title game where they will face either UNC or Duke for the crown. Although it most likely will not affect the Cavaliers seeding, Virginia will be trying to bring the trophy home to Charlottesville for the second time in five years. As for Clemson, their season will be put on hold while they await their seeding from the NCAA Tournament Selection Committee.