Duke Flips the Script, Beats UNC by 10 on Senior Night 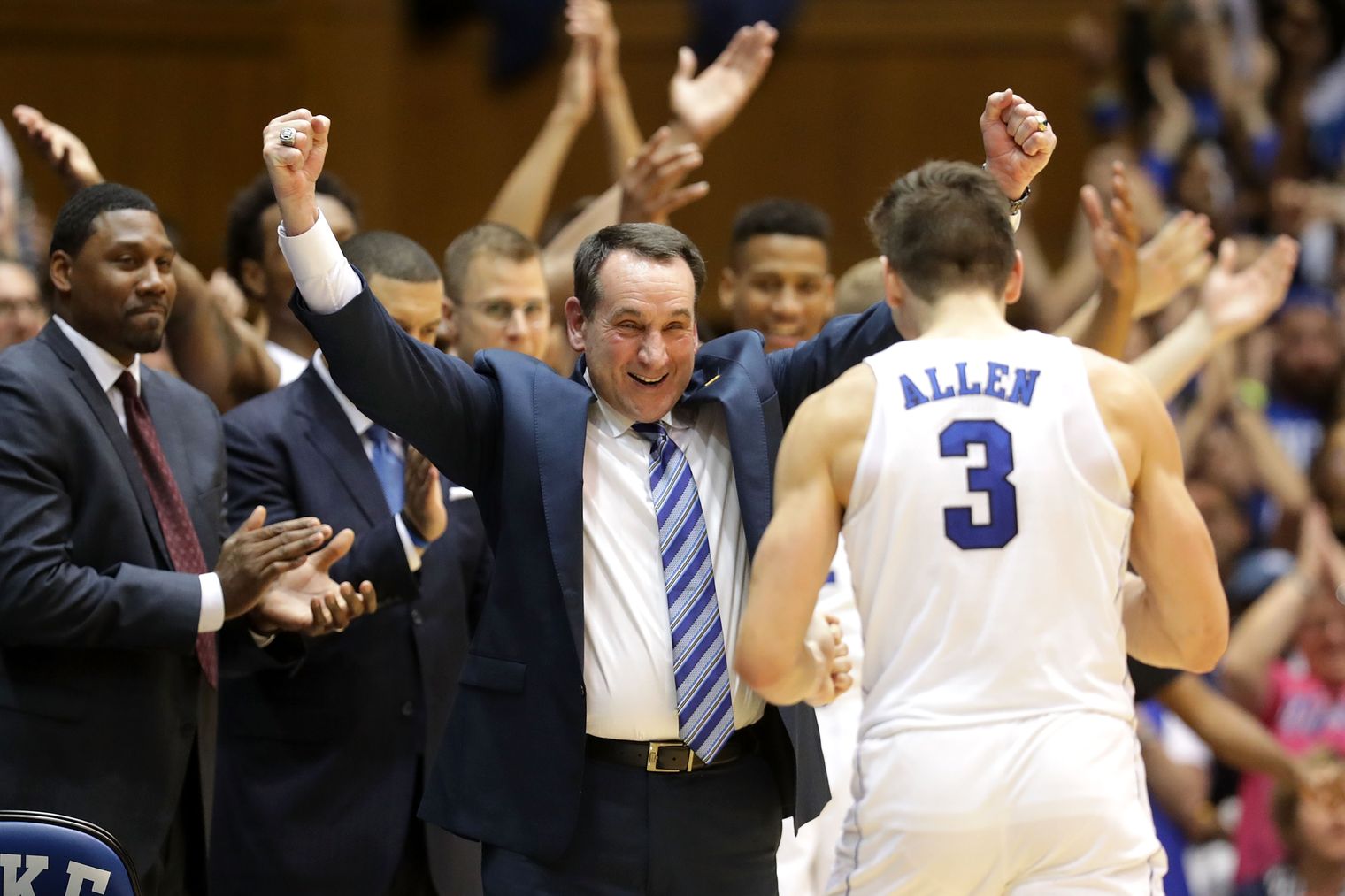 Duke trailed by 13 early in the second half, but clawed their way back, ending the game on a 45-22 run. The Blue Devils gained momentum throughout the second half with three point shooting and key stops against the Tar Heels. The lead bounced back and forth until Gary Trent Jr. hit a three pointer to put his team up 5. Duke never trailed after.

When the game was about to end, Coach K pulled out his captain for one last ovation from the Cameron Crazies. The two embraced with smiles as the crowd roared for their teams fiercest competitor. Once the horn sounded and Allen shook hands with UNC, he ran down the sideline giving high fives to his classmates.

Duke picked up a much needed win. Not only did this game tie the season series at one a piece, it also gave the Blue Devils the 2 seed in the ACC Tournament and pushed them closer to a one seed in the big dance. UNC will feel the effects of the loss on Wednesday when they start their tournament a day earlier than they hoped for, as they fell to the 6 seed in Brooklyn.

UNC will face the the winner of Syracuse and Wake Forest on Wednesday, and Duke will play the winner of Notre Dame-Pitt and Virginia Tech on Thursday. If Duke wins their game Thursday and UNC wins their first two, there will be a third matchup between the rivals this season. For now, the season series is tied, and the two teams will attempt to take home the ACC trophy and improve their seeding for the NCAA Tournament.