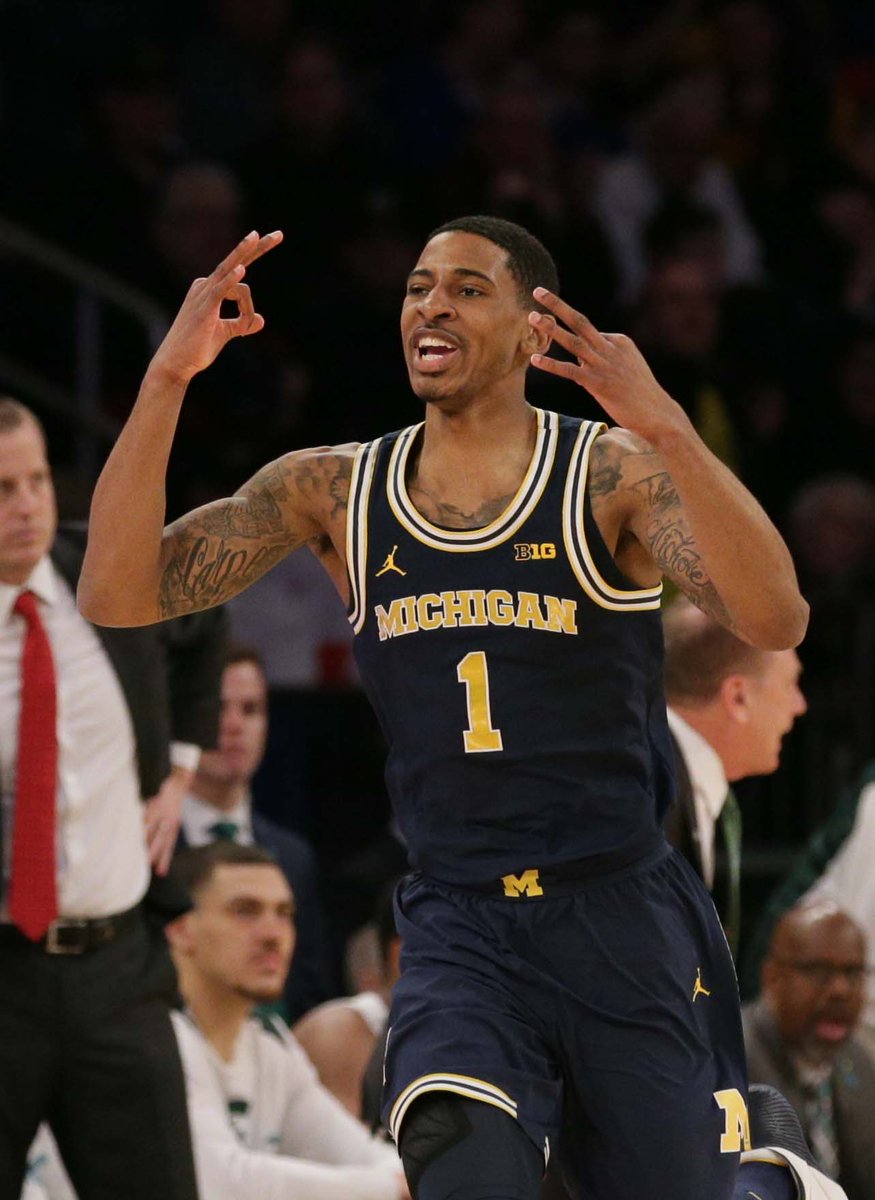 Don’t count out Michigan.  That’s right, the 5 seed in the Big-10 is staying in New York one more day for the Big-10 Championship game.

The first half was mainly defensive as the Spartans led the Wolverines, 29-26.  Michigan did get off to a hot start, opening up an early lead of 13-4 thanks to 7 of those points from Zavier Simpson.  However, Miles Bridges and Cassius Winston led a charge, and Gavin Schilling eventually took the lead back for State, 16-14.  The rest of the half went back and forth, with Michigan State closing on a 5-0 run to go up 3.

The second half was much different, as both teams nearly hit 50 points.  Again back and forth, Michigan started to pull away, when Zavier Simpson hit a layup to put his team up 7 with only 7 minutes remaining.  The Spartans hung around for a while, cutting it to 5 with 3:23 left on the clock.  However, in the end, the Wolverines sealed it, with a final score of 75-64.

The Wolverines had 5 players in double-digits, with Moritz Wagner also grabbing 8 rebounds.  Duncan Robinson had a big 13 points off the bench.

The Spartans are still in play at a 1-seed, had 29-4 overall.  However, after a close game with Wisconsin and a loss to Michigan, their stock is falling a bit.  Selection Sunday will tell.

The Wolverines are trending up.  Projected as a 3-seed in Matty Brackets (3/2/18), they most recently had an impressive win over Nebraska, followed up by this win over Michigan State.  A 1-seed is most likely out of reach, but a 2-seed is still viable.  Michigan will play the winner of the other Big-10 semifinal of Penn State and Purdue, on March 4th at 4:30 PM (ET).