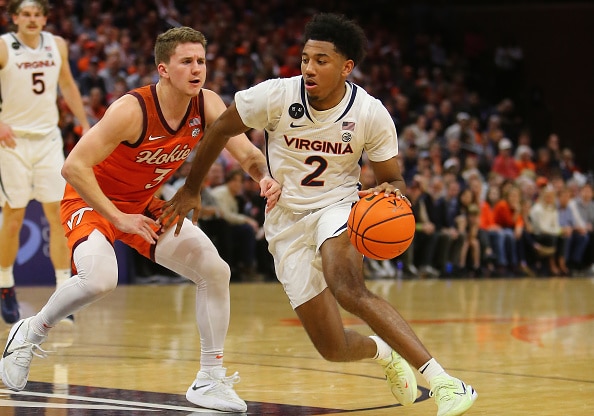 Matchup of the week: Miami (Fla) vs. Duke

Virginia picked up two nice wins, one against in-state rival Virginia Tech, and the other on the road versus Wake Forest. Wake Forest plays completely a contrasting style to Virginia, but the Cavaliers handled it well and fought off the Demon-Deacon’s comeback attempt. Virginia seems to be the most consistent team in the league as of now, and it looks like they will compete for yet another ACC regular season title under Tony Bennett.

Clemson picked up its first ACC loss on the road at Wake Forest and struggled to beat Virginia Tech at home, needing a last-second shot from Hunter Tyson to pull out the win. Nonetheless, Clemson still sits atop the ACC, and unless they truly are regressing, they should pick up two more wins next week.

Miami almost took down Duke on the road but could not pull it out. The win for the Hurricanes would have given them yet another quality win, but alas, they fell by two points. Miami now has two tough tasks ahead, going on the road to FSU for an in-state rivalry followed by a trip north to square off with a very capable Pitt squad.

Duke remains undefeated at home this season, knocking off Miami for perhaps its best win of the season. Jeremy Roach tallied 14 points off the bench in the win, while Kyle Filipowski paced the Blue Devils with 17 of his own.

NC State seemed to be on the cusp of the top 25, falling just short in the AP Poll this week, but could not improve their resume in Chapel Hill. The Wolfpack are still at the top of the conference, but the four losses now could be an issue at the end of the year when seeding for the ACC Tournament is finalized.

UNC is playing its best basketball of the season right now. The Heels have won all but one game in January, and the only loss came on the road at Virginia. Furthermore, UNC took down their rival in NC State by double-digits despite the Wolfpack coming into the Dean Dome red hot. North Carolina is fighting its way off the bubble right now.

It is time to start asking if Wake Forest is a legitimate ACC basketball contender, and the answer is quite simple: yes. The energy in Winston-Salem is unmatched at home games, and Clemson found that out firsthand. Wake fell behind early to Virginia and could not quite claw back, but the ability is absolutely there. Wake Forest could be fighting for a double bye in the ACC Tournament in a month.

Pitt fell to FSU at home, which is why they slip so far in the rankings this week. The ACC has a clear middle of the pack, and it is quite populated, so separation in either direction is apparent. Losing home games to bottom-tier teams is absolutely a way to stand out from the cluster, but not in the way Pitt had hoped.

Syracuse could have had its first true signature win of the year at Coral Gables, falling by four at Miami. A win there would have been huge for the Orange, whose resume is mediocre at best at the moment. Cuse hosts UNC to start the week, which could give them the signature win they desperately need.

Florida State has quietly made its way back into the middle of the pack of ACC basketball teams, winning two road games last week. Unfortunately for the Noles, their non-conference resume was so awful that an at-large is out of the question. However, FSU could get a decent seed in the ACC Tournament and make a little noise.

Virginia Tech continues to slip, falling to two ranked opponents this week. However, Virginia Tech got back Hunter Cattoor from injury, and has slowly been playing better, it just so happened that he returned during a week that the Hokies played two of the league’s best teams.

Boston College remains just above the bottom of the league with its second win over Notre Dame this season. Other than that, there’s not much to smile about in Boston, as the Eagles remain below .500 and have very little to look forward to this season and beyond.

Fortunately for Georgia Tech, its two losses are not as bad as Notre Dame’s two losses, so the Yellow Jackets do not need a win to move up in the ranks this week! Unfortunately, with games against Clemson and Duke this week, and with the Irish playing Louisville this weekend, G Tech looks like it will be holding 14th place in the conference by itself next week.

Mike Brey announced his retirement earlier this week which was the only newsworthy information that came out of that program. Notre Dame continues to struggle, falling to FSU and BC at home. They should get their second league win this week against Louisville, though.

Louisville remains winless in the ACC after this week. Their best chances to pick up wins come this week against Boston College and Notre Dame, but even that seems unlikely at this point.