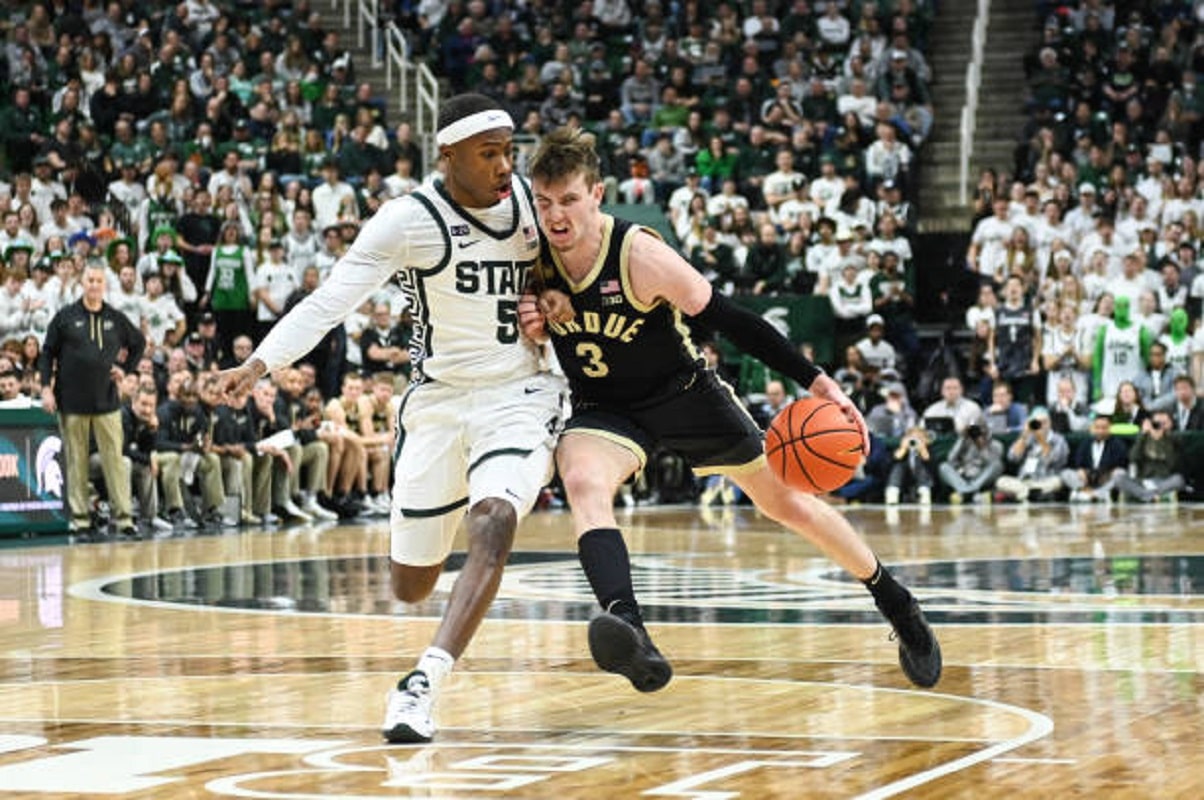 The freshman in the Big Ten continue to get quality playing time, and they’re making the most of it. Joe Jackson goes through 5 freshman that have impressed him as of late.

Now that we are well into the Big Ten season, it is common for freshman to hit the “freshman wall”. However, there are plenty of freshman that teams can’t afford for that to happen to since they are relied on so much. In a conference full of parity, there seems to be more parity amongst playing time between older and younger guys.

There are potentially 3 freshman that could end up being first round picks in the NBA draft this season. There are a few other freshman that are starting and playing significant minutes for their teams. Just to name a few, Purdue, Illinois, Indiana, Michigan, Ohio State, and Wisconsin (at least as of late) have at least one freshman starting.

In this article, I’m just going to go over some of the freshman that have impressed me over the past few weeks in the Big Ten. These are not the 5 freshman that I think are the “best”.

Jalen Hood-Schifino came as one of the highest ranked freshman, a 5 star and someone that IU was really looking to help get the program back to the elite level. He dealt with some injuries early, and it took him a bit to really get comfortable. Since coming back in December, he has been much better. This has also coincided with him starting at point with the injury to Xavier Johnson.

A lot of this production comes from his pull up ability combined with the pick and roll game. Per Synergy, Hood-Schifino is averaging 1.051 points per possession (PPP) on pull up jumpers. That is in the 84th percentile for D1. When breaking that down into splits, he is 23/56 on pull up 2s, and 12/21 on pull up 3s. Those are both pretty elite numbers.

At 6’6, he is a taller guard that is able to utilize his height to create passing lanes that others may not. He is able to see over more of the defense, identifying where the ball needs to go. Since returning from injury in December, he has had fewer than 4 assists twice (both games he had 3). The turnovers have gone up since running fully point, but some of that is to be expected.

He has a good feel of when the ball needs to get down low to Trayce Jackson-Davis or a shooter like Kopp in the corner. Teams have to be ready for him to get to his pull up out of the screen too, and he plays with such good pace that it is difficult to do.

One area I would like to see improvement is on the defensive end. I think he gets blown by off the dribble a bit too much, and he does not move his feet as well as he needs to. It will also be interesting if/when Johnson gets back since Hood-Schifino has been much better with the ball in his hands than working off ball like he did playing alongside Johnson.

Smith has been the starting point guard for Purdue from day one. His passing ability has worked perfectly alongside Edey. Painter has shown right away that he trusts Smith to make the right decision with the ball in his hands. He has been running a lot of pick and rolls for him, and Smith dissects the defense with ease often, knowing the balance of getting a lob to Edey, a kickout to a shooter, or calling his own number.

Smith is averaging 9.9 points, 4.9 rebounds, and 4.3 assists per game while shooting 45.5% from 3. He is currently 6th in the Big Ten in assists per game, and I think that is what makes him most successful. There is a comfort he has had from day one that is not common for a freshman, especially considering he missed a lot of the summer work with an injury.

Since Big Ten play started up again in January, Smith has been averaging 5.7 assists per game and only 2 turnovers per game. After the Rutgers loss, Smith was called out by Coach Painter after Smith had a timid game. There are times Smith has been too unselfish, letting defenses off the hook for not guarding him well. Smith responded to that from Painter by having 16 points, 6 assists, and 4 rebounds against Ohio State. He followed that uop with a 15 point, 6 rebound, 7 assist performance at Penn State. In his last game, Smith had 19 points, 7 rebounds, and 7 assists against Minnesota.

The pick and roll is where Smith thrives. He has one of the best roll men in the country in Edey which definitely helps. Per Synergy, Smith is averaging 1.011 PPP in pick and rolls including passes. That is in the 82nd percentile. Smith just is a winner flat-out. He knows how to make the right play and when. When he is playing at his pace, he has shown he can make any pass he wants to.

The big thing with Smith is he needs to be consistently aggressive. There have been games he has not been there as much, and it really has hurt Purdue.

Jayden Epps has done a bit of everything for Illinois. He has started with Clark gone and came off the bench. Some games he has facilitated more and some games he has scored. His defense has been solid.

Epps is averaging 9.7 points, 2.1 rebounds, and 1.7 assists while shooting 36.6% from 3. He has not had the ball in his hands as much as the two freshman above, but he has done well when given opportunities.

He has been comfortable running pick and rolls, and he gets to the rim a good amount. He is not the quickest, but I think he knows how to use his body to get there.

The defense has been solid from Epps too for the most part. Illinois as a team has been up and down, and Epps obviously has followed suit a bit with that. But I trust him as an on ball defender.

Epps has been lights out when he has been open. Per Synergy, Epps averages 1.424 PPP on open catch and shoot 3s, good for the 81st percentile. On a team that has struggled a bit with shooting at various times, Epps has been able to knock down the open ones.

I do hope to see the finishing at the rim improve. It is tough going up against Big Ten bigs, but often times I find him falling away from the rim and having to scoop shot it up instead of getting a true layup.

McDaniel is another freshman that has been thrusted into the starting point guard spot due to injury. He has been starting since Llewellyn went down with a torn ACL.

He is definitely still young and has things to improve on, but the thing that stood out to me is how quick McDaniel is. He is listed at 5’11 160lbs, so he has to find other ways to get downhill. His first step is one of the quicker ones in the Big Ten, and this is where a lot of his upside is.

To pair with the quickness, McDaniel has shown to be a good facilitator. So at his size, maybe he can’t always get to the rim, but he can get into the paint. From there he has the passing chops to be able to hit whoever is open on the perimeter or Dickinson rolling to the rim.

McDaniel had 17 points and 5 assists against Northwestern, playing 37 minutes in the game. He has had at least 4 assists in the past 5 games, and he has not turned the ball over more than 3 times in a game all season.

The shot will need to improve. He is currently shooting 31.0% from 3. It is a very high arcing shot. If he is able to improve on his shot, then teams will have to respect it which will allow him to use his first step even more.

The stats maybe are not as impressive for Mahaffey, but he has started to really find his role as this point forward that also plays some center for Penn State.

Mahaffey is averaging 3.9 points, and 1.9 rebounds on the season. Since really finding his role over the past 5 games, those averages have gone to 7.8 points, 3.0 rebounds, 1.0 assists, and 1.2 steals per game. He has good length and understands how to disrupt opposing offenses. He is an athletic wing that is also very comfortable running the offense.

He is best in transition, especially after a steal. This is where he is most allowed to use his athleticism and ball handling to get downhill. Penn State has experimented a little bit with Mahaffey running the Pickett role of sorts, having him run point but also posting up.

In order for Mahaffey to take that next step as a defender, he will have to learn how not to foul. Now he is 6’6 and going up against Big Ten bigs often, so it makes some sense that he fouls a lot. He also will need to develop a jumper to truly become effective in the half court setting.

To read about 5 other freshman that have impressed, check out my part 1 from a month ago here.