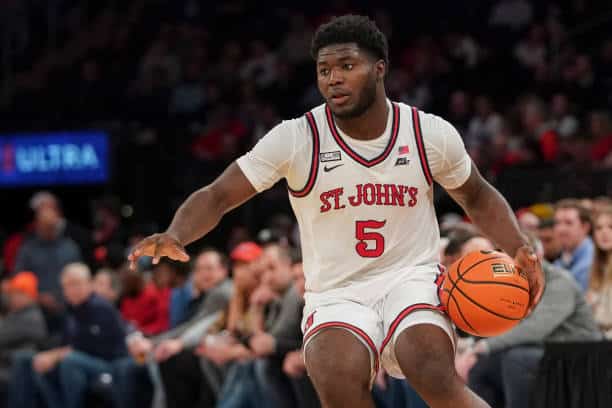 Sneaky good matchup of the week: Seton Hall vs. Memphis

Creighton handed business for a second week in a row, dismantling Holy Cross and UC Riverside. The real challenge presents itself this week in the Maui Invitational, but at least for now, the Bluejays are playing how you’d expect a top 10 team in the country to play.

Like Creighton, UConn hasn’t had any challenges this season, but in the same breath hasn’t given a reason to believe they aren’t an elite basketball team. The Huskies won by 20, 36, and 35 points respectively. This week, they play in the Phil Knight Invitational, which could provide three resume-boosting games in the span of four days. Buckle up!

Pitted up against Indiana, the Musketeers showed what they are made of against one of the best teams in the Big Ten. Despite some early defensive struggles, Xavier continues to show why they are a dark horse Big East basketball team this season. Adam Kunkel coming off the bench proves the depth they are blessed with.

The Big Ten dominated Big East basketball hopefuls in the Gavitt Games, but quietly, the St. John’s Red Storm picked up a 20-point win over Nebraska. Were the Johnnies supposed to win? Yeah. But in a week where the Big East really stunk, St. John’s did what they had to do and are still undefeated on the season. That’s gotta be worth something.

Times in Philadelphia are not well. The Wildcats are trying to manage a tough non-conference schedule without Cam Whitmore and Justin Moore, and it shows. So far, they’ve only been able to take home two wins against mid-majors and were nearly upset by lowly Delaware State. The loss to Michigan State was close, but Nova needs at least one of their injured stars back to compete at a high level.

The Golden Eagles showed their youth in a close loss to Purdue, where Marquette shot under 40% from the field. However, the fact that they still almost managed to come home with a win says a lot about Shaka Smart’s coaching. Marquette will be dealt some more challenges in the Fort Myers Tip-Off this week.

Seton Hall has had zero trouble beating up on the mid-majors. But on the contrary, they got showed up at home against a pretty comparable Iowa Hawkeyes team. It’s gonna be back to a few tests during Feast Week, which should give us a real taste of whether or not this Pirates team is legit.

Butler did what I expected them to do, but with a bit more flare. They really hung in there with a good Penn State team and didn’t look back against St. Francis – PA or The Citadel. Clearly, the Bulldogs aren’t messing around and Thad Matta has them playing some good basketball. Up next? Tennessee and a few other very good teams in the Battle 4 Atlantis.

The Providence Friars played their early-season tournament a week earlier than everyone else, and went 0-2 in the process. Even worse, the Friars were practically playing at home at Mohegan Sun in Connecticut. While both of their losses – especially against Saint Louis – were close, they still lost twice, which shows that this isn’t last year’s Friars team. They’ll look to reset against a pair of mid-majors this week.

It was a whirlwind of a week for DePaul. After winning with ease over Minnesota, they lost two in a row to Santa Clara and Oklahoma State, setting them back a bit. The Gophers’ win leads me to believe the Blue Demons have something in the tank, but the consecutive losses don’t help the case. DePaul can try and regroup against another team on a mission to prove people wrong, in Texas A&M.

It was a 1-2 week for Georgetown and it wasn’t pretty, losing to one of the worst teams in the Big Ten in Northwestern and then a buy game to Loyola Marymount by 18 points. A win over La Salle isn’t a terrible way to bounce back, but it still shows how far behind the rest of the Big East the Hoyas really are.