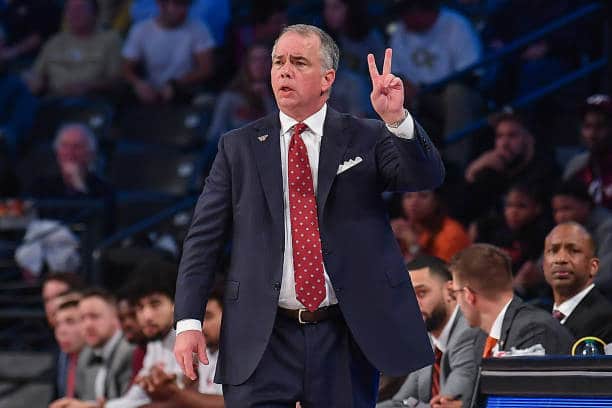 CBB Review’s Ethan Carbone goes in-depth on the top 30 college basketball recruiting classes. Next up are the Virginia Tech Hokies.

Rice comes in as a very mature guard who will be able to handle the ball like a pro, finding his hot spots on the court with ease. He has one of the smoothest jump shots in his class with a deadly step back. Realistically, Rice will be a perimeter guy only coming inside the arc to attempt tough mid-range shots.

As a freshman, Rice will be the sixth or seventh man for the team, coming in for quick buckets and to help out when the offense gets stagnant. With the Hokies running a strong inside-out offense it should be a perfect fit for the combo guard who has the potential to work his way up to the official sixth man of the team.

It’s fair to say Rice has All-ACC honors potential and could end up being a name recognizable to Hokies fans for time to come if he stays with the program for a few years.

Wessler comes in an outstanding frame standing at 7’0″ and 255 pounds. Wessler is a tremendous shot-blocker thanks to his reach. He’s also able to shift his seven-foot frame and rotate with other defenders to charge perimeter shooters and send their shots back where they came from.

Wessler’s best part is his post-game, where he uses a unique bag of tricks filled with spins, pivots, and baseline moves. On top of that, the seven-footer has an outside shot, which shows untapped potential.

As a freshman don’t look for Wessler to be much more than a role player, especially with Wright State transfer Grant Basile likely to make a huge impact down low. As time goes on the ACC could have a new big man to fear.

MJ Collins is an athletic combo guard for South Carolina. Collins’s entire playstyle is centered around his athleticism as shown by his lightning-quick reflexes that allow him to run and jump to an invisible beat to slam away putback dunks. Collins can also score from most spots on the floor and could be described as a pure scorer.

As a freshman, it’s the same thing as Wessler. Virginia Tech is deep and competitive, so Collins will get limited minutes to start but have great learning opportunities. However, in the future, the ACC has another talented player.

Buchanan is ranked by the regular 247 as the 47th best small forward in the country. However, there is no composite ranking to go by for him.

The one thing that will make the future Hokie stand out is the fact that he’s a freak of nature when it comes to his athleticism, which separates him from his peers.

Buchanan is also a natural defender who manages to stay in front of his opponents, force turnovers, and occasionally block shots. He has the potential to be an impactful perimeter defender down the line.