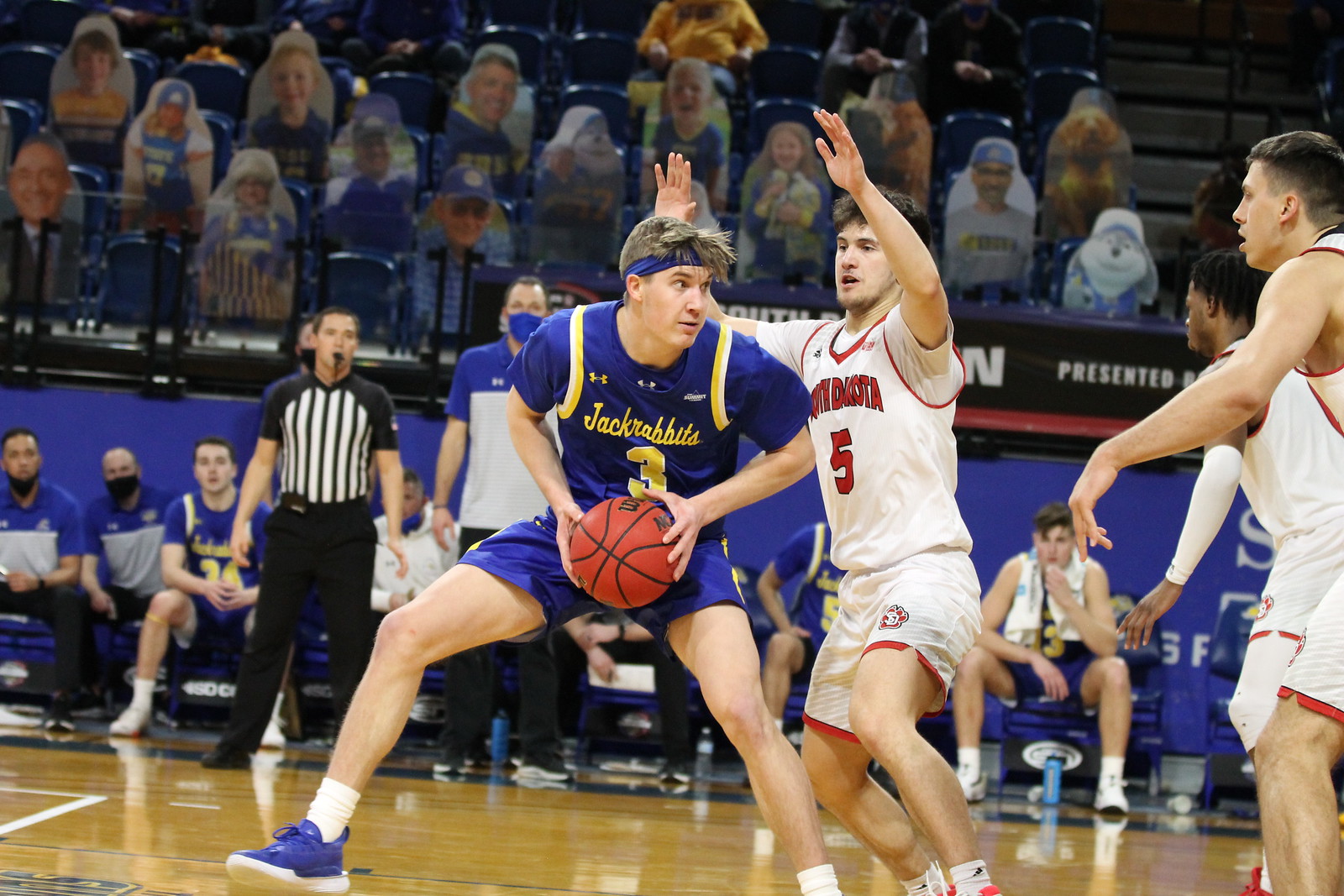 CBB Review hands out awards for each conference tournament in 2022. Up next: The Summit League Tournament.

If you were looking for a game full of offense, this game delivered. The Jackrabbits broke a few league records going perfect in conference play (19-0) and then reaching 30 wins in a season. This historic night came after a boxing match between South Dakota State and North Dakota State trading blows. The Jackrabbits pulled more punches as they defeated the Bison, 75-69, the claim the Summit League Tournament title.

The significant separation came at the end as South Dakota State knocked down free throws in the end. Another extremely balanced scoring night for the Jackrabbits, who are ready to hop into the tournament.

Wilson is the rock for this team. In the Championship game, he had a double-double putting up 21 points and 11 rebounds for his third of the year. He led the Jackrabbits in scoring every game of the tournament. Douglas Wilson was a significant contributor to why South Dakota State is heading back to the big dance.

This team has so much offensive powerhouse. The Jackrabbits have become known for scoring, especially from deep. In this Summit League Tournament  Championship, every starting player for South Dakota State scored in double-digits  Part of this team’s success tonight came off the ability to disrupt North Dakota State’s Rocky Kreuser to a 1-of-9 from the field and 0-for-3 and putting him at the free-throw line only once  This team is prepped and ready to make a run  A lucky draw and remaining hot offensively could quickly put this team into the Elite Eight.