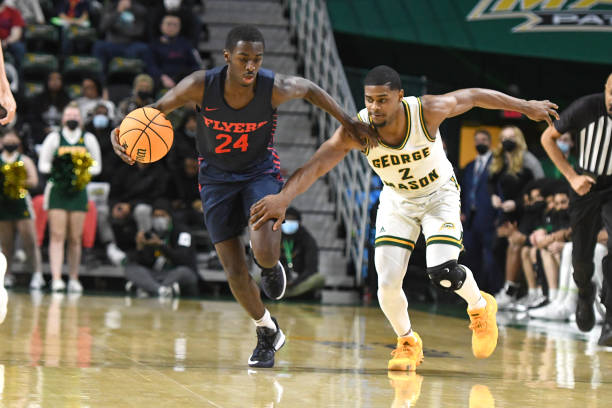 CBB Review highlights the ins and outs of every conference tournament leading up to Selection Sunday. Up next: The Atlantic 10 Tournament.

The Atlantic 10 Tournament has become one of the better, more historic conference tourneys in recent years. As always, multiple teams at the top have chances to claim the automatic bid.

Luka Brajkovic has rightfully received the most attention around the conference but Lee is arguably more important to Davidson’s success. His length, shot-making ability, quickness off-ball make the South Korean phenom an appealing NBA prospect.

Oduro quietly led the entire Atlantic 10 in scoring by a wide margin, at 18.0 points per game. Of his 177 field goals this year, 118 of them have come at the rim. A true post player.

For UMass to make any noise, Noah Fernandes needs to be an alpha. He is a great shot creator and capable driver who averaged over 14 points and nearly 6 assists per game.

Osunniyi is one of the most impressive two-way players that mid-major college basketball has to offer. He was third in the A10 with a 60.7% effective field goal percentage and led the conference in block rate.

The Billikens have had a rather underwhelming season but don’t be mistaken — the capability is still there. They have the ability to shoot the lights out on any given night and are one of the better rebounding teams in the conference. Gibson Jimerson is a capable guard who can score on all three levels. Even though they are not in the top four, Saint Louis is a great value bet for the A10 Tournament.

The Rams’ stout defense cuts off interior scoring and propels URI to the second round.

Fordham’s surprise season comes to an end as they can’t keep up with George Mason’s far superior offense.

It’s been a tough season for the Explorers and they will eventually run out of gas. Saint Louis will be no match for them.

UMass has played a lot more looser since the announcement of McCall being let go after the season. They are 2-0 since and will grab another win in the conference tournament.

URI makes a push but eventually, Richmond pulls away from the Rams’ anemic offense.

In a rematch of last week, Davidson overwhelms with offensive weapons and grabs another win.

St. Bonaventure has difficulty defending the rim, and the Billikens have a knack for finishing their chances. The Bonnies’ disappointing season comes to an end.

Upset alert! Saint Louis continues their miracle run as they are a team that could keep up with Davidson’s three-point-making ability but also diversify their offense.

Dayton is able to control the tempo and claim the Atlantic 10 Tournament crown for the second time in three years. Nothing is left in doubt; the Flyers are going dancing!