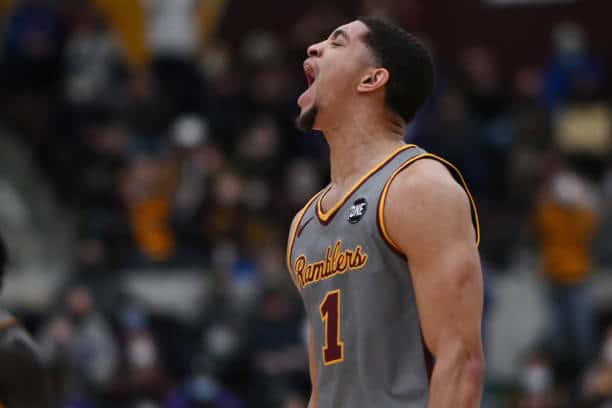 CBB Review hands out awards for each conference tournament in 2022. Up next: The MVC Tournament.

Arch Madness created some sweet moments as always, as Loyola-Chicago took down Drake in the MVC Tournament finals to advance to their second straight NCAA Tournament.

The Ramblers narrowly escaped the Bulldogs in a low-scoring battle, 64-58. Free throws almost proved costly down the stretch, as Marquis Kennedy missed two late ones that helped Drake get within one possession. However, Sister Jean’s honorary team held on to secure the automatic bid.

Williamson’s stats might not have blown you away – and they likely never will. He’s not going to put up Oscar Tshiebwe-type numbers. But he did have his best game of the tournament on the most important day. Williamson’s double-double helped the Ramblers secure an automatic bid.

And back to the initial note – if you like stats – Williamson had just two turnovers in his three MVC Tournament games. Both came in the quarterfinals. Something to think about.

It’s always tough to predict games before they happen and that’s especially true for mid-major teams. So much relies on matchups. However, the Ramblers are more than capable of winning a game in the tournament. The defense is tremendous and Drew Valentine’s squad moves the ball amongst each other well.