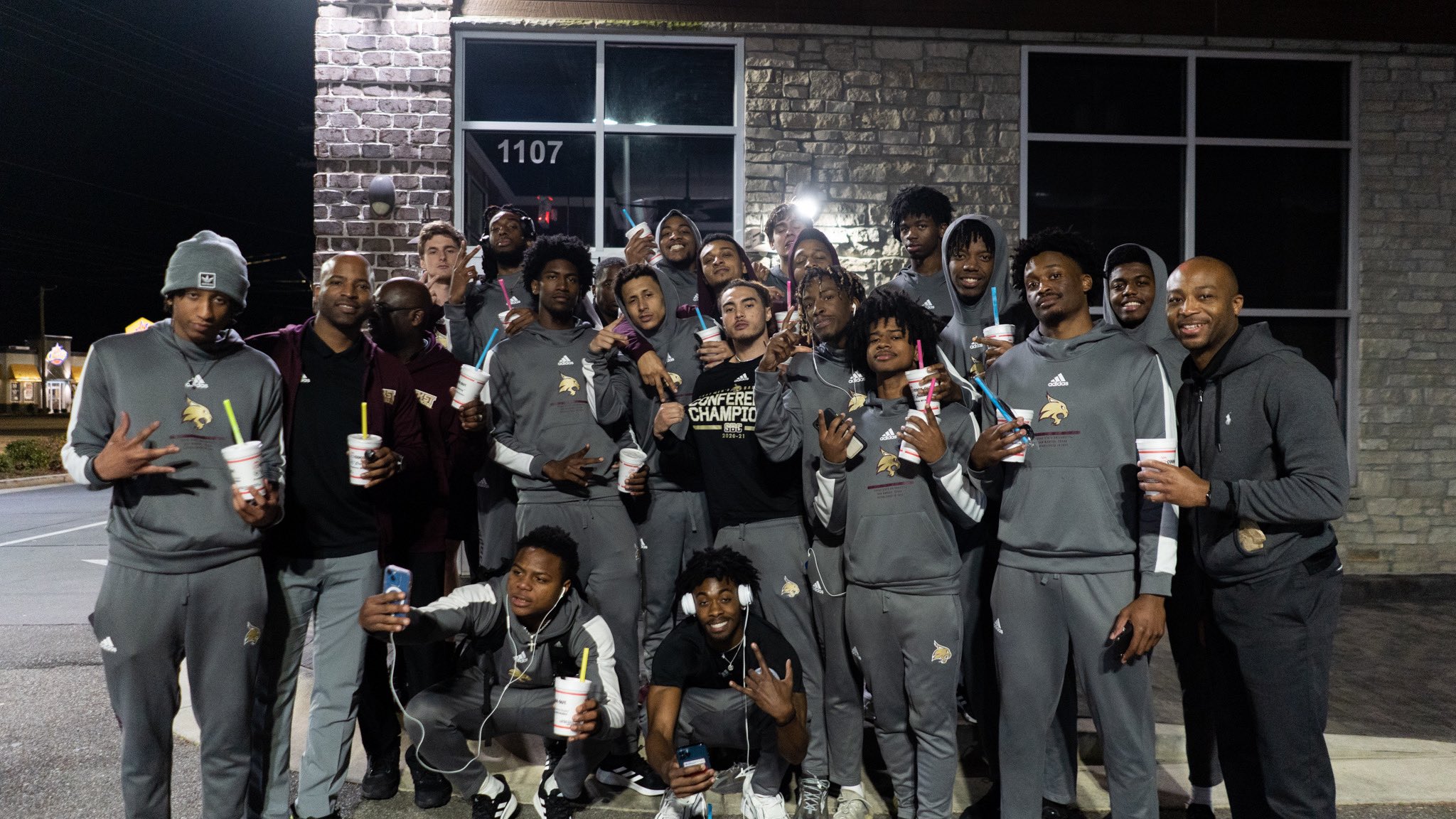 CBB Review Highlights the ins and outs of every conference tournament leading up to Selection Sunday. Up Next: The Sun Belt Tournament.

This year, the Sun Belt has had a lot of chaos coming out of last season. Texas State won the conference but three teams were within 2.5 games of the Bobcats. The Bobcats played just 15 conference games going 12-3, compared to second place Appalachian State’s 18 total games going 12-6. The Mountaineers will be just one of numerous teams that has a realistic shot at this year’s tournament as realistically the top six seeds have a fair shot to be heading to March Madness.

If you want to see more conference tournament predictions, check out the ASUN Tournament Preview.

Each player listed here has a unique skill that they lead their team in. David Azore was left off the list because UTA realistically will not win a game in this conference tournament.

Starting with Adrian Delph, a player that can truly do it all, scoring the basketball at a high rate of 41.9% from the field gathering him 17.3 ppg. Delph can also play-make, rebound, and defend the perimeter at a high level. Wouldn’t be surprising to see the Mountaineers go on a long run on the back of their guy.

Next up is Sun Belt player of the year Norchad Omier a big guy who shot 64.7% scoring 17.2 points and gobbling up 12 rebounds a night. An utter defensive monster who will force at least one turnover a game and send a couple of shots into the stands.

Essam Mostafa, the beast from the Middle East, dominated the paint this season grabbing 9.4 rebounds per contest. Mostafa, coming from Cairo, has been excellent in his young career and has dominated against good competition like Wofford where he had 24 and 13 in a win.

Caleb Asberry has been the leader for the Texas State Bobcats where he helped lead them to be regular-season champions of the Sun Belt. A mainly offensive player, look for Asberry to take the opportunity to be the leader defensively as well as Texas State was the favorite to make it out last year but was upset in the quarter-finals.

Last but certainly not least Jalen Thomas. While his stats aren’t the prettiest, Thomas has been a huge part of Georgia State’s seven-game win streak. Being the guy who blocks shots averaging 1.7 a game and fighting through screens to disrupt plays, Thomas’ presence is felt on the court but not shown in the box score.

Anytime you have a Conference Player of the year, you’re automatically in contention to win the conference tournament and it’s shocking that the Red Wolves are just the sixth seed. Having a guy like Omier is just the tip of the iceberg, the Red Wolves also enjoy the luxury of having not one but two upper-classmen guards who can score at will in Desi Sillis and Marquis Eaton.

Tipping off the Sun Belt tournament we have Louisiana a team that was projected to be in the upper deck of the Sun Belt. They take on the UTA Mavericks and David Azore, and all signs point to them taking this one assuming Azore can shoot as well as he has all season.

The Trojans play a Jaguars team that slaughtered them by 31 last time. Don’t expect anything different this time

Last time against ULM, we saw Norchad Omier put up 23 points and 26 rebounds in a loss. He 100% craves revenge and may break the single-game rebounds record for the Red Wolves at 28 held by Jim Ward.

If the Chanticleers manage to do all of the dirty work required to win they’ll get the job done. I expect a low-scoring affair with no more than 132 total points scored in this one.

This is where the Bobcats were upset last season, but will not be upset here again. Asberry may have the best game of his career as he desperately does not want to have another poor game as he did earlier this year against the Mavericks.

An In-State rivalry matchup that split the season series should be a game to look out for. Jay Jay Chandler has been the best player this season in the series against Troy. Expect him to drop at least 20 points.

Can Thomas slow down Omier? That would be the biggest question of the game. Omier has not played a game against Georgia State as it was canceled earlier this year. This should be a matchup for the ages. Coming out on top though are the underdogs. This is March!

Adrian Delph was the leading scorer in both games against Costal earlier this season and although both games were close the Mountaineers know that they can be a fifteen seed if they manage to win what will be a classic of a tournament.

Bobcats and Jaguars. These teams have met just once where the Bobcats escaped with a win. With this being the Jaguars’ third game in just four days I see no way how they wouldn’t be tired out and I know that Texas State would speed up their offense just to force South Alabama into an uncomfortable position.

This is where the Red Wolves would fall just because of how much they’ve had to play to get where they’d be exhausted and playing against Delph would prove difficult for the Red Wolves guards.

Last year Appalachian State won this matchup in the quarter-finals in OT this is the time for the Bobcats to get their revenge and it would be a hell of a matchup. Texas State won in the regular season but come conference tournament play everyone is at their best. Texas State should win in a close one.