From Slow Dance To No Dance: Five 2021 NCAA Tournament Teams Off The Bubble In 2022 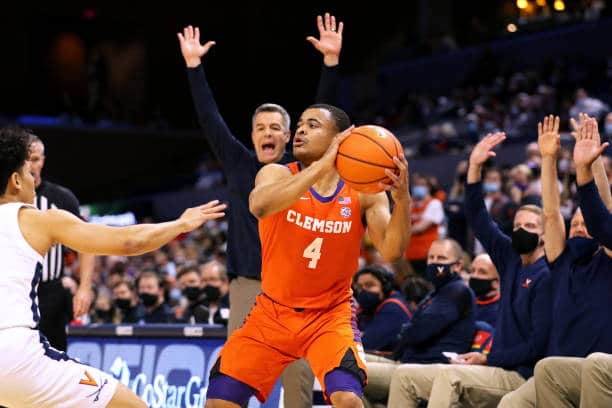 These teams made the NCAA Tournament last year but are far from the bubble in mid-February 2022.

Until the Pac-12 tournament last March, Oregon State wasn’t supposed to make the Big Dance. Sitting at just 14-12 and coming off a loss to Oregon, the Beavers needed overtime to beat UCLA in the quarterfinals before beating Oregon and Colorado to win the conference and secure an automatic berth.

The Beavers then shocked Tennessee, Oklahoma State, and Loyola-Chicago to get to the Elite Eight, where they fell to Houston. This year, the Beavers have struggled mightily, hobbling to a 3-20 record through 23 games. This includes losses to Samford, Tulsa, and UC Davis, as well as a 1-13 conference record. It’s a tough look for a squad that was a few minutes away from a Final Four just 10 months ago.

A 1 seed last year, Michigan was, like Oregon State, just a few points away from making the Final Four, losing to 2021 Cinderella UCLA. While UCLA has been a top-ten team this year, Michigan has looked lost for the majority of the season. Despite blowing out #3 Purdue last Thursday, Michigan has struggled to a 14-10 overall record to go with a 8-6 record in conference play, a far cry from the enormous preseason expectations that were heaped onto what was labeled as Juwan Howard’s best team so far in his tenure.

If there is a bright spot this year, it’s big man Hunter Dickinson. The sophomore center is averaging 17.9 points and 8.3 rebounds per game, and it’s worth wondering where Michigan would be without him. The rest of the regular season isn’t any easier for the Wolverines either, as they are only favorites in two of the next six games, according to ESPN’s BPI. As of today, Michigan is a long shot to even make the tournament.

Maryland, a 10 seed in last year’s tournament, beat UConn before losing to Alabama in the second round. However, this year, expectations were higher, beginning with Mark Turgeon’s three-year contract extension.

Ranked 20th in the preseason poll, the losses of Aaron Wiggins and Darryl Morsell were too much to burden for the Terrapins. The three-year extension turned into not even three months for Turgeon, who resigned on December 3.

Interim coach Danny Manning isn’t a horrible replacement for the rest of the season, but the Terps are struggling. 11-14 overall, a 3-11 conference record has them tied for 13th in the Big Ten. Hopefully, Maryland can find a fit coaching-wise, but it’ll get worse before it gets better.

Clemson has been a streaky basketball team during Brad Brownell’s tenure, sandwiching an NIT appearance with two years of no postseason, a Sweet Sixteen appearance between two more NIT appearances, and is currently following an NCAA Tournament appearance with a 12-14 overall record. The losses of John Newman, Aamir Simms, and Clyde Trapp are simply too much for the Tigers to remain relevant in the ACC, as shown by just 2 wins in their last 11 contests. It could be time for a coaching change in the Carolina upstate.

West Virginia basketball has always been strong under Bob Huggins, including last year. As a 3 seed in the tournament, they defeated Morehead State in the first round before losing a nail-biter against Syracuse. (Who themselves are another disappointing team this year.)

This year, however, the Mountaineers find themselves last in the Big 12. The conference is admittedly the best in the country, but a 3-9 record is nothing to be proud of.

Losing key pieces from last year’s team, Derek Culver, Miles McBride, and Jordan McCabe, a little regression was expected from the squad. But, with Taz Sherman coming back to anchor the backcourt, the Mountaineers were also still expected to be competitive and compete for an at-large bid. That has not happened, and not only has West Virginia struggled in conference play lately, but they have mightily. A 1-9 mark in their last 10 games has all signs pointing to a lost season.