MAC Time: Watch Out For Ohio This March 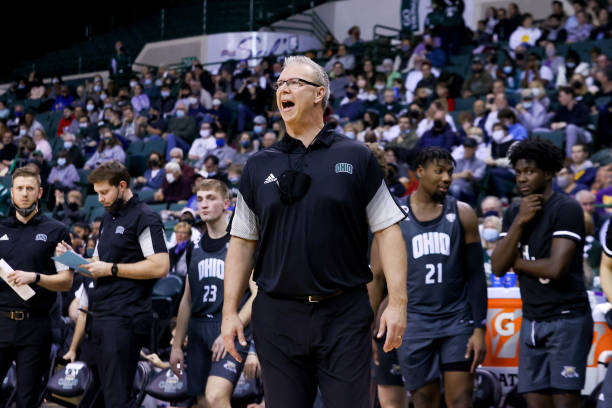 Three teams have been further above the competition in the MAC. On Friday night, the Ohio Bobcats showed why.

Coming into Alumni Arena, it seemed as if the Buffalo Bulls were headed in the right direction. The Bulls, who came into the season with high expectations, started just 6-6. But heading into a Friday night game on ESPNU, Buffalo had won 4 of its last 5 games.

That seemed like the perfect setup to knock off Ohio (15-3), a clear contender to win the MAC.

Poor execution was the theme for both teams through the first 12 minutes. A 19-15 Ohio lead was more in favor of a defensive-minded Bobcat team, but the Bulls had chances to overcome a small deficit.

But the effort stemmed more than just careless play with the basketball.

“When they jumped the passing lanes we didn’t react at all,” said Whitesell.

Ohio continued on its rampage in the second half, extending its lead, and prompting a full-court press from the Bulls.

Whitesell said the press, “gave us a bit of life,” allowing Buffalo to cut into the lead from time to time.

However, the difference in the game proved to be Ohio’s Mark Sears, whose 27 points led all scorers.

Just 1 point in the first 15 minutes.

10 minutes later and Sears has 17 to lead all scorers.

Ohio would be too much to overcome for the home Bulls, taking it 74-53. However, despite the uneven win, it provided a good idea of how the Bobcats might be able to perform in March.

If there’s one thing to note about Buffalo, it’s their athleticism. Despite what the score may show, the Bulls are full of athletic wings who can usually get to the bucket and create shots.

Ohio stopped that for most of the game, using the guard-forward tandem of Sears and Carter to create havoc on offense. That will be key against similar, more athletic teams the Jeff Boals’ squad could take on in March.

Defensively, Ohio stopped Jeenathan Williams, Buffalo’s leading scorer. That’s been a trend for Williams, who in his last five contests against the Bobcats, has only averaged 9.0 points per game.

Whitesell commented on how that’s a major testament to Boals’ defense, as Williams is a career 11.3 ppg scorer, and is averaging 18.7 points this season.

Now, a 16-3 Ohio team will get a three-game home stretch before heading to Toledo for a rematch against the team that gave Ohio its only MAC loss.

If Ohio is to come out of the MAC, a win over the Rockets, on their home floor, would really prove how dangerous they can be. But at Alumni Arena, Ohio certainly showed a good glance at what they’re capable of.