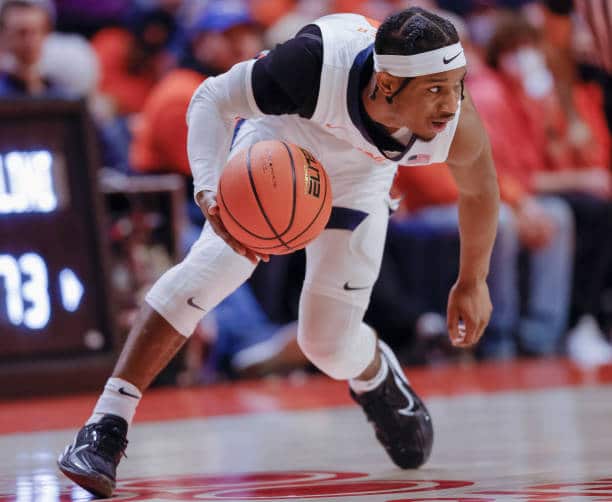 Michigan falls to just .500 on the season as Illinois extends its winning streak to six games.

What looks like a lopsided game was really a dumpster fire, to say the least. With bad turnovers and poor shooting throughout the game, it certainly wasn’t a game where either team showed their best game. The Illini, who was already expected to win, had two key players announced out. A late second-half scoring run by Trent Frazier helped Illinois pull away.

Takeaway #1: Both sides struggle to shoot from three

The Illini had an off-shooting night going 6-of-20 as a team. On the season, the Illini are a shade below 40% from deep, so you could credit Michigan for defending the line. Illinois’ top two shooters in Alfonzo Plummer and Trent Frazier went 1-of-5 and 2-of-8 each, both shooting well below their season averages.

With that being an off-shooting night for the Illini the Wolverines were even worse, going a dismal 1-of-10 from beyond the ark. Michigan is only shooting it a tad above 33% from three on the season, but 1-of-10 is a different story.

Takeaway #2 The best player on the court

With Hunter Dickinson being out still sick in an odd situation, Kofi Cockburn had the opportunity to take on a much weaker Michigan frontcourt. Cockburn put up his ninth double-double in a row with 21 points and 10 rebounds. “Uhm he’s big… I ain’t going to lie, it is challenging,” said Moussa Diabate, who was tasked with guarding Cockburn.

What’s Cockburn’s narrative? “No matter who is on the court, no matter what player it is, I always go out there and try to destroy them and dominate them,” Cockburn said. Wow.

Takeaway #3 The breakout of Devante Jones

Jones matched a season-high of 17 points while bringing his season average to 8.2 points per game. Jones had six boards as well as three steals forcing a few more turnovers from the Illini. Had it not been for his efforts on both sides of the ball the game would’ve gotten a lot uglier. It’s also a building block for the Wolverines, who were counting on Jones to be a bit more productive after what he showed at Coastal Carolina. Perhaps this could be what ignites him.