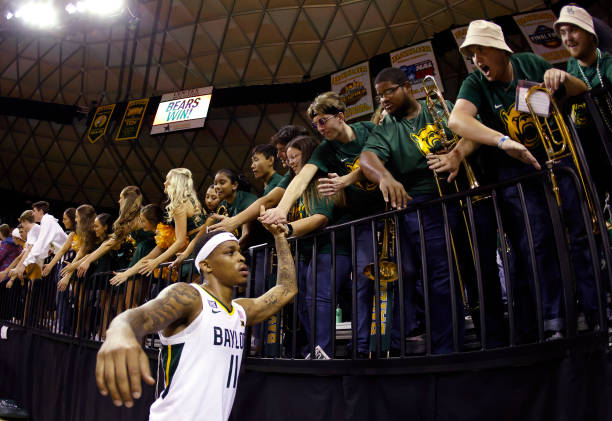 Despite a poor second half, Baylor got the job done.

No.1 Baylor extended their nation-leading 20 game-winning streak against Oklahoma on Tuesday, 84-74. But the Sooners and head coach Porter Moser put up a fight.

For a conference that has valued defense over the past few years, the beginning of the game was far from it. The two teams combined to score 58 points in the first 12 minutes.

Baylor led 45-36 at halftime, with both teams shooting over 63% from the field.

Both teams boast a KenPom top 35 defense, but that did not show in the first half.

Through all of the glamour of Akinjo and great offensive rebounding lies some flaws that the Bears showed on Tuesday.

Through their 18 turnovers, seven of them came from the Georgetown transfer.

Oklahoma ended up shooting 55.8% from the field and it was among the worst defensive performances of the past few seasons for Scott Drew’s club. The Bears’ fifth defense according to KenPom did not live up to the ranking on Tuesday.

The Sooners rank inside the bottom 100 with coughing up the ball over 14 times a game. That didn’t help against the Bears, as they turned the ball over nine times in the first half and 16 overall in the game.

It also didn’t help as the Sooners only grabbed 16 rebounds in 40 minutes. Oklahoma got great help from Jalen Hill and the Groves brothers, but the lack of rebounding and turning the ball was felt on the losing side.