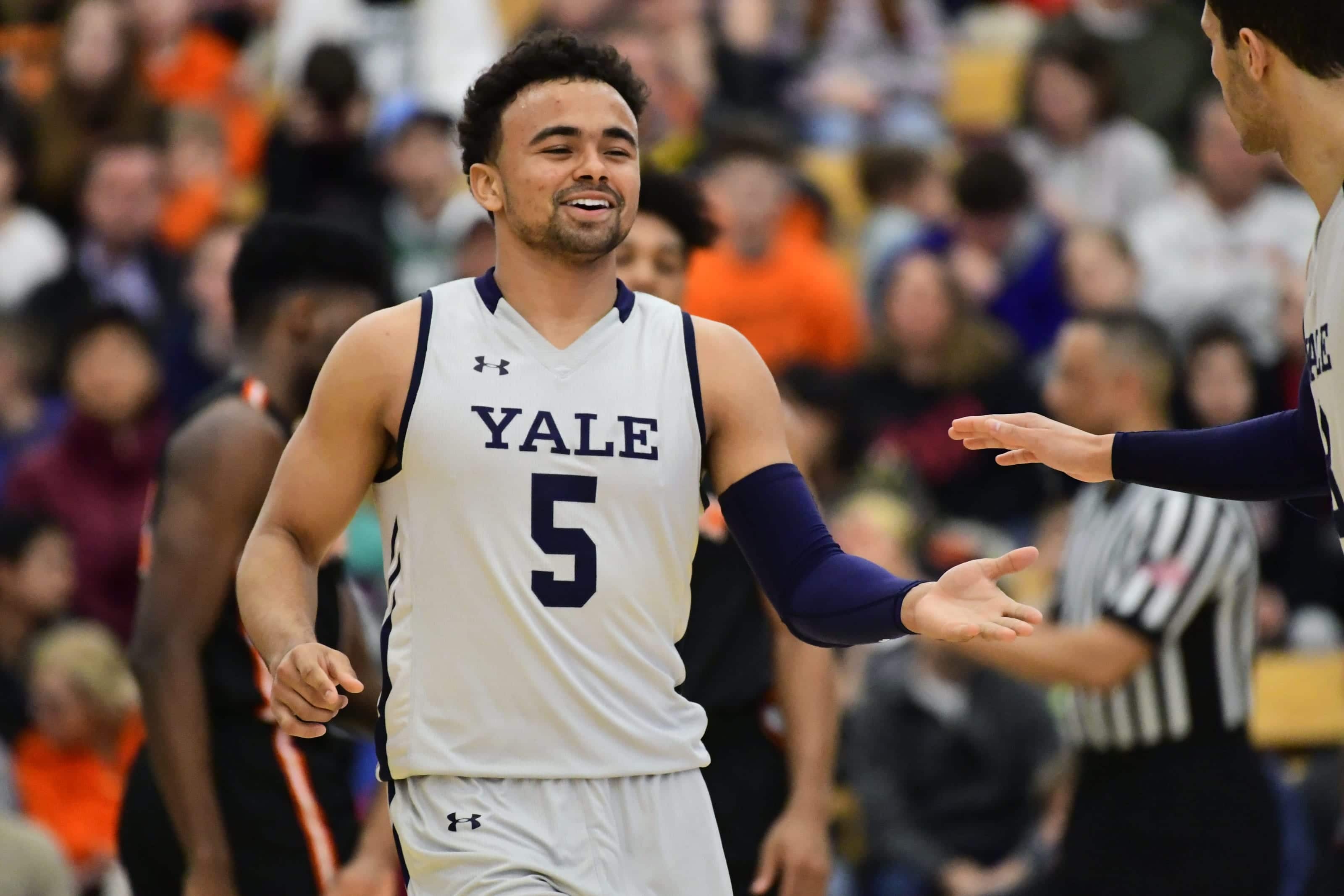 Yale basketball was up from the start.

The Minutemen scored the first seven points of the game but Yale basketball quickly erased that deficit. They took the lead at the 13:59 mark of the first half and never looked back.

If you see the score, it shouldn’t surprise you that the Bulldogs dominated in all facets of the game. They shot 43% from behind the arc and 54% overall. UMass basketball, on the other hand, often found themselves heaving up contested threes, failing to generate open looks from their guards.

Matthue Cotton had the hot hand tonight, scoring 23, as one of three scorers in double figures for Yale. For UMass, Noah Fernandes led the way with 13.

Rebounding was a big emphasis in Matt McCall’s practices this week and they actually were effective in holding the Bulldogs to just four offensive boards. However, that is just a small part of the full story.

Yale basketball finished each of their past two seasons in the top 75 in both two-point percentage and two-point defense. UMass’ smaller personnel was unable to finish on the interior throughout the game. Whereas the Bulldogs was constantly getting post touches and capitalizing, the Minutemen resorted to the dribble drive, which was almost entirely cut off by Yale’s stout defense.

Yale also looked much more polished and ready for the task. At first, it was a plethora of missed shots that led to transition opportunities for the Bulldogs. Then, Cotton and Azar Swain heated up and knocked down a total of eight three-pointers. That led to more aggressive closeouts for UMass, in which Yale proceeded to utilize the dribble drive and backdoor cuts.

Yale basketball will travel to Seton Hall this weekend, which will pose much more of a threat to what they are comfortable doing. However, this is certainly a promising sign for their fate in the Ivy League. As for UMass, the same defensive problems that have ensued for years simply continued.

In a Matt McCall system, having a big that can shoot and oversee the floor is critical. Against UMBC, UMass forward Trent Buttrick nailed three three-pointers, all in the second half. In this game, the frontcourt went a combined 2 for 8 from long range.

Adding the aforementioned lack of physicality, future opponents with more length are going to give the Minutemen major difficulty.